Below, Joseph tells us the story from her side of the diamond.

At this year’s Michigan Stars Tournament, I had a fun and unique experience: I got to play against one of my good friends, (and fellow MHSAA Student Advisory Council member) Taylor Krumm.

Taking the field against Walled Lake Central, I was excited to see a familiar face on the other side of the field.  My team, Notre Dame Prep, was warming up for our fifth and final game of the weekend, and we were more than a little tired.

For me, knowing that I would be playing not just against Walled Lake Central, but against my friend Taylor, gave me extra motivation to play hard.

As a pitcher, one of the reasons I like to play softball is the mental game. Usually, I am just pitching against another nameless batter from the other team. But that day, it was different. Taylor hit in the lead-off spot for Walled Lake, so she was the first batter I faced. Immediately, the competition was on. I was eager to strike her out; she wanted to get a hit. We both made great plays and also made some mistakes throughout the game. In the end, I wasn’t going to win the game by myself and neither was she. Even though I had some extra motivation to pull off a win, I needed to make sure that I translated that energy to my teammates.

Playing against Taylor made that game more exciting, and also put softball in general back in perspective.  I knew that Taylor and I would still be friends no matter who won, which relieved some of the pressure to win and reminded me that I play softball simply because it’s fun. 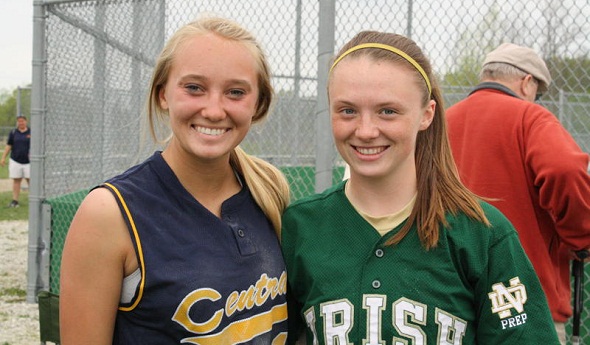