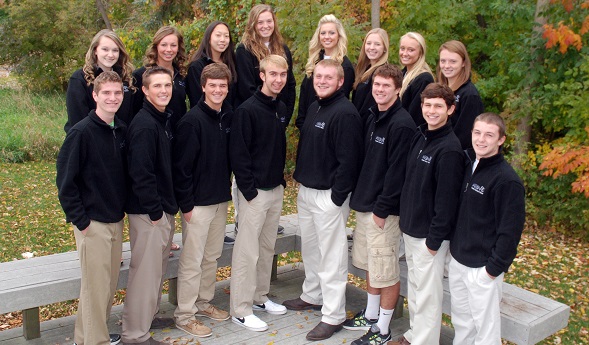 Eight student-athletes who will be juniors at their schools during the 2013-14 academic year have been selected to serve a two-year term on the Michigan High School Athletic Association’s Student Advisory Council.

The first Student Advisory Council was formed for the 2006-07 school year. With the addition of this class beginning this summer, members will have represented 55 schools from 34 leagues plus independent schools that do not play in a league. Combined, the new appointees have participated in 12 MHSAA sports, and seven of the eight will be the first SAC members from their respective schools.

The Student Advisory Council meets six times each school year, and once more for a 24-hour leadership camp. In addition to assisting in the promotion of the educational value of interscholastic athletics, the council discusses issues dealing with the 4 S’s of educational athletics: scholarship, sportsmanship, safety (including health and nutrition) and the sensible scope of athletic programs. There also is a fifth S discussed by the group – student leadership.

This school year, the Council judged the second “Battle of the Fans” after creating the contest during 2011-12 as a way to promote positive sportsmanship. The Council also began updating the “Captains 101” leadership guide that was published in 2009 and has been distributed throughout Michigan and also, by request, to other states and internationally. The Council aims to finish the update by the end of spring 2014.

PHOTO: The 2012-13 Student Advisory Council is in its final month before welcoming a new class this summer.