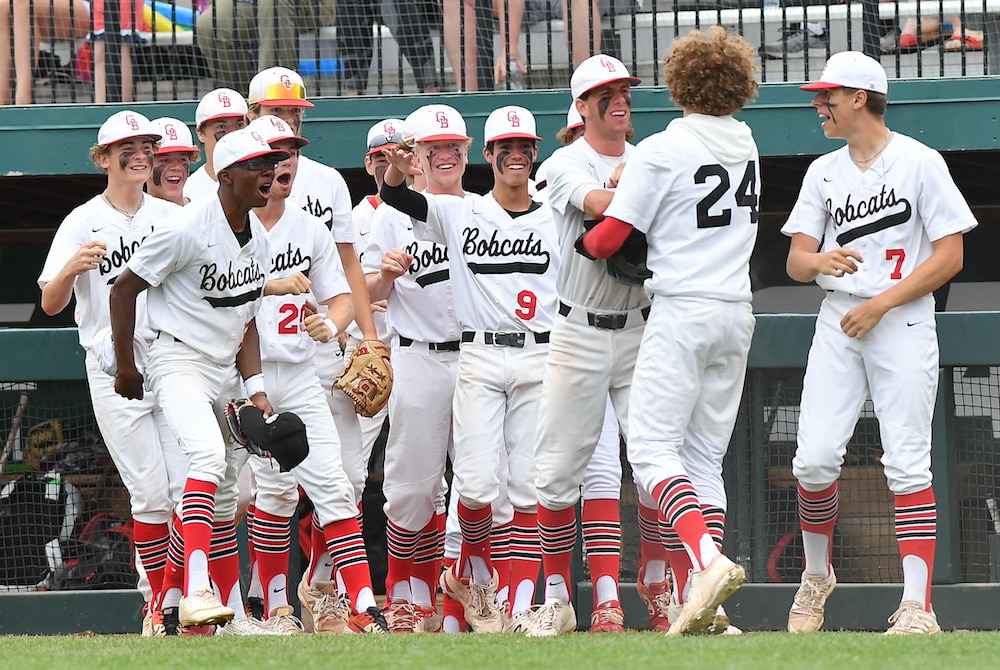 EAST LANSING – Pitching and defense have been staples of the Grand Blanc baseball team during its postseason push.

Those two elements combined with timely hitting to help carry the Bobcats to an 8-3 victory over Portage Central in Saturday’s Division 1 Final at Michigan State’s McLane Stadium.

“That’s been our MO most of the year and definitely through this playoff run for sure,” Bobcats coach Kevin Hubbs said. “We’ve counted on several kids, and today it was (pitcher) Nate Helms, and our defense has been stellar.

“We know that will keep us in any ball game, and the last couple games our bats have come alive, too. We’re a tough ball club when we’re clicking on all cylinders like that.”

The win capped off a season of firsts for the Bobcats (33-11), beginning with their first Regional title.

“We played an extremely tough schedule all season long, especially nonconference, to get to this point,” Hubbs said. “We knew we would take some lumps along the way, but we knew it would prepare our kids ultimately to play in games like this.”

Grand Blanc senior center fielder Jonah Meleski, who had a hit and scored two runs, said the team peaked at the right time.

“This postseason has been insane, and we haven't given up very many runs at all,” he said. “The pitching has been dominant, and everyone defensively has been locked in. 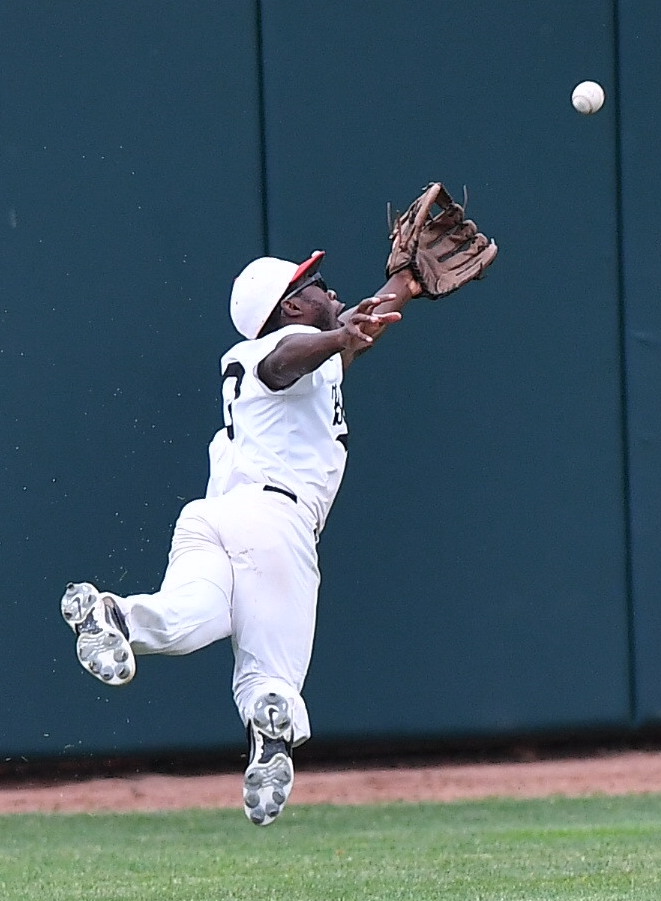 “We’ve always been a good team, and we played the best competition in the state. We were always looking for competition, and we didn’t settle for easy wins. That’s why we are here, and this couldn't be any better, especially as a senior.”

On defense, Grand Blanc left fielder AJ Maxwell made an amazing diving catch in the bottom of the inning to prevent at least one run from scoring.

“That was huge,” Hubbs said. “He doesn't catch that ball, then it’s a triple and a 2-1 ball game. It changed the momentum and kept it in our favor.”

The Bobcats broke it open in the fifth with six runs on five hits. They also took advantage of two Portage Central errors to go ahead 8-0.

“Everyone got hot at the right time, and everyone took their job seriously,” Meleski said. “It was just a great moment, and the momentum shifts completely.”

Grand Blanc made a habit of grabbing early leads and not relinquishing them.

“We haven’t played from behind yet this entire postseason run,” Hubbs said. “Our kids only know how to play with a lead, so it gets tough on other teams when we are playing like that with a lead.”

Helms, a junior, was brilliant on the mound until the sixth inning, when the Mustangs (35-5) touched him up for three runs.

Luke Leto scored on an infield single and Gavin Brasosky belted a two-run homer over the right field fence.

“That’s the character of this team,” Mustangs coach Cory DeGroote said. “They were frustrated, but they didn’t quit. They didn’t like the fifth inning, either, and I love that.

“The (six total) errors were uncharacteristic of us to have those happen, but that’s baseball, and we just couldn't figure their pitcher out.  We couldn’t get good swings and string anything together.”