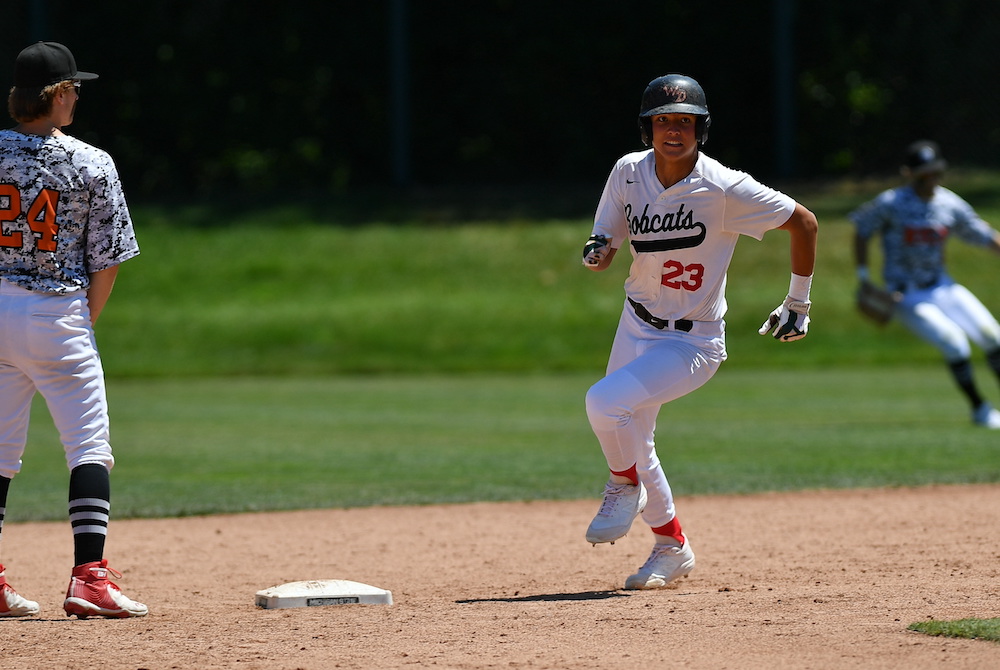 EAST LANSING – Bloomfield Hills Brother Rice might have been making its third-straight trip to the MHSAA Semifinals and Grand Blanc its first ever, but Grand Blanc certainly wasn't nervous to start Thursday’s second Division 1 game at McLane Stadium.

Excited and ready from the first pitch, Grand Blanc scored four runs in the first inning, which set the tone for a 9-1 win.

“It can be a double-edge sword in certain situations,” Grand Blanc Kevin Hubbs said. “We kind of told our kids the pressure was kind of on them in a way because they’ve been here so many times. This is our first time. We just told the kids to come out and have fun regardless of what happens. If you’ve seen our kids in the dugout all season, win or lose, they are going to leave the ballpark having fun.”

Grand Blanc (32-11) jumped on Brother Rice in the top of the first inning, sending 10 hitters to the plate.

The Bobcats built a 3-0 lead just five batters into the game, and rolled from there in advancing to meet Portage Central in Saturday’s 9 a.m. championship game.

Following a leadoff double, Jonah Meleski scored after a bunt single by AJ Maxwell and subsequent throwing error. Following a walk to David Lally and a strikeout, Nathan Fidelino lined a two-run double down the right field line to make it 3-0 Grand Blanc. Brother Rice answered with a run in the bottom of the first inning on an RBI groundout by Will Shannon.

Grand Blanc kept up the pressure in the second, loading the bases and taking a 6-1 lead on a two-run single with two outs by Dylan Bowen. The Bobcats added a run in the fourth inning when Tim Welsh walked with the bases loaded to make it 7-1. They then made it 9-1 in the fifth inning with a two-out rally after the first two men were retired; Fidelino hit an RBI single to left, and then pinch hitter Kyle Keener hit an RBI single to right.

The damage done by Grand Blanc actually could have been worse. In addition to 12 hits, the Bobcats drew 10 walks and had three batters hit by Brother Rice pitching.

Fidelino finished 3-for-4 with three RBI and a run scored, and Bowen added two hits and two RBI to lead the attack for Grand Blanc.

“It’s surreal,” Fidelino said. “I’ve never felt anything like it. We had a whole city on our back today. It felt great. This is the best team we’ve ever had, and this is the furthest we’ve ever gone. Every game, we leave it all on the field.”

Lally, who has committed to Notre Dame, allowed four hits and struck out five in six innings of work on the mound for the Bobcats.