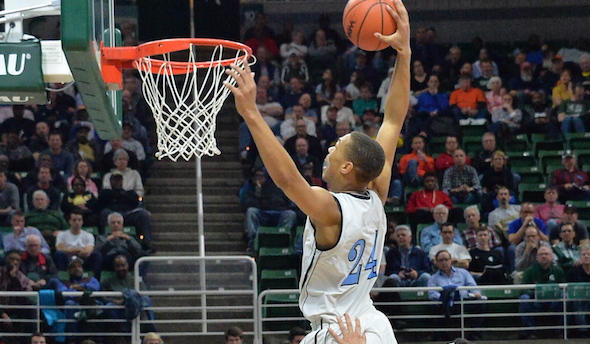 EAST LANSING – Xavier Tillman stood taller, literally, than anyone else on the court during his team’s Class A Semifinal on Friday at the Breslin Center.

Figuratively as well, the Grand Rapids Christian senior has stood as tall as any of the giants who have dominated the floor in Michigan this season.

But if Christian wins its first MHSAA championship Saturday since 1938, just as much credit will belong to his supporting cast – even as he called himself not the star, but rather the distributor after they beat Romulus 74-52 to advance to the Final.

Five teammates scored more than Tillman on Friday. But that doesn’t mean the 6-foot-8 forward’s presence was negligible. He took only three shots, scored only five points, but also had eight rebounds, six assists and seven blocks and drew plenty of attention from Romulus to help Christian make its first championship game in 80 years.

“I have a team full of scorers,” Tillman said, “so my job is to facilitate on my team.”

“We’ve always said we have to get the ball in to Xavier and let him make a play, whether it’s for himself or his teammates, or at least draw attention,” Grand Rapids Christian coach Mark Warners added. “Xavier said it; you don’t know who is going to score, and with these guys what’s been great all year is they don’t care.”

Grand Rapids Christian (27-0), No. 1 in Class A at the end of the regular season, will face No. 3 Clarkston at noon Saturday for its first MHSAA title since winning the Lower Peninsula Class B championship in 1938 (from 1932-47, one champion was awarded from each peninsula in Classes B, C and D; in 1943 no statewide champions were awarded).

Romulus (21-5) last had been to Breslin much more recently, winning Class A in 2013. But although it gave a strong challenge into the third quarter this time, no one has stood in Christian’s way for the entirety this season.

Christian opened the third quarter on a 15-3 run over five minutes, as senior James Beck II had six of his game-high 24 points.

“He did keep us in it,” Warners said. “He gets the points where it’s off a rebound or putback, or he gets an and-one on the break and makes the free throw, or he gets the dump down from a guard or Xavier and can score around the rim in so many ways. It’s a really nice thing to have.” 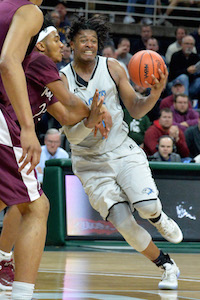 For the game, Beck connected on 11 of 17 shots from the field as Christian made 54 percent as a team.

Romulus hit only 35 percent of its shots from the floor and 31 percent from 3-point range, hindering a team that already had a tough time matching up with more sizable Christian.

“It’s kind’ve a shock. We’ve never gone 8 for 26 from the 3-point line,” Romulus coach Jerret Smith said. “We prided ourselves on hitting shots this year, and when you can’t hit shots it’s hard – especially when you have the kid who’s 6-8, 260 in the lane. It’s very hard to get him out of the lane if you’re not hitting shots.”

Three starters and the top-playing sub from Friday should be back for Romulus next season. Romulus entered the postseason an honorable mention in the Class A poll, but eliminated reigning champion Detroit U-D Jesuit in the Quarterfinal.

“The good thing about this is the foundation has been laid,” Smith said. “We hadn’t been here in four years, and that was a long time for us. I’m so proud of these seniors; all around, they put a lot of work in. … When you get tough losses, you’ve gotta except those too. Grand Rapids Christian was a better team today. We’re not going to make excuses. We’ll just come back and get in the gym, and hopefully next year will be our year.”