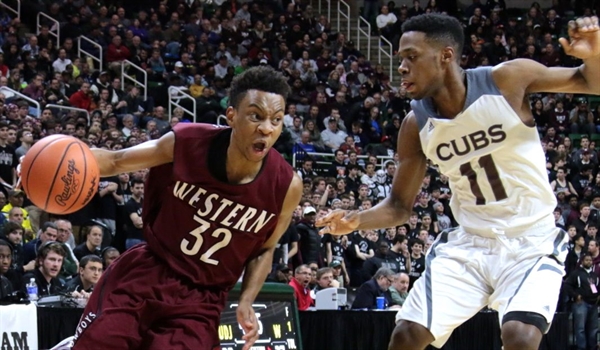 Click below for highlights from all four teams that took the court.

Get That Outta Here! - Willie Rogers of Saginaw Arthur Hill comes up with a monster shot block during the third quarter against Lansing Everett.

Neely Flies Downcourt - Brailen Neely led Detroit Western with 16 points in its Class A Semifinal win over Detroit U-D Jesuit, with two coming on this dash downcourt after a rebound.

Winston Drives & Scores - Cassius Winston of Detroit U-D Jesuit led all scorers in this Class A Semifinal with 21 points. Here he scores on a drive to the basket.

PHOTO: Western’s Josh McFolley drives hard in an effort to get past Jesuit’s Gary Collins during their Semifinal.