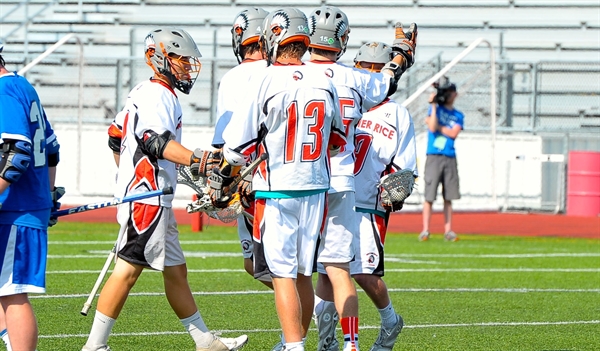 TROY – Along with a fortunate few Saturday, Jason Alessi finished his senior year with a win – and an MHSAA title.

But there can’t be many over the last 90 years who have contributed to seven Finals championships.

This spring presented its own set of challenges for Alessi and the Warriors, who lost to an in-state opponent (eventual Division 2 champ Detroit Country Day) for the first time since 2002. But the end result proved typical of an Alessi-led team – Brother Rice dominated Detroit Catholic Central 23-7 in his final championship game.

“As an athlete, you always want to do more. After that one championship, you want the next. There’s always bigger and better things,” Alessi said. “I’ve been lucky enough to win seven overall and four in just lacrosse. Hopefully I can keep that going in my future.

“As a senior there’s always an amount of pressure to go out on top and win a state championship. And finally that’s off our shoulders, and we can say at Brother Rice that we were champions. Not too many people can say that across the state or country, but we’re fortunate that we can say that.”

Brother Rice and DCC had met twice before this season; the Warriors won 15-9 and then 12-8 in the Detroit Catholic League Division 1 championship game.

So it was a little bit shocking when Brother Rice (19-4) jumped out to a 4-0 lead after just nine minutes and led 16-3 at halftime. 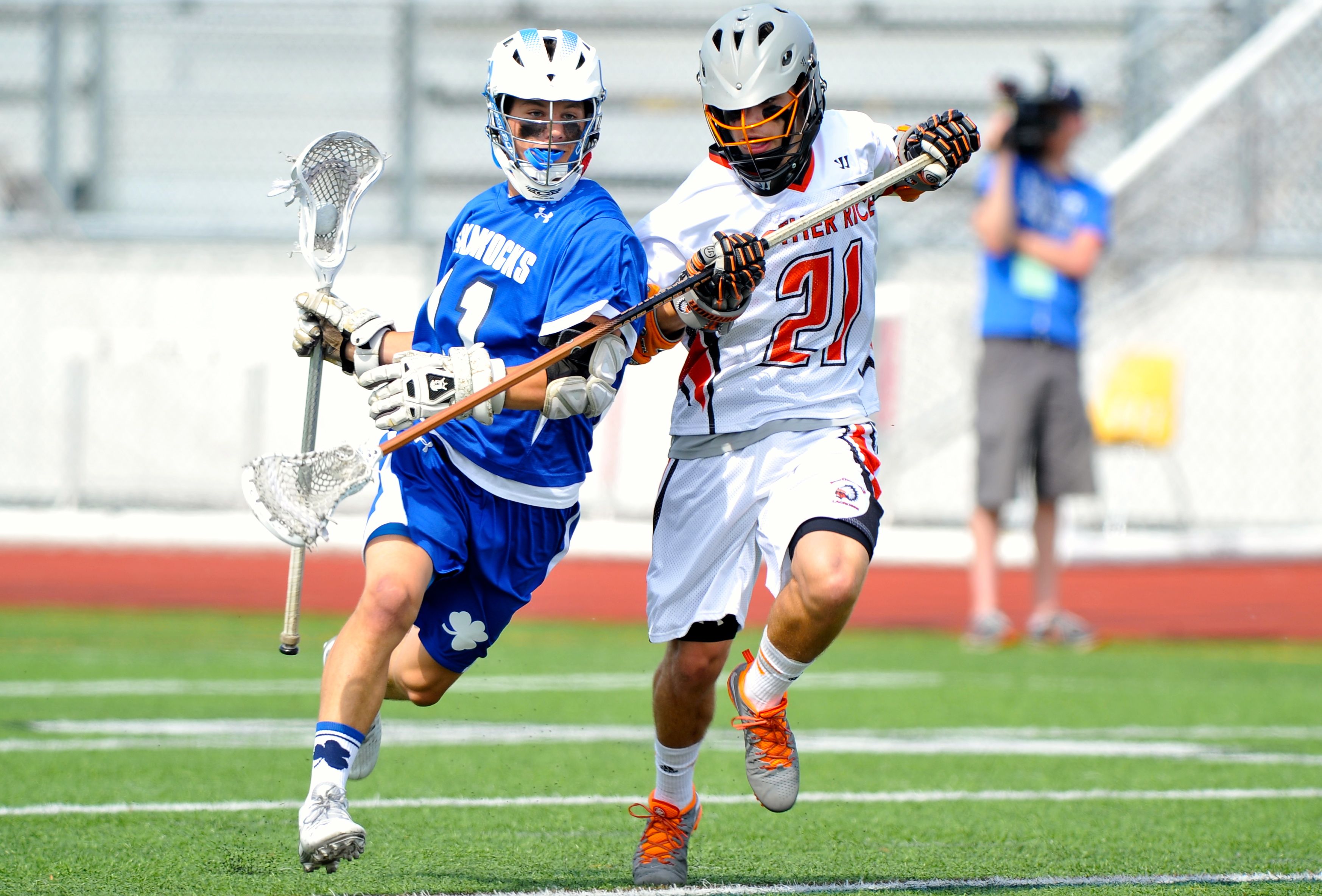 Alessi, who tied an MHSAA Finals record with six goals in the 2013 championship game, scored Saturday’s first and finished this time with four goals and three assists. But sophomore Morgan Macko tied that record with six goals, to go with two assists, and junior John Lockwood and senior Joe Dudley both added three goals.

“Our guys came out pumped. When you get CC in the state championship game, that’s a huge rivalry on any day let alone a Saturday in June,” Brother Rice first-year coach Ajay Chawla said. “They had some great looks early, and I think they deflated CC pretty early. When you take the air out of a team like that, the rest of the game, you kind of own it.

“All of our guys played awesome today. Alessi’s … a guy who comes around once every 15, 20 years. You’ve gotta take advantage of him when you have him. He’s been awesome for us, and today he was a big-time leader for us.”

Brother Rice broke its 2007 MHSAA Finals record of 17 goals, and the teams together set a record with 30 goals in a championship game, three more than Country Day and East Grand Rapids combined to score in the 2005 Division 2 Final.

But that’s little consolation for the Shamrocks (15-6), who made their fourth championship game appearance in the MHSAA tournament’s 10-year history and first since falling to Brother Rice in 2010.

“The lockerroom didn’t feel good. The bus ride didn’t feel good. I just thought that there was a lack of energy that we had all year,” Wilson said. “I would have to say out of a 48-minute game, we had six to eight minutes of possession time. We’re the number one scoring team in the state at 15.6 goals per game; we had seven goals.

“Give Rice credit. They dominated the tempo of the game by keeping possession. And it’s a mathematical certainty that every time you give the other team the ball, eventually they are going to score and they’re going to score a lot.”

Alessi initially committed to play college lacrosse next season at the University of Michigan, but since has chosen to continue his football career at Yale University. He’s also in the MHSAA football record book for multiple kicking accomplishments and two kickoff returns – including a 91-yarder for a touchdown during the Warriors’ 2012 championship game win over Muskegon.

“In high school, I’ve had a bunch of great times, to say the least,” Alessi said. “A bunch of memories to look back on and tell my kids, and (making) all my friends. It’s unreal almost.

“The fans every Friday night, and then coming in for lacrosse. … I’ll sure miss it.”