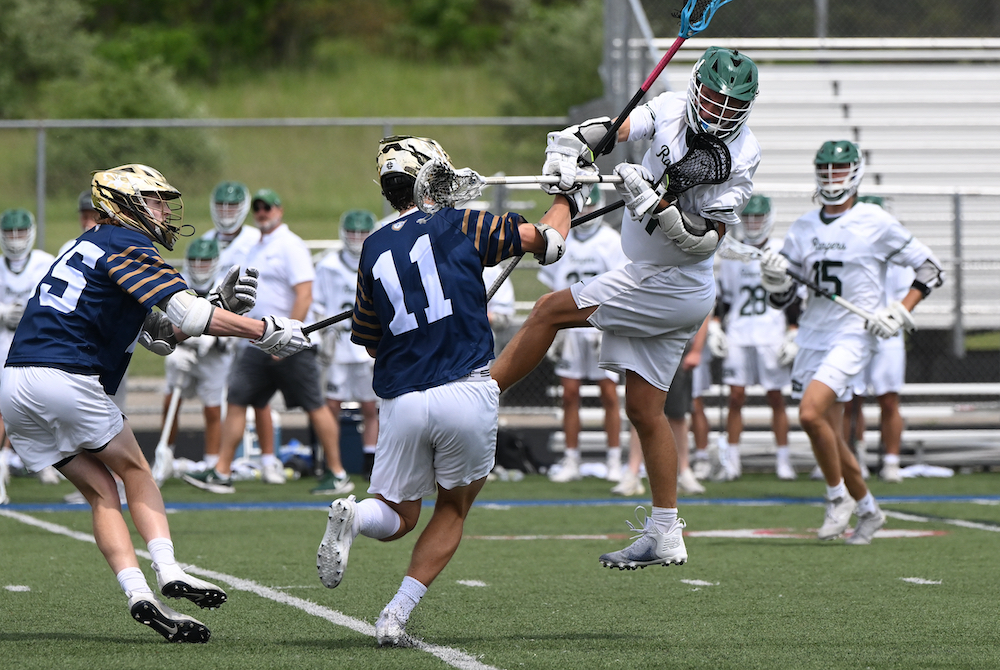 HOWELL – Both sides knew what to expect in Saturday’s Division 2 Boys Lacrosse Final at Howell Parker Middle School after having faced each other early this regular season.

Grand Rapids Forest Hills Central entered the rematch undefeated behind the sterling goaltending of Crandall Quinn, a junior already committed to the University of Michigan.

Forest Hills Central secured its fifth Division 2 title, while the Yellowjackets were playing for a potential third.

“We came out a little bit slow,’’ said Rangers coach Andy Shira. “We had some lapses, not moving our feet. We gave them a little too much space to get their hands free and reach back to shoot. It was a good adjustment by our defense coordinator Andrew Clay. Simple things that got us here.

“Crandall is one of the best players in the state of Michigan. He’s deserving of the accolades he has gotten. He was an All-American last year as a sophomore (and) was phenomenal. I wouldn’t be surprised if he got it this year and next year. He stood on his toes.

Trailing throughout the first half, the Rangers did take a 7-6 halftime lead as two stingy defenses kept the game close.

Country Day’s Caden Daley tied the game at 7-7 with 6 minutes, 24 seconds to play in the third quarter. But Forest Hills Central regained the lead on Jake Koning’s first goal of the game. 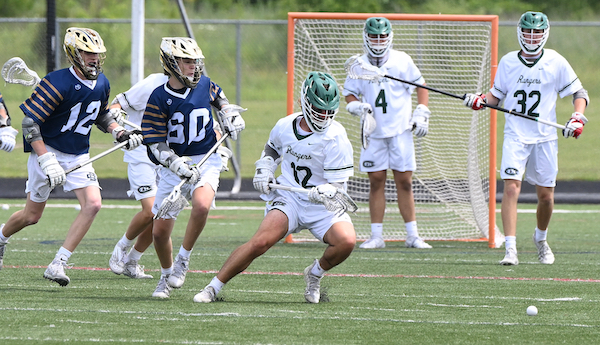 Nathan Sarjeant give the Rangers their largest lead of the game at 9-7 on a goal late in the third. Country Day’s Talon Garn made it a one-goal game with 8:46 to play, but Miles Duiven scored his second of the game moments later to make it 10-8 FHC.

McConnell scored his fourth goal of the game to give the eventual winners an 11-8 cushion with 5:08 to play.

“We knew they were going to focus on John (Tomsheck) a lot,” Shira said. “Jonah plays well off John. We knew that would free him up.”

“Because they were playing tight on John, it left me wide open,” McConnell said, “so I was able to get open and the midfielders were working their butt off.’’

Country Day was held to two goals during the second half.

“I have a great defensive unit,’’ said Quinn. “They did everything they could to win this game. We came out a little soft at first, and we realized that’s not the game we play. During halftime we had a big speech about it, and we came out and showed who we are.’’

Sophomore midfielder Caiden Ramos got Country Day on the board 90 seconds into the action for a 1-0 lead. Parker Yearego made it 2-0 seconds later.

At the 7:52 mark, Yearego added his second goal of the game to make it 3-0 as Shira was forced to call a timeout. It was Yearego’s 96th goal of the season.

A minute later, sophomore Nolan Hartl got the Rangers on the board to make it 3-1.

A lengthy attack by Forest Hills Central produced a goal by McConnell to trim the deficit to 3-2 at the end of a physical first quarter.

Luke Grove notched his first goal of the game early in the second quarter to make it 4-2. Duiven made it a one-goal game again with his first goal with 7:35 to play in the half.

Forest Hills Central tied it up on Sam Sneider’s goal with 6:14 left. It wasn’t tied for long as Yearego scored his third of the game 10 seconds later to make it 5-4. But the Rangers’ Magnus Salmon twisted and turned until he got free to tie the game at 5-5 less than a minute after that.

Country Day’s Garn scored his first of the championship to give the Yellowjackets a 6-5 lead with 3:14 remaining in the second quarter. McConnell responded 11 seconds later with his second to tie it, 6-6. A minute later, McConnell gave the Rangers their first lead of the game with his third goal to end the first-half scoring.

“I want to give them the credit,’’ said Country Day coach Chris Garland. “It’s a well-coached team, and Andy does a great job with is kids. There’s no one to blame, but it just didn’t go our way today.’’

PHOTOS (Top) Forest Hills Central and Country Day players contend for the ball Saturday, including the Yellowjackets’ Ryan Lyngklip (11). (Middle) The Rangers’ Jonah McConnell (2) chases down the ball with Country Day’s Will Thompson (60) right behind him. (Click for more from Hockey Weekly Action Photos.)