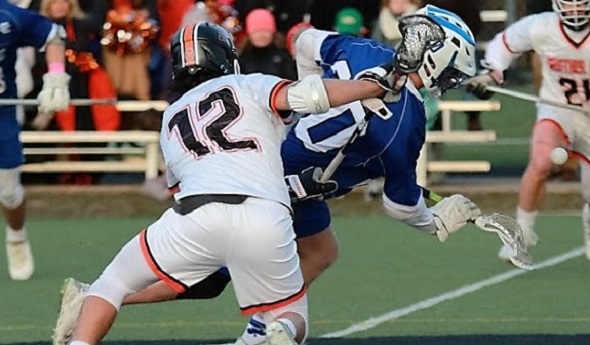 The win was only one and came now a month ago, and the first of two possible rematches is Saturday.

So everything about this Detroit Catholic Central boys lacrosse season hasn’t been and shouldn’t be about a 10-9 overtime victory April 10 over Birmingham Brother Rice, the Shamrocks’ first over their rival since 1994.

But edging the Warriors also has served as a springboard for top-ranked DCC, which will face Brother Rice again in Saturday’s Detroit Catholic League A-Division championship game and quite possibly in next month’s MHSAA Division 1 Final for the fifth straight season.

DCC is the MHSAA/Applebee’s “Team of the Month” for April, in part for overcoming the Warriors for the first time in decades, but also for a 12-2 record that includes a 9-0 mark against in-state competition.

The Shamrocks also own wins over No. 9 Rockford and Division 2 No. 2 East Grand Rapids, last season’s champion in that division, and claimed a two-goal thriller against Toronto St. Michael’s College. Those are among performances that have given 13-year coach Dave Wilson an idea what his team is capable of heading into the two biggest regular-season games of the season and the MHSAA Regional starting next week.

“They’re willing to do some of the really little things, and listen and make sure we’re all on the same page,” Wilson said of his team. “And they just have a willingness to go to the next step.”

So far, those next steps have looked like six wins scoring at least 20 goals – and perhaps more impressive, 11 games giving up nine or fewer and seven giving up four or less. The losses came by only seven goals to undefeated Indiana powerhouse Culver Military Academy and five to Ohio’s Dublin Coffman, which had just one defeat entering this week. 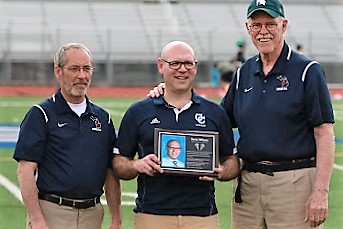 DCC has a mix of experience with seven seniors and larger groups of juniors and sophomores. Senior attack Peter Thompson and junior attack Joey Kamish are returning all-staters. And Wilson recently was named to this year’s Michigan High School Lacrosse Coaches Association Hall of Fame class.

Senior midfielder Ethan Pattinson is among those leading the way on this run – “When things really get tough, he just puts it into another gear,” Wilson said. The coach also mentioned senior mid Patrick Brandemihl, who is among those doing those little things, providing great defense and the occasional goal while filling roles that frequently are unsung.

After Brother Rice on Saturday comes Division 2 top-ranked and undefeated Grand Rapids Forest Hills Central a week from today – and then another opportunity to take another giant step. And that takes us back to Brother Rice one more time – the Shamrocks fell to the Warriors by only a goal in last season’s Division 1 Final and by only two in the 2016 championship game.

“It’s given us a nice confidence booster,” Wilson said of the win over the Warriors on April 10. “But no matter how emotional a win, that’s still only one win.”

And yet, he’s learned something else promising about this team from that game and its mostly impressive first six weeks: “Just the intensity of when we’re on, we are really on.”