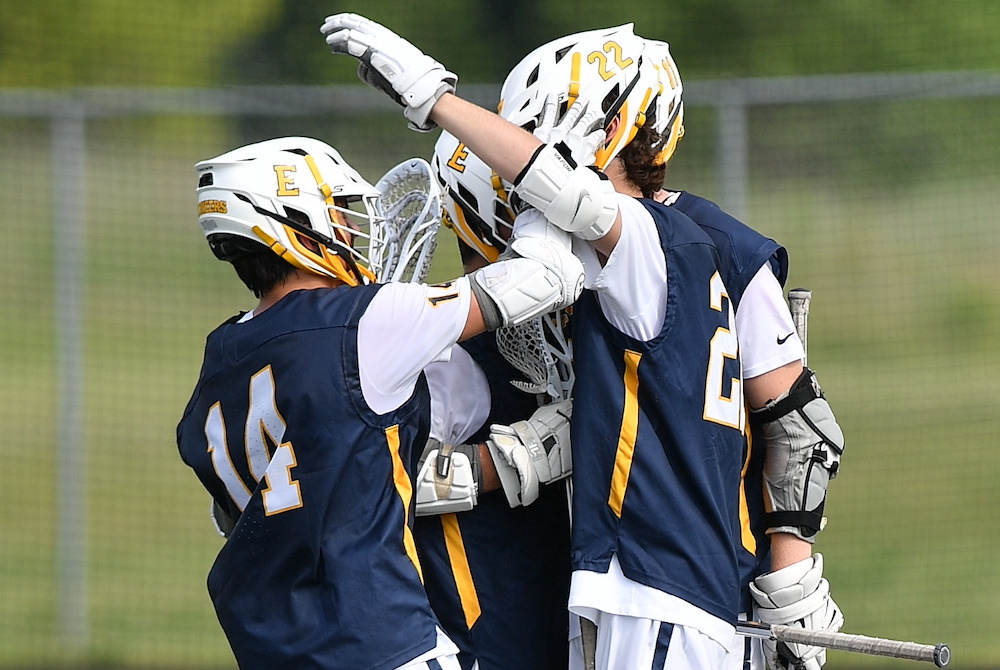 HOWELL — If East Grand Rapids senior Ted Campbell was the difference-maker for the Pioneers during the MHSAA Division 2 Final on Saturday, junior Jack Higgins had to be the answer.

“I think I was just in the right spot at the right time,” Higgins said. “The coaches had us going through our offense, and the ball came to me and the opportunity presented itself. I just finished.”

The first of his two goals came in the opening minutes of the second half. Forest Hills Eastern had trimmed the lead to 4-3 thanks to scores by seniors John Morgan and Kevin Sprague. Higgins scored unassisted to build the lead back to two.

Late in the third quarter, with the Hawks again applying pressure after cutting the lead to 8-6 on a goal by senior Nicholas Mesler, it was Higgins who once again stepped up and scored to make it a three-goal game.

“The coaches drill it into our minds that there are going to be ups and downs throughout the game and we just need to keep our composure, play our game and we’ll come out on top,” Higgins said after the game. 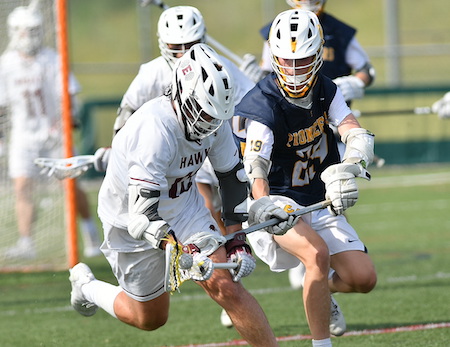 The Pioneers weathered a couple more Hawks rallies in the fourth quarter. This time it was Campbell who answered the call. He scored the first two goals of the final period — giving him six for the game. Forest Hills Eastern would not get within two goals after that point.

“I just try to get everyone fired up to play every day and make things as fun as possible,” said Campbell, who finished the day with six goals. “If helping the team win means scoring goals, that’s what I’m going to do.”

The state championship was the Pioneers’ third since the 2017 season, but the first for Campbell, who was on the junior varsity team the last time his school won a title in 2018.

“It feels amazing. It was an underwhelming season in 2019 — to say the least,” he said. “We thought we had a chance last year, then the season got canceled. We had no chance, so to even just be out here on this field — let alone win it — feels so great. This is the best way to bounce back.”

Morgan finished with a team-high three goals for Eastern (15-6), which also finished runner-up in 2019. Mesler and Sprague finished with two goals apiece for the Hawks, while Samuel Bowen, Kaden Dietrich and Preston Hoexum scored one. Senior George Hoexum made six saves in goal.

Mason Margherio had three goals and two assists for East Grand Rapids, which finished the season (20-2). Kase Vandermolen also scored for the Pioneers. Junior goalie Adam Hall made 10 saves to get the win for EGR, which also beat Eastern 7-6 in their early-season matchup.

“They’re a different team. We’re a different team,” EGR interim head coach Adam Brant said. “We’ve made changes since we watched that film from a month and a half ago. I’m pretty pleased with our overall effort. I think that’s what it came down to, hustle.

“This team is just so resilient. They’re just an incredible group of guys. This is a testament to the players. I’m just so happy for them. I can’t think of a group of guys who deserve it more.”