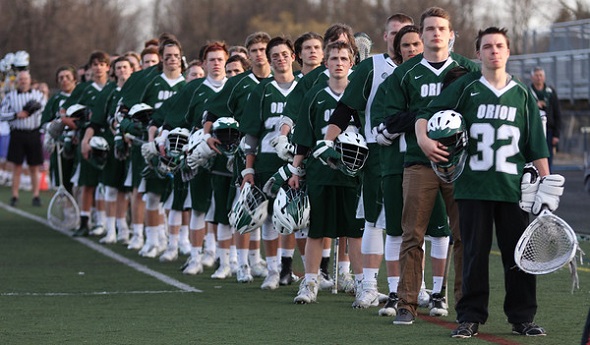 Brad Thomas and his coaching staff did their best last May to make practices fun. But that wasn’t always easy with his Lake Orion boys lacrosse team heading toward the end of a second straight sub-.500 season.

A year later, everything has changed.

The Dragons are 14-1 and have clinched the Oakland Activities Association Red championship – and are the Applebee’s Team of the Month for April after starting the season with 10 straight wins through April 30.

Lake Orion was 7-12 in 2014 and 5-14 last spring after starting 2-8 both of those seasons. But the Dragons showed signs of emerging near the end of 2015, winning three of their final six games. And five of their losses last season were by four goals or fewer.

“We have a lot of upperclassmen who have been up (on varsity) the last couple of years and experienced a lot of close losses,” said Thomas, who is in his sixth season leading the program. “It would be a one or two-goal game, and we wouldn’t make a play at the end.

“This year, we’ve had a lot of close games. But we’ve found ways to make plays, and that’s been driven by the seniors. … Whether it’s been locking in defensively, or scoring more goals on offense or finding a way to get a ground ball. And the younger guys have bought in and see how special we can be.”

The turnaround has included first wins in program history over Birmingham, Clarkston, Troy Athens and Rochester Adams. Lake Orion is ranked No. 8 in Division 1, with its only loss by a goal to Division 2 No. 8 Orchard Lake St. Mary’s on May 3.

That Birmingham win – 9-8 in overtime on April 15 – gave Thomas an idea that the just-miss experiences of the last two seasons might pay off. The Dragons have seven wins by four or fewer goals and two one-goal wins over their last four games, including a double-overtime edging of Bloomfield Hills. 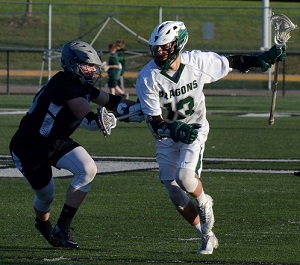 This senior class also is the first to play in the middle school program, and the community’s 5-year-old youth program now starts at 9-and-under.

The team has worked to become part of its greater community as well, last season playing a “Lacrosse for a Cause” game that raised money for ALS of Michigan after the mother of a player died after suffering from amyotrophic lateral sclerosis, commonly known as Lou Gehrig's disease.

Two weeks ago, the team through fundraising and the dedication of its game against Oxford raised more than $6,000 for the Fallen and Wounded Solider Fund, a Bloomfield Hills-based effort that provides financial assistance to veterans and their families.

“They’re just good people,” Thomas said of his players, “just a great group of guys who work hard and are dedicated to being good to each other – a great example of what we want the program to be here.”