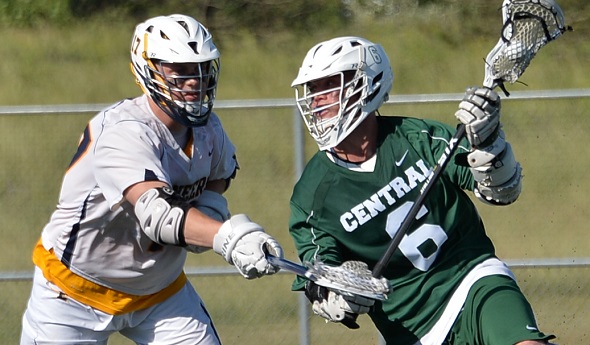 GRAND RAPIDS – The Grand Rapids Forest Hills Central boys lacrosse team has experienced the gamut of emotions over the past two seasons.

From the euphoria of winning the MHSAA Division 2 Final in 2016 to the heartache of falling short a year ago – and both times the Rangers had to face their biggest rival with the title on the line.

“They’ve felt both sides of it,” first-year FHC coach Andy Shira said. “The thrill of winning it and the heartbreak of losing it, and both of those are the highest and lowest you can get with it being against our rival, East Grand Rapids.”

The Rangers are determined to relive the magical season of two years ago, and they believe they have just the group to do it.

Spearheaded by seniors Bryce Clay and Patrick English, and the return of 21 players total, FHC has the talent to make another postseason run.

“We have a different chemistry from last year, and we want to win because of what happened last year in the state championship game against our crosstown rival,” said Clay, who already has surpassed 300 goals during a stellar high school career.

“It left a bad taste in our mouth, and we’re motivated to get back. We want to see East again, and we want to go out on a high note and have a successful season.”

The Rangers defeated the Pioneers 10-6 in the 2016 championship game, but were denied back-to-back titles with an 11-9 loss last season.

“It’s a huge motivation, definitely,” English said. “I think that is driving us every day. We got them two years ago, and they came back at us. We really have to step it up this year.”

FHC gained a bit of redemption with a 14-7 victory over EGR last week and currently stand at a perfect 7-0.

Shira, who has been in the program the past five years as the defensive coordinator, has seen early positive signs from his experienced team. But he knows there is room for improvement.

“The way we’ve played so far has been surprising at times,” Shira said. “I knew we would be good, but we’ve shown flashes of greatness with how well we’ve played at times against the competition we’ve played. But we’ve been inconsistent at times. We know we can play at that level, and we just have to be more consistent.”

The Rangers also are bolstered by the return of seniors Andrew Trapp and Kyle Basch, and juniors Tate Hallock, Logan Wedder and Jack Nolan.

“We’re playing really well,” said English, a four-year player who is headed to Marquette University in the fall. “A huge part is team chemistry, and we’ve been getting along and playing good team ball.”

Clay has been the team’s offensive juggernaut since joining the program as a freshman.

He scored a school-record 81 goals with 43 assists in his debut season and eclipsed his own mark the following spring with 104 goals and 53 assists. 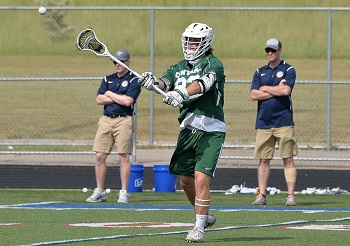 Last season he notched 99 goals and a career-high 62 assists.

“I was fortunate enough to make the team my freshman year and had a great year, and from there I kept working hard and wanted to be better than the season before,” Clay said. “I work hard, and I want to be the best player in the state. I’ve had a good run, and it has flown by for sure, but I credit my coaches and teammates for giving me the opportunity to do what I do.”

Clay already has collected 36 goals and 23 assists this season.

Clay, who has committed to continue playing at the University of Michigan, attributes his success to his older brother, Andrew.

The siblings played together for two seasons. Andrew now plays at Michigan State for the club program that plays as part of the Men’s Collegiate Lacrosse Association.

“He’s had a big impact on me, and he is why I am the gritty player I am,” Clay said. “For two years I hated him on the field because he was always on me. We would get into fights at practice, and he was the only guy who wanted to defend me and I wanted to go against him.

“We would really get into each other, but it really helped me out with that competitive edge. He was one of the best defenders in the state, and to go against him every day was huge for me. I give him a lot of credit.”

Shira remembers the physicality between the two.

“They would go at each other every day, and there was that brotherly pushing and shoving,” he said. “They were the best players at their positions and it drove them to continue building.”

Clay and English combine to produce a formidable one-two punch.

“Personally, I think we have the best offense in the state,” English said. “We’ve grown up playing with each other, and we push each other to do better. We understand each other’s games, and we play really well together.”

While the Rangers have the potential to reclaim the Division 2 championship, Shira is taking it in stride.

“Our goal every year is to make it there and win, but I don’t think success is us winning a state championship,” Shira said. “There are bigger things outside of lacrosse. Teaching them to be better young men and instilling life skills will still measure the season as a success.”

PHOTOS: (Top) Forest Hills Central's Bryce Clay rolls toward the goal on his way to unloading a shot during last season's Division 2 Final against East Grand Rapids. (Middle) The Rangers' Patrick English passes off to a teammate against the Pioneers.