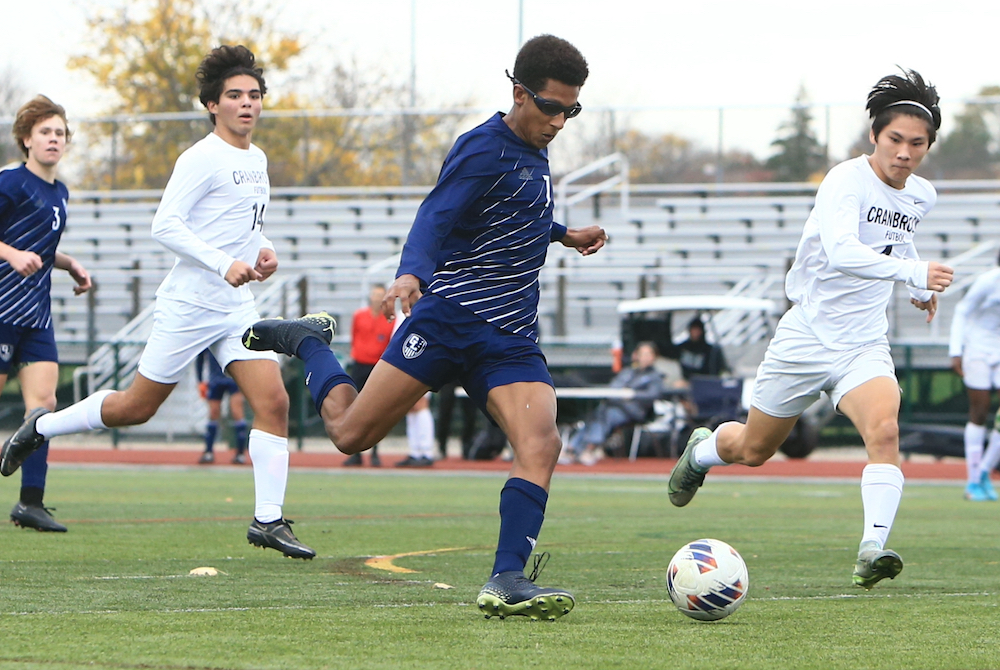 It took Gull Lake 30 seconds to score, as junior Ryker Corstange took a slick pass from senior Jasek Zielaskowski and blasted a shot from the left side to give the Blue Devils a 1-0 lead.

That ended up the only goal of the game, as Gull Lake (22-3) claimed its fourth MHSAA Finals title in a defensive struggle.

“Did I think that would stand up? With our defense, I would say yes,’’ said Blue Devils goalkeeper Evan Kaiser, who was brilliant in the victory. “We have a great defense. Everyone does their job. Everyone works hard, and we come together as one big family. Getting a goal early doesn’t take the pressure off, but it definitely helps our defense knowing we are up a goal.”

“We got a wake-up call when we lost to Mattawan 4-3 during the regular season,’’ said Ryker Corstange, the nephew of head coach Jeff Corstange. “That sparked us. We were insanely mad. We wanted to go out and show people what Gull Lake was about. We’ve been known to score pretty fast. Jasek just worked his tail off, got to the corner, crossed it and I was just there to shoot it in.’’

It was Jeff’s fourth Finals title, as he previously won three with the girls soccer team at Gull Lake. 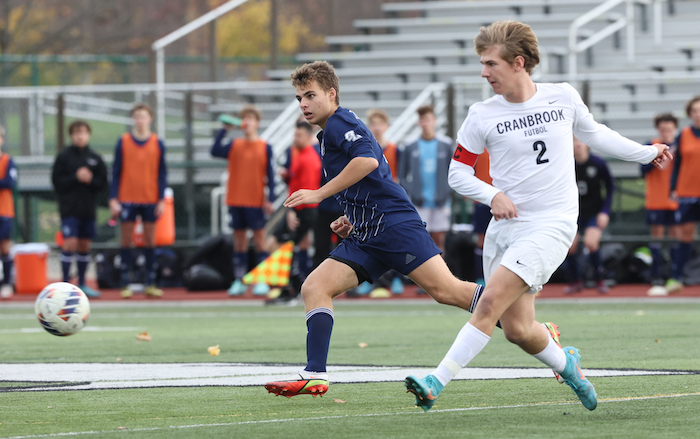 “This one meant the most,’’ said Ryker.

“We got healthy and got back to what we were supposed to be,’’ said Jeff Corstange. “We got Tre (Reiner) back there. He was out for six weeks, and he’s one of our best defenders. Getting him back in the postseason was huge for us. I didn’t think that goal would hold up, especially with the wind the way it was. The way they pressed and the way they shoot, with No. 2 (Nathan Hooker). We thought he might be able to take advantage of the wind. With that wind, you have to hit it a little softer. We’re not used to that.

Gull Lake entered the postseason as the top-ranked squad in Division 2, with its last title in 2020. The Blue Devils claimed victories over No. 2 Grand Rapids Forest Hills Northern, No. 8 Parma Western and No. 9 DeWitt during their march to the championship game.

Cranbrook (15-2-3) won the Detroit Catholic League AA title and was ranked No. 3 at the end of the regular season. The Cranes pitched four shutouts on their run to the championship under veteran coach Chad O’Kulich.

Playing with the lead, Gull Lake kept the pressure on the Cranes, keeping play in Cranbrook’s end. Gull Lake’s Zavier Thomas was a constant threat.

Cranbrook found itself a goal down with no offense and no shots on goal in the first half.

“Kaiser is an incredible athlete. He’s a great keeper and one of the best I’ve coached,’’ said Jeff Corstange.

Desperate for a second goal, Adam Boyle hit the crossbar for Gull Lake 11 minutes into the second half.

Cranbrook finally got a shot on goal with 20:58 to play, but the attempt went wide.

The Cranes’ best chance to score came from Evan Evans, a senior midfielder. But his shot also hit the crossbar.

“They played hard, and they played aggressive, but they are classy,’’ said O’Kulich. “There was great sportsmanship out there. I think that starts at the high school level.’’