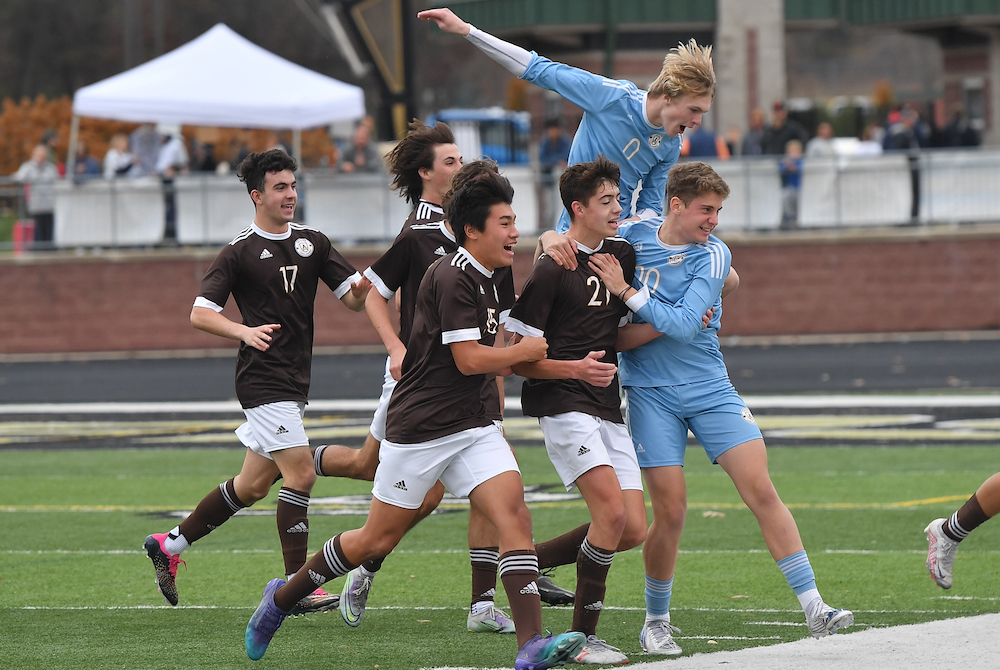 Was it elation at winning a title or relief that the game was over?

"Both," he said after the Highlanders clinched their first Finals championship since 1999. "I'm relieved that it's over and happy we were on the winning side of things."

The Highlanders (17-1-6) handed the Rams (22-1-1) their only loss of the season. It also was only the second time this season Rockford allowed two goals in a game.

The Adams goals came toward the end of each half despite Rockford's ability to control play for stretches.

The first came with 3:25 to go in the first half. Jackson Craft took a pass from Colton James to notch his team-leading 24th goal of the season

"It was a beautiful ball from Colton," Craft said. "It couldn't have been any better. I got the touch and was able to put it in. It gave us a big boost."

That also was a familiar sight to coach Josh Hickey. 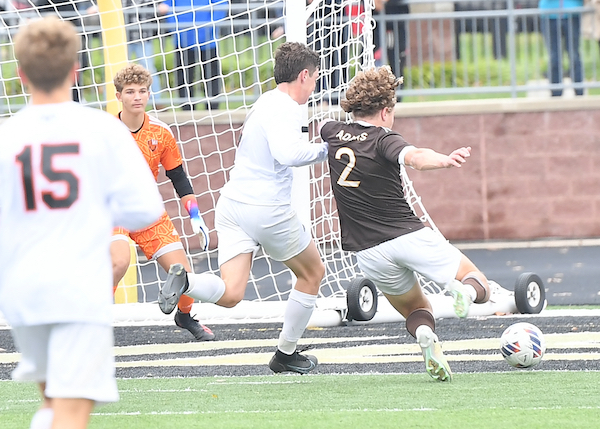 "Jackson has done that all year," Hickey said. "He gets behind you and makes you pay, and he just finishes."

It stayed that way until late in the second half, during which Adams withstood a furious Rockford offensive push that kept the pressure on.

"Their mentality in the second half was way more 'Let's get after this team,'" Coon said.

Which the Rams did, but a stalwart Highlanders defense and a couple of shots that hit goalposts prevented Rockford from getting on the board.

Adams put it out of reach when Matt Vostriakov scored on an assist from Craft with 4:12 remaining,

It was a disappointing end to a storybook season for the Rams, who won their first Regional title last week.

"We had a great season," he continued. "We had an incredible ride. We accomplished great things. We didn't think we would be here. We were unbeaten until today, the only team in the state to do that."

Instead, on a warm, overcast November afternoon it was the Highlanders' moment in the sun, so to speak.

"They worked so hard to do this, and they wanted this so badly," Hickey said.

"We had tough battles all through the playoffs. We had injuries. These kids are banged up, sick, they just gave everything. They deserve it."