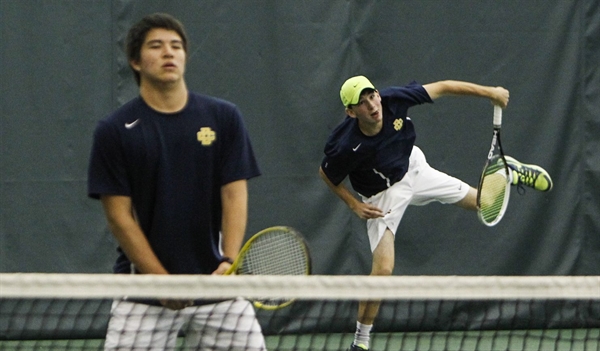 While there is more individual glory in playing singles, some of the Yellowjackets' best doubles players are perfectly content to help the team by staying put.

Respect for their roles on the team is reflected in the fact that the team's three captains are doubles players Burstein, Rishabh Nayak and D.J. Bailey.

When Country Day celebrated its fourth consecutive MHSAA Lower Peninsula Division 3 title Saturday at Genesys Athletic Club, Burstein and Nayak were the only players who were part of each of the previous three championship teams.

Burstein has won his flight all four years, while Nayak has done so the last three years after reaching the No. 4 doubles final as a freshman. Burstein repeated at No. 1 doubles with new partner Damian Runkle. He won at No. 3 doubles his first two years.

"I love doubles," Burstein said. "I do singles outside of school for USTA. I feel like I can contribute to the team the most in the doubles lineup. Our singles lineup is so deep there wouldn't be a necessity for me to hop in there. They're taking care of business just fine."

Burstein and Nayak played together only one year, combining to win No. 3 doubles as sophomores.

"Blake is always a guy to take charge," Nayak recalled from their year together. "He'd always be focused and pump you up.”

Nayak and Adam Junn won the No. 2 doubles title, as Country Day won by a 39-32 margin over Bloomfield Hills Cranbrook-Kingswood, which won the 2010 Division 3 title before Country Day began its current run.

"When I first came in as a freshman, I had no idea what to expect," Nayak said. "I just wanted to make the tennis team and play tennis. After a while, hanging out with the team, I realized we could achieve state championships if we worked hard. That's what we've been doing the last four years."

The finals nearly turned into a dual meet between Country Day and Cranbrook-Kingswood. The only intruder was East Grand Rapids' Max Condon, who lost 6-1, 6-0 in the No. 4 singles final to Country Day's Michael Khaghany. 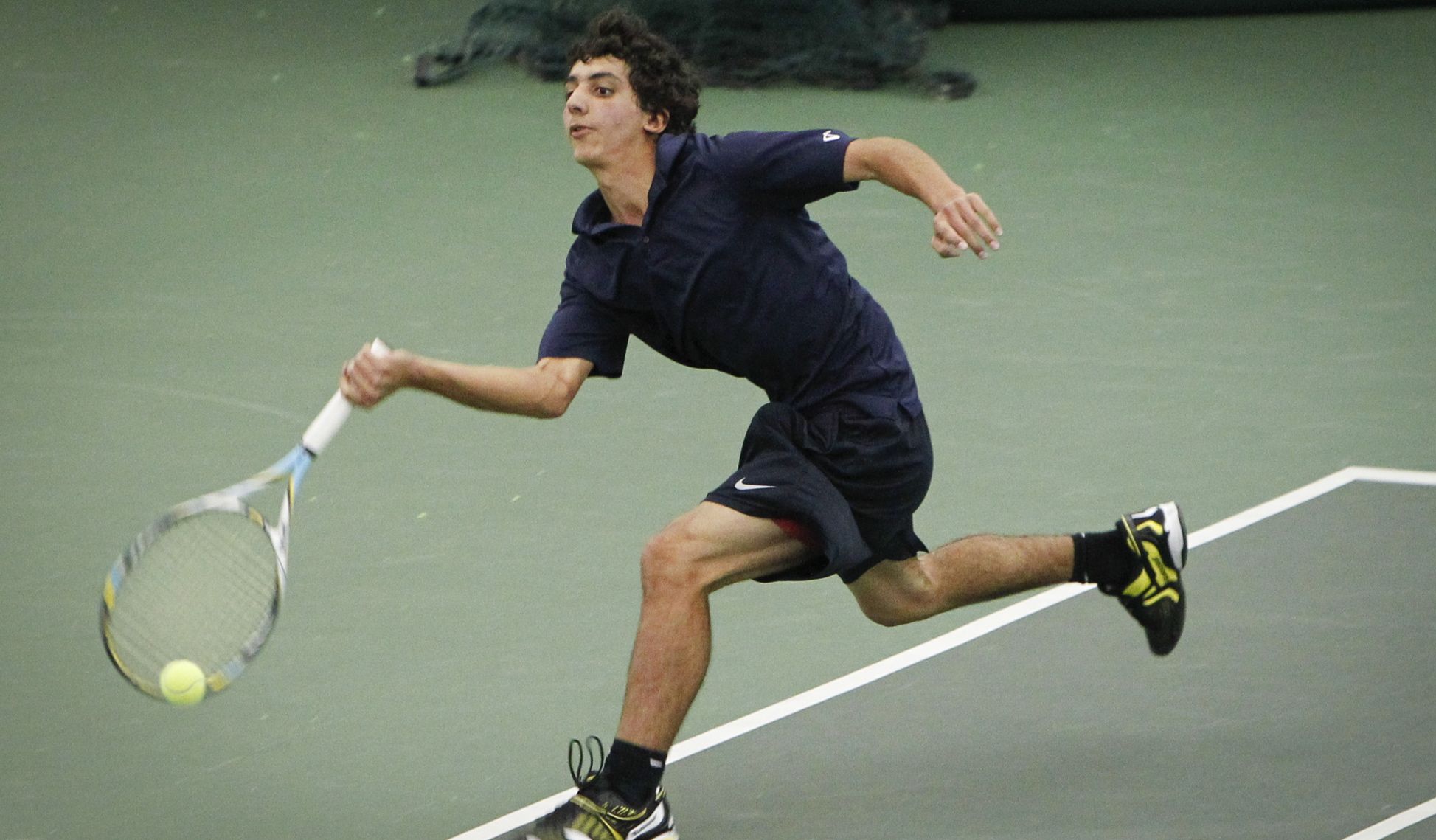 The top two contenders were tied 23-23 after Friday's action. Country Day took a 31-30 edge into the finals, then won six of the seven head-to-head matchups with Cranbrook-Kingswood, as well as No. 4 singles.

"Sometimes it gets heated; other times it gets respectful," Country Day coach Tom Ellis said of the rivalry with the Cranes. "It's two schools rich in tennis tradition, and they go at it."

No team has ever had a perfect score of 40 points at an MHSAA Final. Country Day has finished just one point short each of the last three years. The only other school to score 39 points is Ann Arbor Pioneer, which did it in Division 1 in 2002 and 2005.

During its four-year championship run, Country Day has won 25 of 32 flights and been the runner-up in six others. Only one flight failed to reach the finals, in 2011 when No. 2 singles lost in the quarterfinals.

Country Day's only loss in the finals Saturday came when Cranbrook-Kingswood's Alex Hubers and Steven Meng took a 1-6, 6-5, 6-3 decision over Country Day's Bailey and Andrew Joslyn. It was the only three-set match in the finals.

"We're rivals in every sport," Burstein said. "It's always been real close competition. We've won every time we've played against them, but it's always a toss-up. We never go into the match thinking we're going to beat Cranbrook. It's always that we have to play our best and if we do, we think we should win. But it's not always a given."

Karoub trailed 5-2 in the first set before charging back.

"I just knew it was too important to give up right there," Karoub said. "I was never going to stop fighting. I had to figure out what I was doing wrong and change things. As the match goes on, I get a better feeling for his game and what I should be hitting. I start getting a better rhythm."

Karoub was the No. 2 singles champion last year and wasn't even in the lineup as a freshman, playing the season as a reserve.

"It really makes me feel like a bigger part of the team that I helped win the state final," Karoub said. "It was still fun, though (in 2012). I love everyone on the team."

Jacobson had Karoub on the move throughout the match, but unforced errors began to mount late in the first set.

"He changed his game plan up three times in the first set," Jacobson said. "The first two times, I was all over him. He played amazing. He got to every ball. It eventually adds up and you get frustrated. He just gets every ball back."

Jakob Gahn of Country Day beat Michael Bian of Cranbrook-Kingswood 6-1, 6-1 at No. 3 singles.

Burstein and Runkle won 6-2, 6-0 over Chase Ghesquiere and Matthew Gerard of Cranbrook-Kingswood at No. 1 doubles.

Nayak and Junn won No. 2 doubles by a 6-4, 6-3 score over Cranbrook-Kingswood's Nolan Trepeck and Joseph Cavataio.

At No. 4 doubles, Anand Prabhu and Jack Mettler of Country Day beat Colin Petzold and Brandon Kerr of Cranbrook-Kingswood 6-4, 6-4.

It was the 15th MHSAA championship won by Country Day. Next year, the Yellowjackets will try to match the five-year run of their 1996-2000 teams.

PHOTO: (Top) D.J. Bailey (right) follows through on a return for Detroit Country Day during the No. 3 doubles championship match. (Middle) Country Day's No. 1 singles Noah Karoub volleys on the way to winning the individual title at his flight. (Below) Cranbrook-Kingswood's Benji Jacobson serves during his match with Karoub. (Click to see more from HighSchoolSportsScene.com).