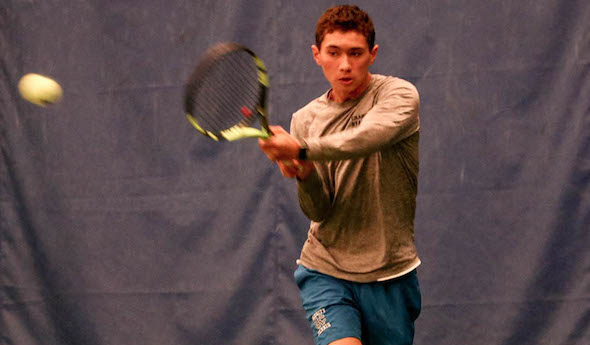 The main opponent was time, as weather forced the event to be played much longer than anticipated.

Teams waited out a delay in the morning so the outdoor courts at Novi High School could dry, and by the time the semifinals got into full swing just before noon, more bad weather had arrived.

That forced everyone to pack up and drive to an indoor court roughly 30 minutes away, The Sports Club of West Bloomfield, to finish out the day.

The result was an event that didn’t end until just after 7:30 p.m., but the wait was well worth it for Cranbrook.

For the fourth straight year, the Cranes captured the Lower Peninsula Division 3 title, doing so in dominating fashion by winning seven flights and earning 39 points.

“They’ve responded that way all year,” Herdoiza said. “Whatever challenge has been put in front of them, they’ve handled it beautifully with the same approach. Obviously, (Saturday’s weather) threw some things off.”

Cranbrook was led by junior Lucas Bosch, who captured the No. 1 singles title with a three-set win over rival Nikolas Gruskin of Country Day.

It was the third victory of the season for Bosch over Gruskin, but by far the hardest to achieve. 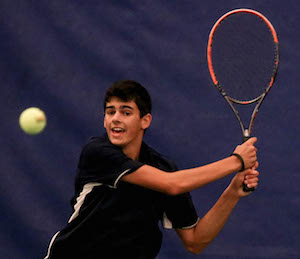 Bosch then pulled out a 6-4 win in the third set to win his second straight individual title after he won the crown at No. 2 singles last year.

Bosch said Gruskin made adjustments from the previous two matches, and playing indoors without any elements made it more intense.

“There was a lot more running this match,” Bosch said. “Going to my backhand, he was serving it a lot better. He had out-wide serves slicing away.”

Bosch had plenty of help though.

Justin Luo (No. 2), Nolan Sherwood (No. 3) and Joe Croskey (No. 4) each backed up their No. 1 seed in their respective flights by winning titles to help Cranbrook sweep the singles portion of the event.

Cranbrook won three of the four doubles flights, with the team of Patrick Tiwari/Sohum Acharya at No. 2 doubles, the team of Hayes Bradley/David Hermelin at No. 3 and the tandem of Geoffrey Qin/Isaiah Croskey at No. 4 doubles all finishing first.

Tiwari/Sohum and Qin/Croskey were seeded No. 1 going into the tournament, but the title won by Bradley/Hermelin was more of a surprise since that team entered seeded No. 3.

The only flight won by a team not named Cranbrook came at No. 1 doubles, where the East Grand Rapids pair of Ryan Poste and Kole Butterer won despite entering as the No. 3 seed.

“Even though we won by a wide margin, there were a lot of close matches that went our way,” Herdoiza said. “I attribute that to the guys and how they handle pressure moments. They are poised, and their competitiveness was off-the-charts good.”