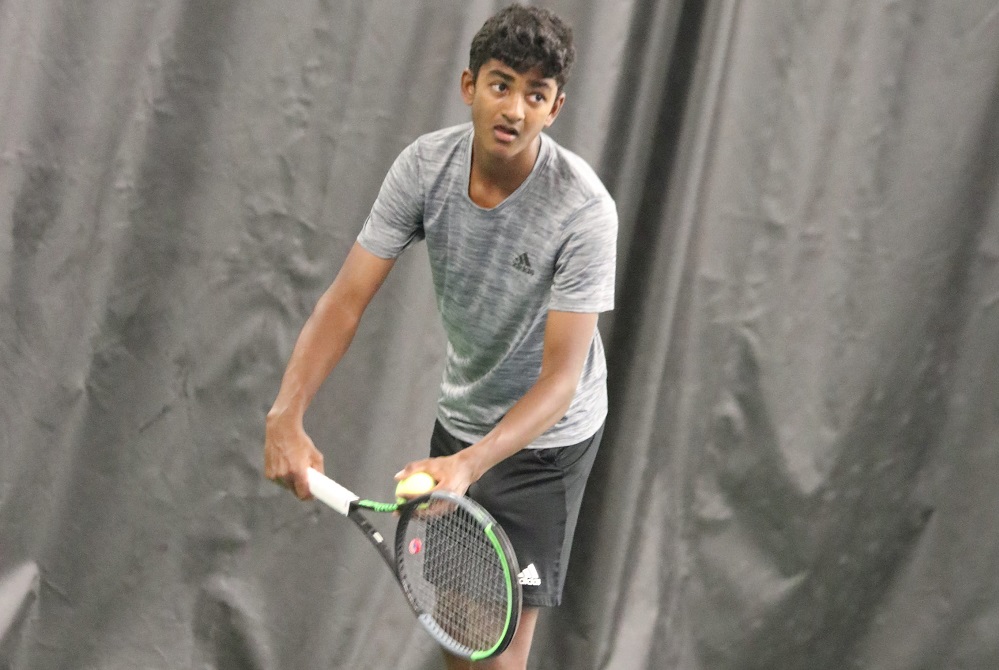 NORTHVILLE – It might sound laughable that a reigning MHSAA Finals champion is out to prove people wrong.

But if there was ever an example where that is actually valid, it’s this year’s quest for Northville junior tennis player Sachiv Kumar.

Last year as a sophomore, Kumar stunned many in the tennis community when he won the No. 1 singles title at the Lower Peninsula Division 1 Final.

Kumar came somewhat out of nowhere, given he entered as the No. 5 seed and had seven losses going into the tournament.

None of that mattered though, as Kumar kept moving his way through the tournament and ended up topping Rochester’s Clayton Anderson in the championship match in a third-set tiebreaker.

Given it was such a surprise, the motivation has been obvious for Kumar since practice started in August.

“Just to say that I could win it again,” Kumar said. “That it wasn’t just luck last time.”

Going into this weekend’s Division 1 Final in Holland, it would be no surprise if Kumar repeated.

Seeded No. 2 going into the tournament, Kumar sports a 29-1 record and has taken his game to another level this fall.

The only loss came in the first match of the year to Anderson during a dual contest between Rochester and Northville.

Kumar had a match point, but ended up losing to Anderson in a tiebreaker to finish off a two-set match that took roughly three hours.

Anderson deservedly is the No. 1 seed this weekend. In truth though, Kumar is more of a “1B” seed.

“He has all the shots that he needs,” Northville head coach Bob Young said. “Overhead, volleys, ground strokes. He can just do it all.”

There have been some specific areas where Kumar has improved from last year.

Kumar said his serve has gotten a lot better, while Young said Kumar’s enhanced conditioning has really stood out.

“Last year we struggled with him because of fatigue,” Young said. “There were two or three matches in tournaments in the beginning of the year where he had to forfeit in the third round just because he wasn’t in good enough shape. This year, that hasn’t been an issue at all. He’s been able to coast through everything.”

Success in tennis is certainly in Kumar’s blood, given his older sister, Shanoli, was named Miss Tennis in 2018.

The two have pushed each other constantly throughout their lives, and Shanoli was present at last year’s Final to watch Sachiv win the title.

“I always used to say I was better than her when I wasn’t,” Sachiv Kumar said. “When I was 8 or 9, we used to play like every day. She would coach me and stuff.”

Kumar said he hasn’t figured out his college future, but he will be busy once the high school season is over with traveling to junior tournaments during the winter, spring and summer.

“Every month, I’ll be going somewhere different around the country to play,” he said.

Before that though, he wants to finish his mission that he started in August.

Anderson could very well be waiting again in the final.

Regardless, the motivation is obvious for Kumar this weekend in Holland.

“It sounds nice to win it twice in a row,” he said.