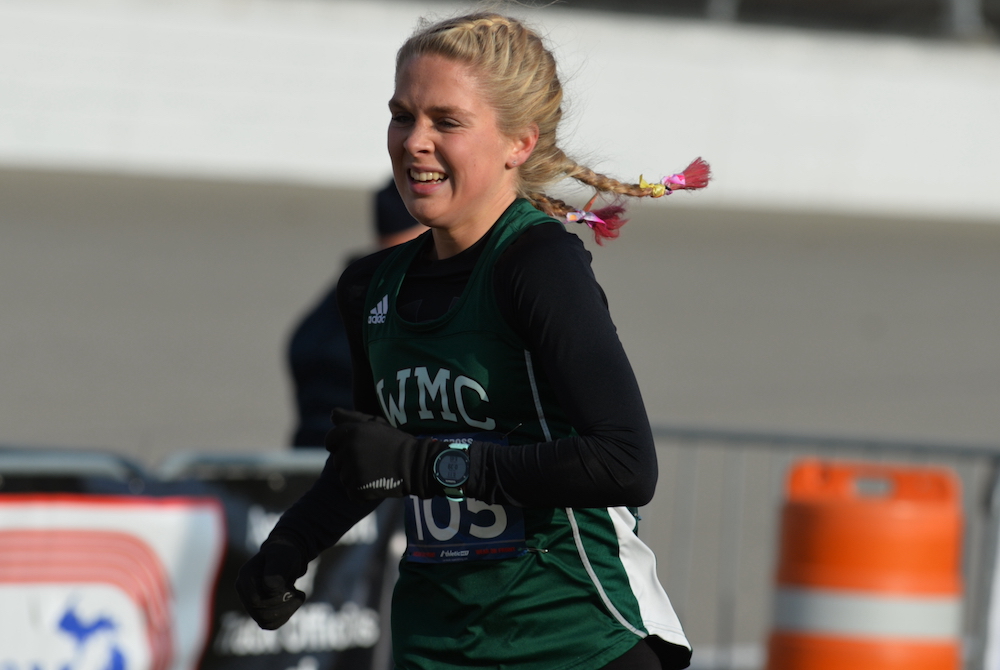 BROOKLYN — Abby VanderKooi made it look easy for three years, dominating the small-school divisions at the MHSAA Lower Peninsula Cross Country Finals as one of the top runners in the nation.

But the 2021 season has been anything but easy for VanderKooi, and neither was the race in which the Muskegon Western Michigan Christian senior won her fourth MHSAA championship.

VanderKooi joined a select group of four-time champions by running a time of 18:06.58 Saturday at the Division 4 race at Michigan International Speedway.

As she crossed the finish line, completing her four-year mission, VanderKooi staggered a bit before gathering herself, even though the time wasn’t anywhere near her fastest.

VanderKooi finished third in the Foot Locker National Cross Country Championships as a freshman and sophomore before the 2020 race was canceled because of COVID. Along the way, she won the MHSAA LP Division 4 title in 2018 and 2019 and the Division 3 crown when her school moved up a division for one year in 2020.

“It’s really special,” VanderKooi said. “Not many people get to do that. I’m so thankful I have the ability to do that.” 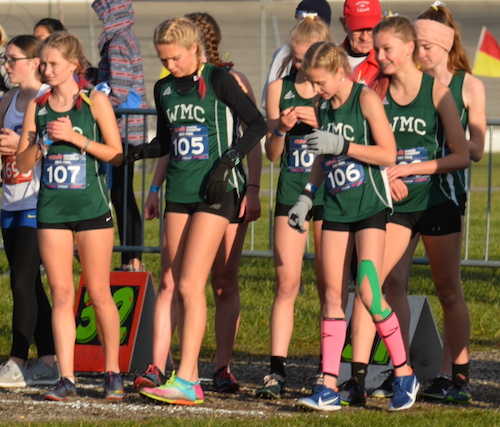 VanderKooi said she had trouble breathing in the cold air in the first race of the day at MIS. It was just one of several challenges she’s faced this year.

Unlike her past three MHSAA Finals, VanderKooi had company after the initial burst from the start line.

VanderKooi reached the mile mark in 5:47.9, with Buckley sophomore Aiden Harrand close behind at 5:49.5. The gap increased to nine seconds at the two-mile mark.

“I could hear her the whole time,” VanderKooi said. “When you hear people cheering for other people behind you, it’s kind of scary.”

With VanderKooi graduating, Harrand could be the heir apparent to the Division 4 throne. Harrand was fifth as a freshman.

Harrand’s plan Saturday was “just pretty much stay as close as I can and try to gap the move, move when she does and try my best. About the mile-and-a-half marker, she just had more in the tank than I did.”

For VanderKooi, her performance wasn’t all about individual glory. Her first-place stick helped Western Michigan Christian win its first MHSAA team championship by an 81-108 margin over Kalamazoo Christian.

“Having my team along, especially my sister, it means the world to me,” Abby VanderKooi said. “I’ve never had so much fun with such a wonderful team.”