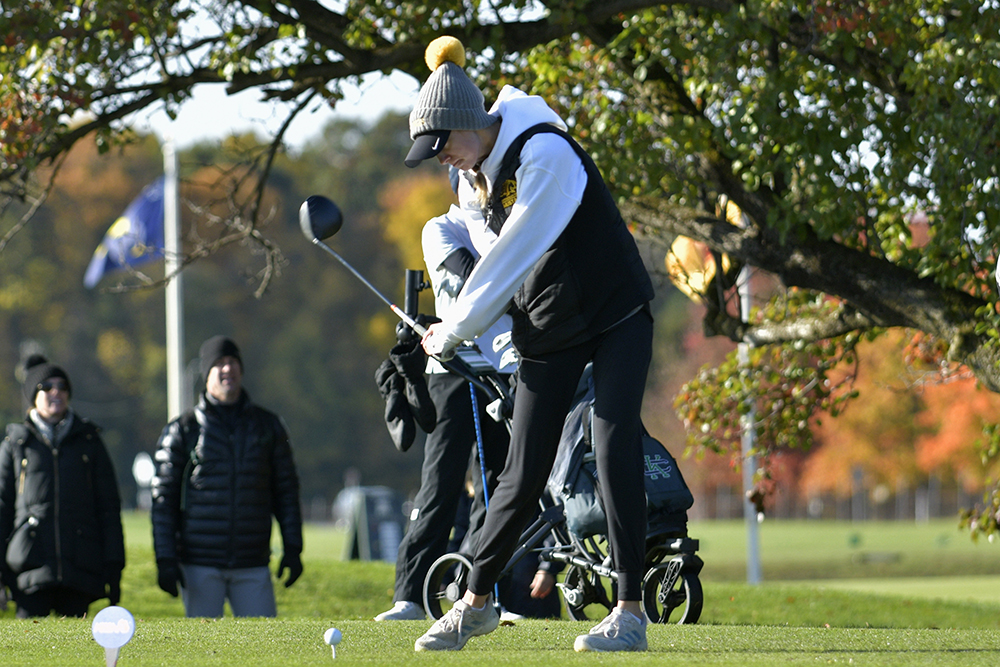 EAST LANSING - With his team tied with Bloomfield Hills Cranbrook Kingswood after the first round of the MHSAA Division 3 Girls Golf Finals, Macomb Lutheran North coach Alex Schlump didn’t need to deliver a big pep talk to his team going into the second and last day.

Instead, it was just a simple message he’s preached to his team all year.

“The focus was to play your own game,” Schlump said of what he told his girls. “We had to be mentally stronger than everybody else and we knew we were. That’s been our strength all season long, whether it’s been playing in the rain or playing in 40-degree weather.”

That mental strength was the difference for Lutheran North, which captured its first state title since 2017 on a chilly and windy day at Forest Akers East.

After Cranbrook and Lutheran North shot identical scores of 336 on the first day, Lutheran North was six shots better on the second day, shooting a 332 to finish with a final total of 668.

Cranbrook finished as the runner-up with a final score of 674, while Grosse Ile, which entered the day three shots back, took third with a 677. 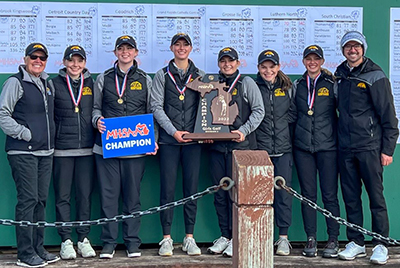 Leading the way for Lutheran North was junior Lauren Timpf, who followed up a first round score of 70 with a 72 in the second round to finish as the medalist with a 2-under par score of 142.

“I have played this course many times, and just coming into the week, I tried to give myself as many birdie opportunities as I could,” Timpf said. “Just take advantage of the short par-5 and getting there in two. Just really playing aggressive to get those birdie opportunities.”

Grosse Ile senior Lily Bargamian was the individual runner-up, finishing seven shots behind Timpf with a 149 (75-74).

The highest finisher for runner-up Cranbrook was junior Mackenzie Behnke, who tied for ninth at 160.

Cranbrook was the defending state champion, but head coach John Minnich wasn’t unhappy at all to at least come away with a runner-up trophy given he called it a rebuilding year for his squad with no seniors.

“We play in the same conference in the Catholic League that Lutheran North plays in, and we’ve played them several times this year,” Minnich said. “Every match and every tournament we’ve played with them has been neck-and-neck. To be honest, they’ve had more firepower than we’ve had all year. Our players were more consistent though. We didn’t make the big numbers. We didn’t avoid them this tournament. We made a few too many big numbers.”

In the end, that proved costly for a Lutheran North team that beat out several larger schools to win the Macomb County championship earlier in the year, and now has another state championship trophy to add to its case.

“We knew we had so many good players and talent coming back,” Schlump said. “We have a team that’s mentally strong,” he said. “That is something we knew we could do with the group of girls we had.