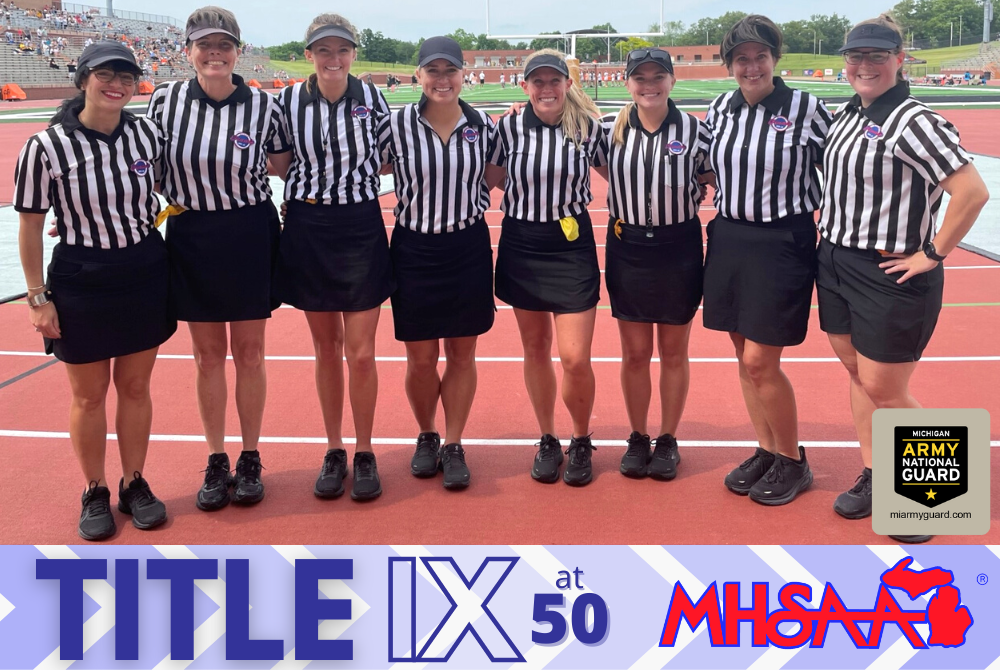 Saturday's MHSAA Girls Lacrosse Finals – and notably the two crews who officiated those two championship games – perfectly exemplified what we’ve commemorated in recalling the legislation and opportunities Title IX has provided for girls and women in athletics over the last half-century.

MHSAA assistant director Kathy Vruggink Westdorp explained the significance of these all-woman officiating crews in her letter to each announcing their selection for the Finals:

“You are an important part of the past as well as the future of girls and women’s sports.

“While watching girls lacrosse throughout the last eighteen years, it has been amazing to see the evolution of the game. The athleticism that we see today by some of Michigan’s most skilled female athletes would never have been possible without the passage of Title IX and the offerings of sports for girls and women through our nation’s schools. … You have all been an important part of this journey as role models for these young women.

“Thank you for providing opportunities, action and validation for young girls and women. We will continue to be charged with educating and empowering the next generation in this quest. It is so exciting that youth today can see female athletes, officials and administrators lead the way to a future with unlimited options.”