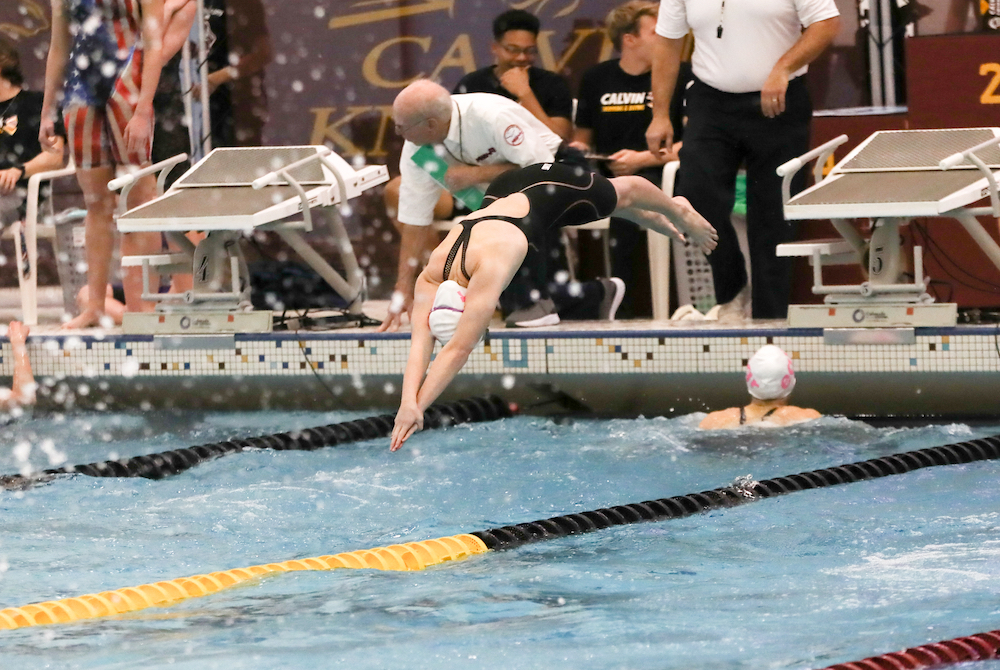 GRAND RAPIDS – There may not be a heated competition between sisters, but that's definitely not the case for opponents of Grace and Emma Albrecht.

"We push each other," said Grace, a junior. "But it's the same as with any other swimmer – we want to win."

The two were critical in helping Jenison finish runner-up behind East Grand Rapids with 219 points. The Pioneers notched their 24th Finals title with 280.

When pressed, Grace will admit she looks at her sister more as a sibling rather than someone she needs to beat.

"Sometimes, once in a while," she said. "But most of the time we're competing against each other."

The sisters began their swimming background at virtually the same time at the club level about seven years ago. Emma said for the most part she looks at her older sister as a competitor, not a sibling.

"She's like any other swimmer," she said. "But we work together as teammates. She taught me always to have a positive attitude, no matter what."

The Pioneers continued their domination of Division 3/Class B Finals. Saturday's title was the team’s sixth in seven years, eighth since 2013 and 14th in 24 years. The program won its first title under coach Butch Briggs in the third year of Swim Finals in 1978 after finishing runner-up at the first two championship meets.

Briggs said the success never gets old. Different maybe, he said, but his swimmers never take anything for granted.

"Coming into the meet we were relatively beyond our seed times. But we found a way to win," said Briggs, who credits depth for the victory. "It's the way we've been all year with the depth. We have a little less than some teams, but Friday was one of our best days I can remember. We were up like 14 points without diving, and diving has saved (us) more than once over the years." 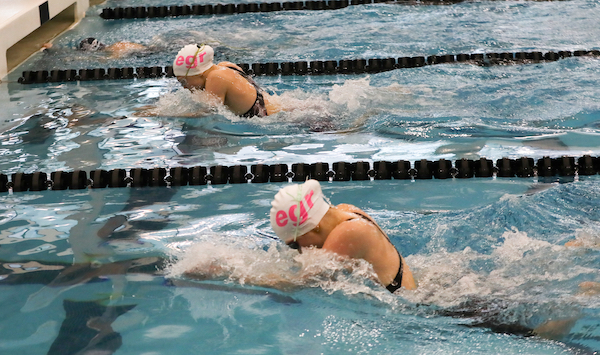 EGR senior Allison Alguire agreed that depth is a team strength, but so is another factor.

"We have a lot of perseverance," said Alguire, one of the team's co-captains who swam personal bests in the 100 butterfly and 100 backstroke while helping the 200 medley and 400 relays to second and third-place finishes, respectively. "We got close at the end of the year, which made our chemistry better. With our team we don't swim for a best time, we swim for the team."

EGR had only one first place, in the 200 free relay with Caroline Flermoen, Ellery Chandler, Alyssa Hein and Kate Simon.

The top individual performance in the meet came from Dexter senior Lily Witte, who won her fourth-straight diving title with a 554.65, as Caroline Li of Okemos (492.25) finished runner-up for the fourth year. Witte’s score was a Michigan all-Finals and pool record.

"It gets more special," said Witte, who will attend Indiana next season. "The fact that it’s my senior year and last year makes it special. I just try to go out and do what I need to do and try not to worry."

The meet's only double winner was Jenison's Sophie Umstead. She won the 200 individual medley (2:00.33) and the 100 breaststroke (1:01.11). She made a smashing transition from being a club swimmer a year ago as a freshman to becoming a two-event Finals champ.

"I just wanted to come in and swim my best," she said. "Club is similar to high school, but maybe a little more chilled."