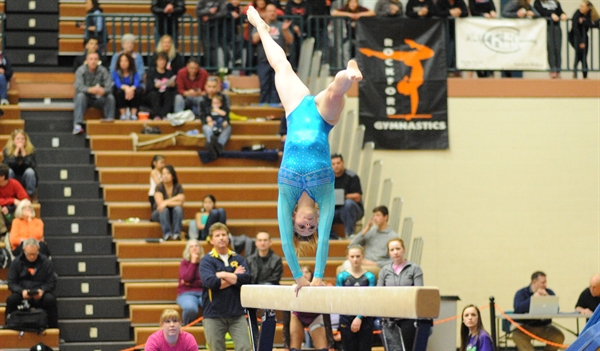 Click below for highlights and links to watch the events in full.

KORF WINS DIVISION 1 ALL-AROUND – Morgan Korf of Rockford/Sparta captured all-around honors in the Division 1 competition at the MHSAA Individual Gymnastics Finals. Her highest finish was an outright third place in the uneven bars, where she scored 9.500; her overall score was 37.825. Watch the all of the individual uneven bars action and order DVDs by Clicking Here.

GRACE ON THE BEAM – Mary Grace Fries of Jackson Lumen Christi took top honors in the balance beam in Division 1 with a score of 9.500. Watch the all of the individual balance beam action and order DVDs by Clicking Here.