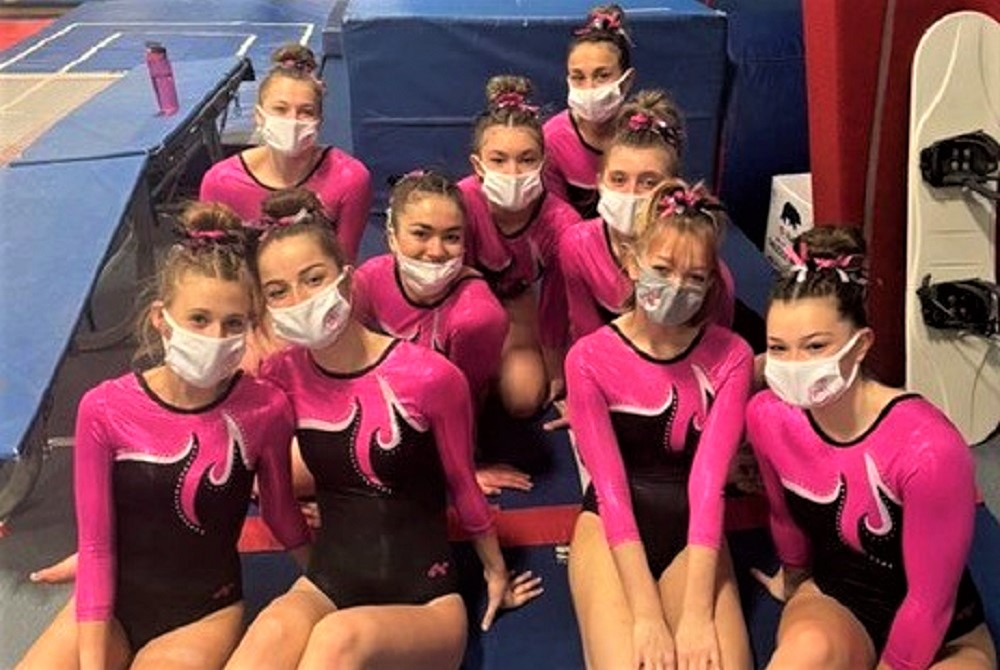 When members of the Linden/Fenton/Lake Fenton gymnastics team come together, new friendships are formed, and school rivalries are put to the side.

“Lauren (Hayden) is actually on the Fenton soccer team,” Linden senior Apryl Smith said. “My friends are on the Linden girls soccer team, so when I’m at the game, I’m cheering for both. But I tell her, ‘Linden is going to beat you.’”

It’s all in good fun for the LFLF teammates, as the three schools have been competing together for seven years all under the direction of Nancy Holden, who runs the local youth program, Gymstars Gymnastics, and started the high school co-op team.

This year’s team features nine gymnasts, with six from Linden (Smith, Reygan Acox, Kynleigh Copeland, Grace Cross, Eva Lau and Avery Miller), two from Fenton (Hayden and Maty Temrowski) and one from Lake Fenton (Natasha Duden). It carries the Linden name, as that’s the school that originally had the largest contingent and helped Holden launch the program.

“When they were younger, their competitions were more about themselves and their own placements and ribbons,” said Holden, who competed for Hartland High School. “Now that it’s a high school team, it’s a team event. Even though they’re individuals, it’s still a team event, so doing well for your team is kind of the goal. We’re getting ready for Regionals (Saturday at Grand Ledge), and we’re just trying to go in there as a team and do well as a team. We want to keep the girls focused on that, because if they do well for the team, they’ll do well for themselves.”

Smith and Hayden – the only seniors on this year’s team – are both appreciative of the opportunity to compete at the high school level, even if they’ve never really thought it wouldn’t be an option for them. 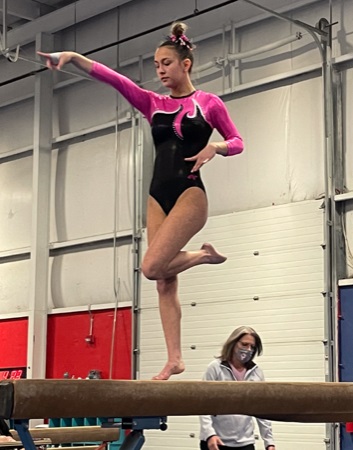 “I think it started out when I was young enough to not even realize that it had started,” Hayden said.

If that appreciation ever were to fade, the LFLF gymnasts don’t have to look far for someone who didn’t have their same opportunity. Katie Holden, Nancy’s daughter and assistant coach, graduated from Fenton in 2011, before her mother had started the high school team.

“I’m living through them a little bit,” Katie said with a laugh. “But (coaching the team is) very rewarding.”

While Katie couldn’t compete as a high schooler, she did start her coaching career with the Gymstars while she was at Fenton, and has been doing so for more than a decade. She’s been an assistant with LFLF for the past three years.

The mother-daughter team meshes well with one another.

“We get along 99 percent of the time, so it’s really great,” Katie said. “I think we balance each other perfectly, especially age-wise. I can connect with the girls, then my mom’s there to lay down the law. It’s a really nice dynamic. I got to watch growing up how she taught, and what helped me get through my years of gymnastics. I’m a personal trainer, as well, so I have more of that conditioning aspect that I can bring to the team.”

Katie handles the team’s choreography on the floor and balance beam, while Nancy brings nearly 30 years of experience coaching gymnastics.

Perhaps as important as the way the Holdens complement one another, is the fact they’ve been working with most of the LFLF team members since they were young gymnasts. 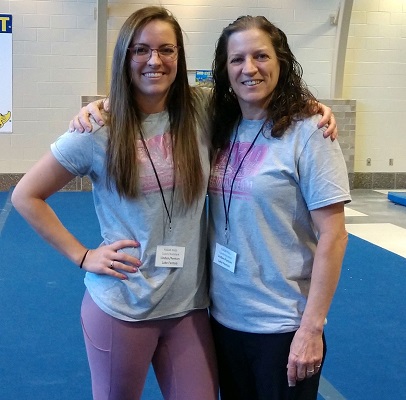 “I think it’s helpful because if I was going into a new gym, I think I would have been a little wary,” said Hayden, who joined Gymstars 15 years ago. “Knowing them for years, then going to the next level already knowing them, I could be myself and progress as a gymnast without having to worry about showing them what I can do.”

Hayden has thrived in high school competition, winning a Division 2 Regional all-around and balance beam title in 2019. Smith was third in that year’s Regional, as Linden qualified for the MHSAA Finals as a team. While there were no 2020 Finals because of COVID-19, Smith was a Regional runner-up.

That experience helps build confidence for Saturday’s Regional, and also allows them to assist their younger teammates as they enter the postseason.

“I think it helps stress-wise,” Smith said. “We all get super stressed out because you get one chance and it’s make or break. It’s not like throughout the season I did good, so I get to go to states. It’s not like that. It gives me a little more reassurance that I have the skill to get there, and I just have to perform well. As someone in a leadership role, I try to tell them to focus on the skill rather than being at Regionals.”

There’s some optimism within the program that another trip to the Finals is possible.

“We’ve had a great team this year,” Nancy Holden said. “We have really nice team dynamics, and everybody's having fun and getting along, which is sometimes a challenge when you have three different schools coming together. We are hoping that we can be one of the top three teams (in the region) so we can make it to states as a team. That’s always the goal, but it doesn’t mean that it will happen on that day. We just have to make sure we hit our routines. We’re looking forward to that opportunity.”