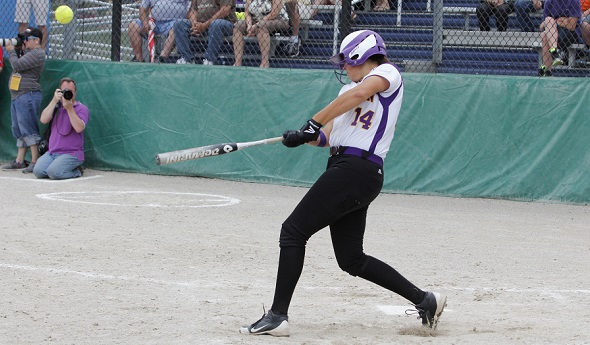 This weekend, for the first time, the MHSAA Softball Semifinals and Finals will be played at Michigan State University’s Secchia Stadium.

But although the tournament’s new stage might be unfamiliar to most, many of the 16 finalists should feel at home playing in championship-deciding games.

Reigning Division 4 winner Kalamazoo Christian is back for more, as are 2013 Division 1 runner-up Bay City Western and Division 3 runner-up Unionville-Sebewaing. Clinton, Gladstone and Livonia Ladywood all played in MHSAA championship games in 2012.

For the first time as well, Semifinal play will begin Thursday and continue Friday with all four Finals on Saturday. Below is this weekend's schedule, followed by a look at each contender.

Tickets cost $7 per round or $15 for an all-tournament ticket that includes admission to baseball games. Radio broadcasts of all games can be heard online at MHSAAnetwork.com. All games will be streamed live online at MHSAA.TV and viewable on subscription basis.

All statistics below are through at least the regular season, with most through teams' Regionals or Quarterfinals. (Click for links to brackets and scores.)

PORTAGE  CENTRAL
Record/rank: 41-3, No. 3
Coach: Tom Hamilton, first season of second tenure (75-7)
League finish: First in Southwest Michigan Athletic Conference East
Championship history: Class A champion 1977, runner-up 1975.
Players to watch: Lea Foerster, sr. OF; Gina Verduczo, sr. P (Stats not submitted.).
Outlook: Portage Central eliminated reigning Division 1 champ Mattawan (9-2) during the District tournament and is in the Semifinals for the first time since 2009. Its only losses were early to Mattawan, then to Division 2 No. 1 Wayland and Division 2 No. 4 Stevensville Lakeshore – although Central beat Lakeshore in the other five games the teams played against each other this spring.  Foerster and Verduczo were all-staters last season. Hamilton formerly coached the team in 2010 and also coached Portage Northern to championships in 2000, 2001 and 2002.

ROMEO
Record/rank: 31-7, No. 2
Coach: Dave McIntyre, fifth season (138-37)
League finish: First in Macomb Area Conference Red
Championship history: Has never played in an MHSAA Final.
Players to watch: Taylor Weaver, sr. P (24-1, 0.60 ERA, 261 K, .469); Danielle Szajna jr. 1B (.440, 23 R, 23 RBI); Kayla Noch, jr. C (.430, 14 2B, 27 RBI); Morgan Gardner, soph. SS (.463, 32 R, 32 RBI, 16 2B).
Outlook: After falling by just a run to eventual champion Mattawan in last season’s Semifinal, Romeo has stormed back to Finals weekend with wins over No. 1 Canton, No. 6 Lake Orion and No. 9 Fenton during the tournament. Weaver and Szajna were all-staters last season and Gardner was an honorable mention, and total the top six hitters from that Semifinal lineup are the same as what should take the field this weekend – including centerfielder Geordin Craun at the top and third baseman Erin Barg in the six spot.

CROSWELL-LEXINGTON
Record/rank: 30-1, No. 9
Coach: Bob Young, eighth season (196-70)
League finish: First in Blue Water Area Conference
Championship history: Has never appeared in an MHSAA Final.
Players to watch: Megan Guitar, jr. P (21-1, 1.77 ERA, 179 K, .392, 4 HR, 41 RBI); Kylee Barrett, sr. SS (.446, 8 HR, 37 RBI); Rebecca Oden, fr. OF (.392).
Outlook: Croswell-Lexington’s lone loss was late to Utica, and it stormed back by outscoring two District opponents by a combined 31-6 and then edging Frankenmuth and No. 8 Saginaw Swan Valley to win its first Regional championship. The Pioneers have been on the verge, however, with this their fifth straight season with at least 30 wins and fourth in five seasons winning their District. All nine starting hitters are batting at least .330.

FOWLER
Record/rank: 26-6, unranked
Coach: Kat Schmitt, fourth season (career record N/A)
League finish: Second in Central Michigan Athletic Conference
Championship history: Has never played in an MHSAA Final.
Players to watch: Tori Wirth, jr. SS; Sydney Feldpausch, jr. P (Stats not submitted.).
Outlook: Fowler is making its first trip to the Semifinals since 1997 after winning its first Regional title since 2002. The Eagles took on their share of larger schools in preparation for the tournament, with wins over Lansing Everett and Eastern, Lake Odessa Lakewood, Owosso and Haslett among others – and the playoff run included a 5-1 Quarterfinal win over No. 7 Westland Huron Valley Lutheran. Wirth earned an all-state honorable mention as a sophomore.