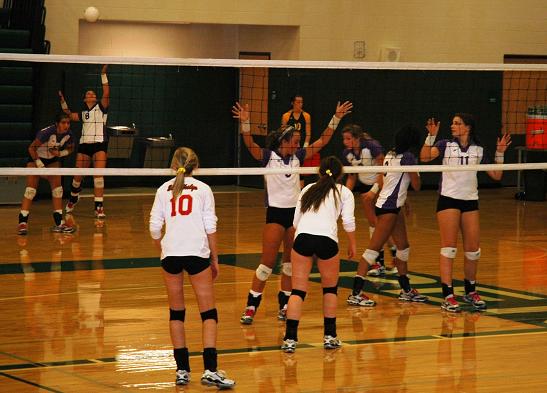 BATTLE CREEK – There’s a good deal of talk that goes around Battle Creek’s volleyball community every fall.  And with a significant amount of talent concentrated in such a small area, there’s plenty to say.

Starting in 1979, the last words for a season often have come at Battle Creek’s All-City Tournament.

Battle Creek Central, Lakeview, Pennfield, Harper Creek and St. Philip played in the 34th All-City on Oct. 15 at Pennfield High. All five schools have won the event multiple times, and St. Philip became the latest champion with a 25-22, 25-5 win over Lakeview in this fall’s final.

“It’s a big deal because there are rivalries everywhere,” said Pennfield senior Cassie Pelloni, who played in her fourth and final All-City. “It’s who wants to beat who, and that’s what it comes down to.

“You want to beat the certain teams that have been talking all season.”

A field of five teams from the same town is the basic starting point of this tournament’s charm. Those teams also represent three leagues and three of four state classes. Battle Creek Central and Lakeview are Class A – both 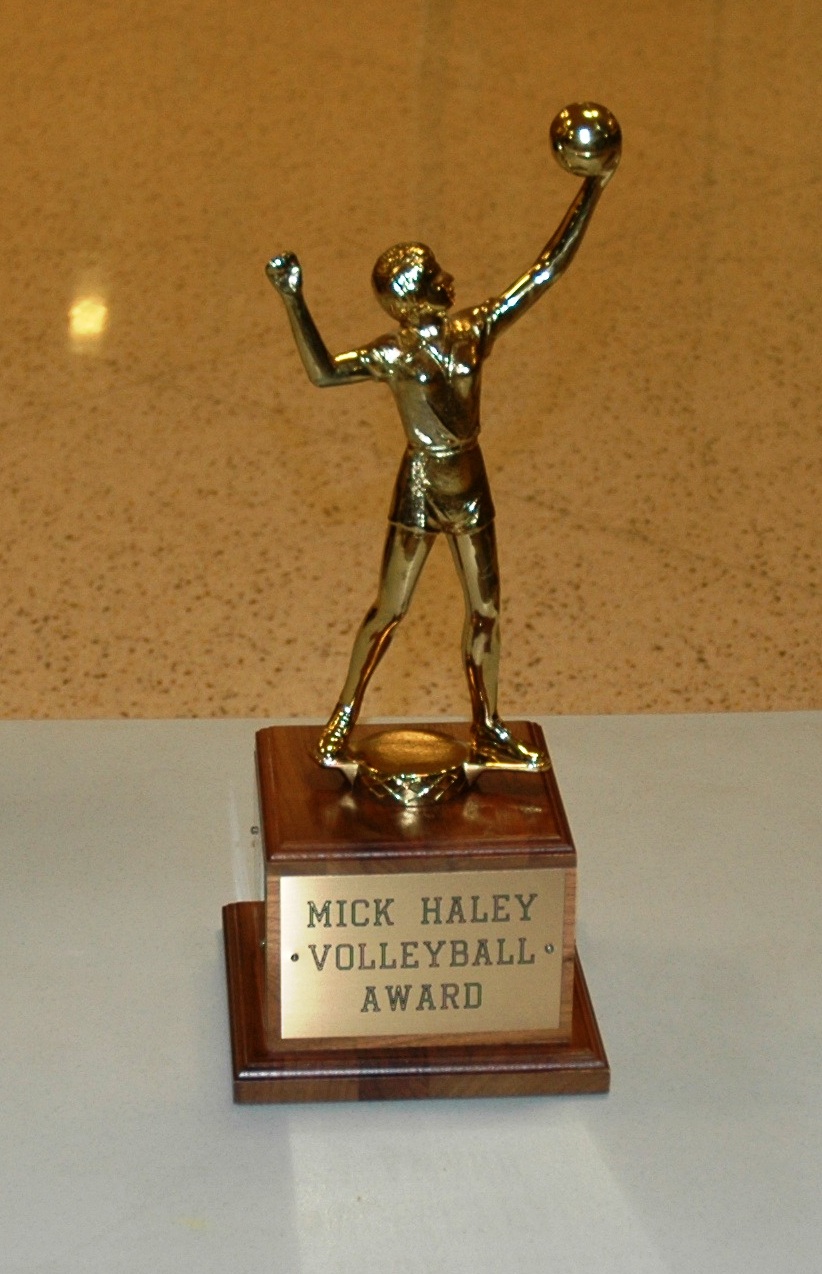 with nearly 1,400 students total -- while Harper Creek and Pennfield are B. St. Philip is Class D and has an enrollment of 120.

What adds most to the intrigue is the combined success of Battle Creek’s volleyball teams. Three of the five have won state titles (St. Phil has 16, Pennfield two and Lakeview one), but only 10 of those 19 state championship teams also won the All-City during those respective season. This fall’s tournament included standout individuals like Pelloni, a 6-foot-1 hitter who will sign with Oakland, and returning St. Philip all-staters Amanda McKinzie and Sierra Hubbard-Neil. McKenzie, a 6-0 junior hitter, has committed to sign with Virginia Tech; Hubbard-Neil is a 5-9 sophomore hitter and getting similar college attention.

St. Philip is ranked No. 1 in Class D again and Pennfield is tied for first in the Kalamazoo Valley Association heading into Tuesday’s match against Class C No. 1 Delton Kellogg. Harper Creek is coming off of a Class B district title last season and Lakeview and Central both have won Class A district titles at least once during the last five seasons.

Part of the mystique of Battle Creek volleyball dates directly to the leader for whom the championship trophy is named – former Kellogg Community College coach Mick Haley, who led KCC from 1973-79 and guided the Bruins to junior college national championships in his final two seasons. He then moved on to Texas and then Southern California and has won a combined four NCAA national titles with those schools. He’s in his 11th season at USC.

The All-City has been part of St. Philip coach Vicky Groat’s volleyball seasons going back to her own high scho 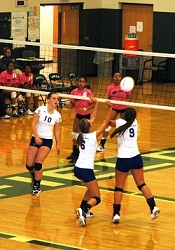 ol career.  She graduated from St. Philip in 1985 and was a senior when the Tigers won the All-City for the first time since 1984. She’s also led St. Philip to six All-City wins as its coach.

“It’s the bragging rights for the year, and a lot of these girls are friends with others on the teams,” Groat said. “Win it, (and) we’re the best in the city. I don’t care what class it is, it’s nice as a player to be able to win one, and as a coach to win a few. And being the only Class D team in the city, it’s kinda nice.”

St. Philip has won the event 11 times – including the last four seasons – followed by Lakeview with eight titles, Pennfield with seven, Central with six and Harper Creek with 2. There’s little secret that these days, St. Philip is the team to beat.

“Oh yeah, we know. We kinda like that. We’re just encouraged to do better,” McKinzie said.

“I feel like it’s a lot different (than other tournaments we play) because we know a little better how everyone plays. We know what we have to do.”

(Trophy) Serve it up: The Mick Haley award, named after the former Kellogg Community College and current Southern California coach, is given to the champion of the annual Battle Creek All-City Tournament.

Set it up: Battle Creek Harper Creek’s Megan Gwathney (6) and Lexi Latshaw (9) prepare to hit while teammate Olivia Black (10) readies at the net during a pool play game against Battle Creek Central.