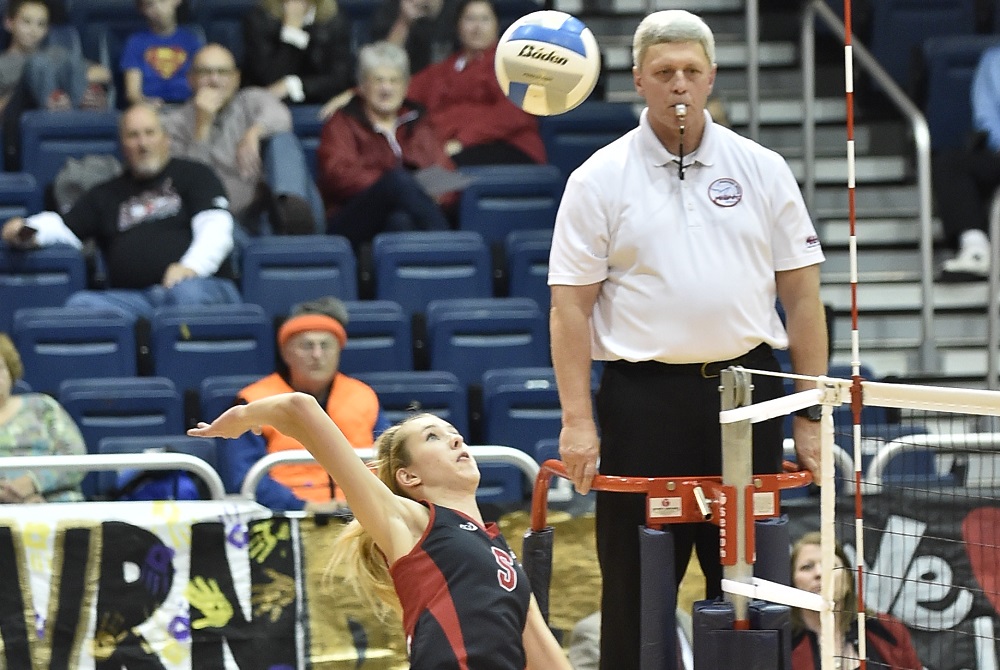 Below is this week's segment – Volleyball Back-Row Block – Listen

A back-row player attempting to play a ball in the space directly above the net is considered an illegal blocker if the ball is attacked or blocked by an opponent into the back-row player while reaching above the height of the net.

Team B receives a point and would be next to serve.