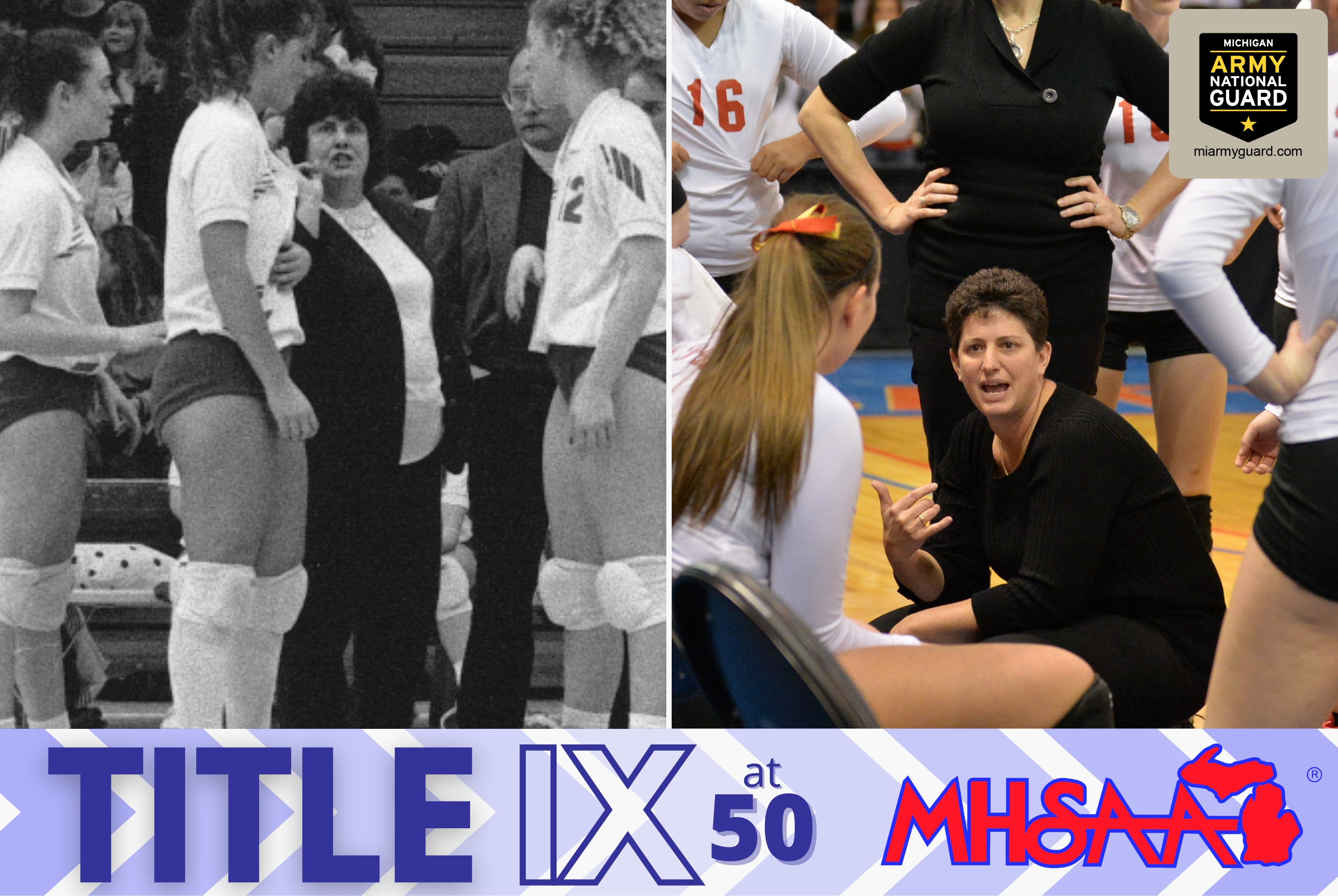 Nearly 100 years of MHSAA history have yielded plenty of multiple-generation coaching families, and a number of those have guided multiple generations of athletes to great success.

But what Battle Creek St. Philip volleyball coaches Sheila Guerra and her daughter Vicky (Guerra) Groat have accomplished is unmatched among coaching legacies – with their individual accomplishments also stacking up well with the rest of the state’s legends on the volleyball sideline.

Last season’s five-set win over Auburn Hills Oakland Christian in the Division 4 title decider gave the Tigers 21 Finals championships in the sport – more than twice the next program on the list. The championship match appearance was St. Phil’s 30th – also more than twice as many as the next most successful team.

Guerra took over the program to start the 1981-82 season (when volleyball was still played during the winter) and finished in 1997 with a record of 862-180-46, with those 862 victories still ranking 25th on the all-time MHSAA volleyball coaching wins list. She led the Tigers to nine Class D championships, including four straight from 1992-96, and two runner-up finishes.

Groat – who graduated from St. Phil in 1985 – followed her mom taking over for the 1997-98 season, leading that team to a Class D runner-up finish, but then stepping away after 1998-99. She returned a season later and has run her record to 1,179-275-93 heading into this fall – with the sixth-most wins in MHSAA history. She’s led 11 teams to Finals championships, 10 in Class D and last season’s in Division 4, plus six more runner-up finishes. The Tigers won a record nine-straight titles beginning with the final winter season of 2006-07 through the fall of 2014.

Sept. 7: Best-Ever Conversation Must Include Leland's Glass - Read
Aug. 31: We Will Celebrate Many Who Paved the Way - Read