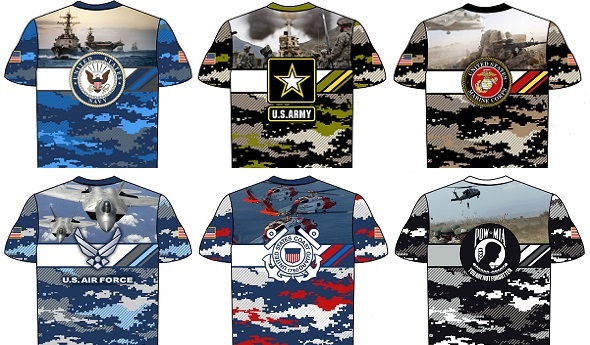 Wrestling practice begins two weeks from Monday. But planning for a special military appreciation event at Coopersville is well underway and promises to be memorable.

The Broncos host an annual six-team tournament, which will take place this season Dec. 28. For this winter’s event, the school’s wrestling program has raised money to buy six uniforms – honoring the U.S. Navy, Army, Air Force, Marines, Coast Guard and MIA/POW(s) – one set of 16 shirts and shorts for each competing team.

None of the uniforms will bear a school name or symbol, only those of the armed service branch or troops the shirts support. Organizers are planning to begin the event with a grand march with veterans leading each team. All veterans and active military will be admitted free of charge, and Coopersville will be inviting residents of the Grand Rapids Home for Veterans.

Hastings, Kent City, Grand Rapids Northview, Ravenna and Zeeland West also will be competing and taking part. The shirts are designed by Addix, a sponsor of the MHSAA.

Neighboring volleyball programs Birch Run and Frankenmuth came together Oct. 10 to give their match as a fundraiser for the I Support the 1% Food Pantry for Veterans of Michigan, which serves local military families.

The teams wore shirts supporting the cause with names on the back of family members who had served or are currently serving in the military.

The match alone was worth the price of admission, as the Panthers won in five sets. The previous week, Birch Run’s football team also supported the pantry as part of Homecoming against Bridgeport.

The Panthers’ volleyball match with the Eagles was just the latest effort between the two schools from the Tri-Valley Conference. The cross country teams also continued their annual joint “fun run” maze competition during a practice this month. 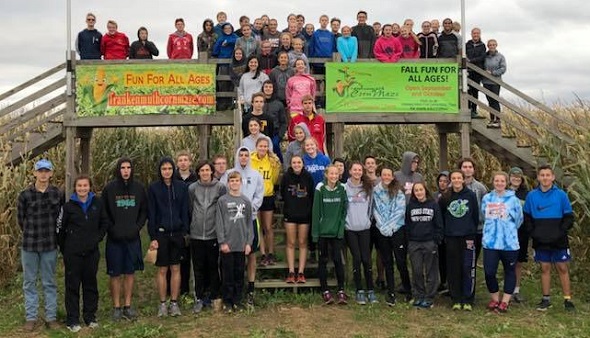