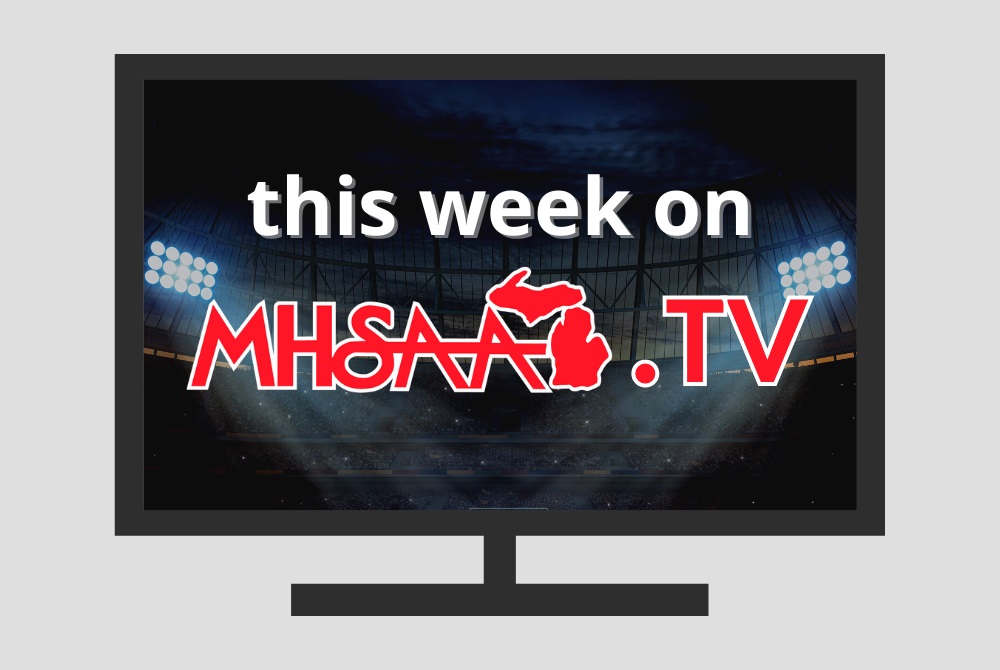 A trio of Friday (Oct. 8) football games with likely league title implications highlight another full week of broadcasts on MHSAA.tv and the NFHS Network, and MHSAA media partners.

In the Southwestern Michigan Athletic Conference, two of the three teams sharing first place face off as Stevensville Lakeshore (5-1) travels to St. Joseph (5-1). In the Kensington Lakes Activities Association East, tied-for-second-place Dearborn Fordson (5-1) will host first-place Livonia Churchill (6-0) in a matchup that could see the latter claim a share of the league championship with a victory. Both of those games will be streamed live on MHSAA.tv, with kickoffs at 7 p.m.

This week’s Bally Sports Detroit live cable game features the leaders in the Ottawa-Kent Conference Red as Caledonia (6-0) goes to Rockford (6-0). That game will be broadcast on BSD’s primary channel as well as online and on the BSD app. State Champs! Sports Network also will stream live on its website a meeting of league leaders Saturday as Warren Michigan Collegiate (4-2) hosts Harper Woods Chandler Park (4-2) for first place in the Charter School Conference East. Both games kick off at 7 p.m. on their respective game days.

See below for links to a number of notable events on the Network this week:

Click the links below to see all three sports’ listings in full:

NFHS Network subscriptions begin at $10.99 per month. Subscribers have access to all live video and streaming statistics across the country. School Broadcast Program participants benefit as a portion of every subscription sold by a school goes to benefit its program.