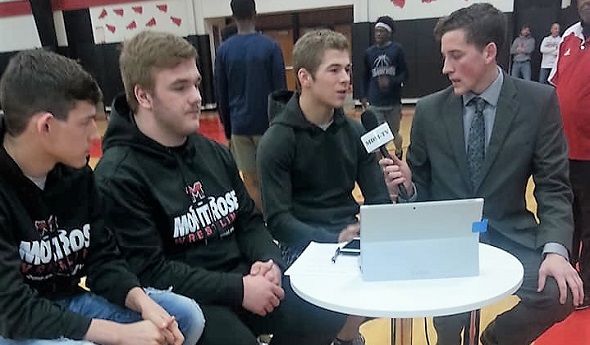 Make it five in row for Montrose High School, which again claimed the top spot as the “Program of the Year” in the MHSAA’s School Broadcast Program Excellence Awards for 2017-18.

The SBP Excellence Awards will award certificates and plaques to the schools which took individual honors, with the presentation dates and times to be announced. 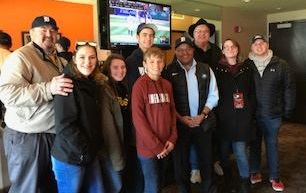 Montrose continued to demonstrate good blend of productions in a variety of sports covered and an overall command of the PlayOn! Sports software used for graphics and inserting commercials/features during the course of productions.

Other criteria used in selecting the top program awards were sporting events produced and live page views for those events. The events category was dominated by schools using Pixellot, the NFHS Network’s automated coverage solution, but still topped by a traditional SBP member. Comstock Park has produced 89 events to date this year, followed by three Pixellot schools – Freeland (76), Plainwell (76) and Macomb Lutheran North (71).

Here is the complete list by categories of the schools and students being honored in this year’s SBP Excellence Awards:

Best Use of PlayOn! Graphics/Software

Montrose also was honored this spring by the NFHS Network with the Best Live Sports Broadcast of the 2017-18 school year. Its production of a regular-season football game with Birch Run, won by Montrose in overtime, took top honors.

In its ninth year, the School Broadcast Program gives members an opportunity to showcase excellence in their schools by creating video programming of athletic and non-athletic events with students gaining skills in announcing, camera operation, directing/producing and graphics.

The program also gives schools the opportunity to raise money through advertising and viewing subscriptions.

A complete list of participating schools can be found on the School Broadcast Program page of the MHSAA website.