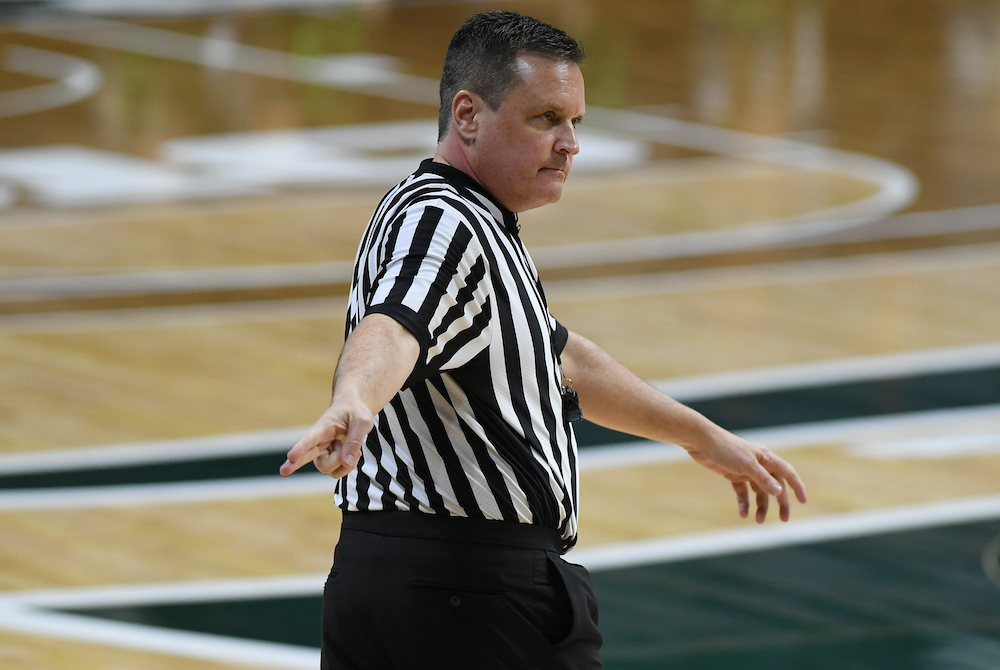 Jim McAndrews felt anxious and excited both times he was on the floor during basketball Finals weekend at the Breslin Center.

But those feelings were a bit different as an assistant coach at Marine City Cardinal Mooney in 2010 than they were as a referee this year.

“It was different because I was worried about myself (as a referee) versus having to worry about high school kids and not making a mistake to screw it up for them (as a coach),” McAndrews said. “This was a little less pressure than that. With refereeing, you kind of just worry about yourself.”

McAndrews served as the head official in the Division 2 Girls Semifinal between Grand Rapids West Catholic and Detroit Country Day on March 18. That Breslin appearance came 12 years after he was an assistant for his brother, Mike McAndrews, during Mooney’s runner-up run in Class D boys in 2010.

He also coached with his sister, Susan Everhart, who led the Mooney girls to the Semifinals in 2008 and a runner-up finish in 2009. Those tournaments ended at Eastern Michigan University, but all of them gave him a rare look at the experience from two very different angles.

“I wasn’t walking in blindly,” McAndrew said. “I think what helps me in my officiating duties is having been there and knowing what the coaches are expecting and what they need. I think that helps me to communicate things to them. Being (at Breslin as a coach) and seeing that helped.”

McAndrews has been reffing since leaving his brother’s staff in 2011. That ended a long run in coaching which started in 1989 when he was an assistant coach at Mooney under Dave Jackson. After one season in that role, he took over the program and coached the Cardinals for a decade. That included coaching his brother, who he would later coach with for another eight years.

It didn’t even take a full season for him to get back on the court, albeit in a different role, after leaving the coaching ranks.

“I missed the game,” Jim McAndrews said. “Refereeing gives you an opportunity to get your competitive juices going a little bit. You get a little exercise, and the relationships you get to make are amazing. There’s nothing like being in the gym and talking hoops with other like-minded people: junkies. Basketball junkies. It’s a community, and it’s a really good community. We all want good stuff for the kids, and we want to help out. Plus, I enjoy seeing the local talent.” 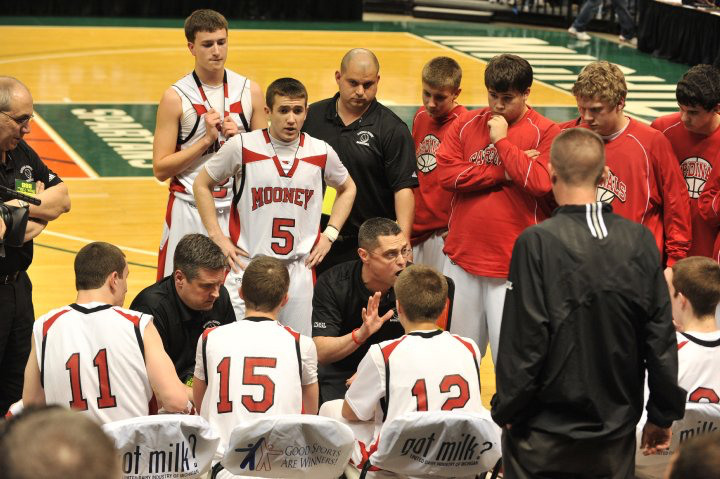 McAndrews, whose full-time job is in automotive supply sales, refs mostly in the Metro Detroit area and the Thumb, working games in the Catholic League, Macomb Area Conference and Blue Water Area Conference.

Being a referee has not only allowed him to stay in the game and the high school basketball community, but it’s also introduced him to new people who have the same love for the game.

“This community really is special,” he said. “We’re not in it to get rich. We’re in it because we’re passionate about the game.”

This year’s Semifinal was his first, and he was joined on the court by Jerry Armstrong and Douglas Richardson. It was the trio’s first time together.

“That can be part of the challenge,” McAndrews said. “You have to be able to adapt to other people’s way of doing things that you’ve never met before. That’s part of it. It’s about officiating the game as well as challenging yourself.”

Another challenge of refereeing during Finals weekend is the increase of eyes on the game, and the extra pressure that can bring.

“In this particular case, it was my first time (reffing) on TV,” McAndrews said. “There’s commentators with replays, and there are different responsibilities in regard to timeouts. There was a little anxiety. I said to my partners that I’m just going to try to smile, be in the moment and enjoy it, because it’s been a crazy couple years. But your peers are watching, other referees are watching, and they’ll let you know if you miss something.”

The game went off without any issues, and the experience ended up being even better than McAndrews expected, as his kids were able to be on the court with him.

“It was fantastic,” he said. “I can’t think of a better word for it. My family was able to get involved, and we had first-class accommodations. My kids were able to be the ball boy and the water guy for me, so this wasn’t just for me. We were very appreciative of it all, and it was really, really fun.” 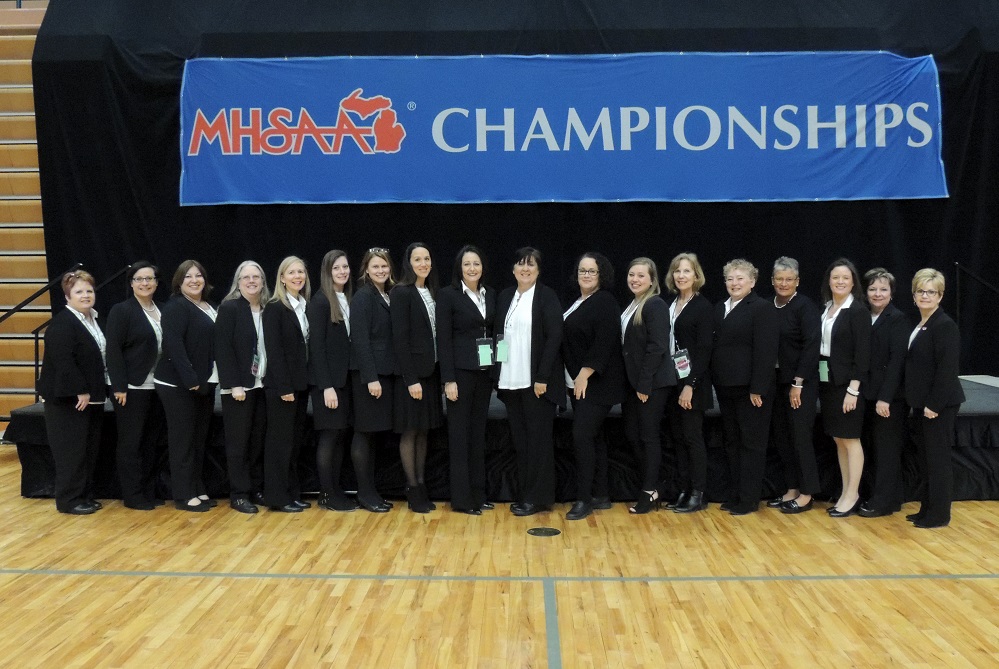 Below is this week's segment – Gymnastics Judges - Listen

The gymnastics finals will be held March 10th and 11th where a Team Finals champion and runner-up will be crowned on Friday night and individual event champions in each event and an all-around champion will be crowned in two divisions on Saturday.

At the Finals, 18 gymnastics officials will be on the floor for each championship, and there are many who are already working regular-season events. What are they all doing?

The meet referee is the head official in charge. They handle all inquiries and disputes.

And then each event will have a set of judges. It can be four different sets, one set for each event. Or the same set could judge each of the four events. One of these judges serves as the chief judge, and each will score the performance. The two scores are averaged for a gymnast’s final score.