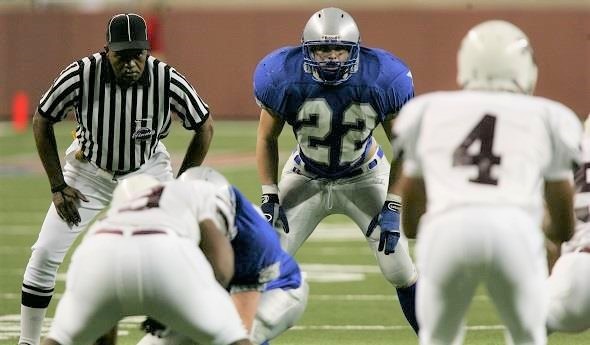 When Hugh Jewell looks at the list of past Vern L. Norris Award winners, his eyes are drawn to 1992 honoree Ted Wilson of East Detroit and Redford’s Bob Williams, who earned the Michigan High School Athletic Association officials accolade in 2011.

Both rank highly among those who have mentored Jewell, a 40-year MHSAA official who has worked a combined eight Boys Basketball and Football Finals.

Wilson and Williams also are the only past winners from the Detroit area. And that makes Jewell even more honored to become the third.

A member of Halls of Fame for both the Detroit Public School and Detroit Catholic High School Leagues, Jewell will receive this year’s Norris Award at the Officials’ Awards & Alumni Banquet on May 3 at the Kellogg Center in East Lansing.

Receiving the call to accept this year’s Norris Award led Jewell to recall many who have helped him along the way – and make a day’s worth of phone calls thanking them for the opportunities and knowledge.

“I’ll never forget certain people who saw something in me even back then, in the 1970s and early 80s, when I was getting on my feet,” Jewell said. “Especially as you get older in this, you have to take on the mentality that whatever it is you learned over the years, there’s reason to give back and pass it to younger (officials).

“Now, reaching the point that I have, I think that’s why a lot of younger guys look forward to games (with me). They see my name, and they know I’m going to give them something to take home with them, even if it’s nothing more than a little bit of advice.”

Jewell, 65, has worked mostly in football, boys and girls basketball, and also a few seasons of volleyball and softball. He also officiated college basketball for more than 20 years, reaching the Division II level.

Not only have his Finals come in three decades, but Jewell believes he is the only official to work MHSAA Basketball Finals at Crisler Arena, The Palace of Auburn Hills and the Breslin Center. He also began his championship weekend run with a 1986 Class A Semifinal at Jenison Field House.

“He has taken advantage of every opportunity to improve himself in his field,” wrote Alvin Ward, a longtime Detroit teacher, coach and administrator and the PSL’s executive director of athletics, in his nomination of Jewell for the Norris Award. “His always positive personality and strong leadership skills have enabled him to become the respected mentor to all who came in contact with him during his prestigious career.”

Jewell graduated from Highland Park High School in 1966 and was decorated with the Combat Infantryman Badge, Bronze Star with Valor Award, Air Medal Award and Vietnam Campaign Ribbon while serving in the U.S. Army from 1968-70.

Jewell then served as a Highland Park police officer from 1970-78, receiving numerous unit and individual citations, and continued as a police/liaison and security officer at the high school and adjoining community college and adult education center.

Jewell earned a bachelor’s degree in secondary education from Wayne State University in 1979 and took his dedication into the classroom two decades later after earning a teaching certificate in social studies in 2001. He taught from 2001-04 at Highland Park Alternative High School, 2004-06 at the Wayne County Juvenile Detention Center’s Ben Carson Academy and from 2006-10 at the Life Skills Center of Metro Detroit.

“Hugh Jewell is renowned not only as a top official who has worked a number of Finals events, but also as a positive influence in the officiating community, “ MHSAA Executive Director John E. “Jack” Roberts said. “He’s passed on his expertise to countless colleagues, students and coaches as a clinician and mentor for more than three decades. We are pleased to recognize Hugh Jewell with the Vern L. Norris Award.”

He also has served as deputy director of the city of Highland Park’s Parks and Recreation Department, deputy superintendent of the city’s Water & Public Works Department and as a substitute teacher/security specialist for Southfield Public Schools.

In addition to passing along his knowledge of games, Jewell had made sure to create a comfort zone for newer officials – remembering when another veteran did the same for him.

Before tip-off of that 1986 Semifinal at Jenison, official Stan Kemp told his young partner, “Don’t worry about a thing. We’ve got this,” Jewell recalled, and Jewell still appreciates how that put him at ease. (Jewell also remembers Kemp mentioning that will a little luck Kemp might be in the NFL someday – and then turning on a game that fall and seeing him wearing the white hat.)

Other best memories include packed Quarterfinals at the University of Detroit Mercy’s Calihan Hall and Ferndale High School – which over the last 30 years have often hosted matchups of the best Class A teams from the Detroit area as they made bids to reach the MHSAA championship-deciding weekend.

Jewell has helped a number of officials prepare for their first “big games.” He delighted in watching one, Lamont Simpson, work an NCAA Tournament game just a few weeks ago. It’s those relationships, part of an incredible legacy, and the opportunities to pass on lessons learned, that have made officiating a giant part of his life’s work.

“Whether it’s in the pregame conference or postgame chit-chat, I have that responsibility to pass those things on,” Jewell said. “I love hearing (from those officials). That why we stay doing this 30 or 40 years.”

Tickets for the banquet are available to the public and priced at $20. They will not be sold at the door. Tickets can be ordered by calling the MHSAA office at (517) 332-5046 or by sending the order form available at this link. 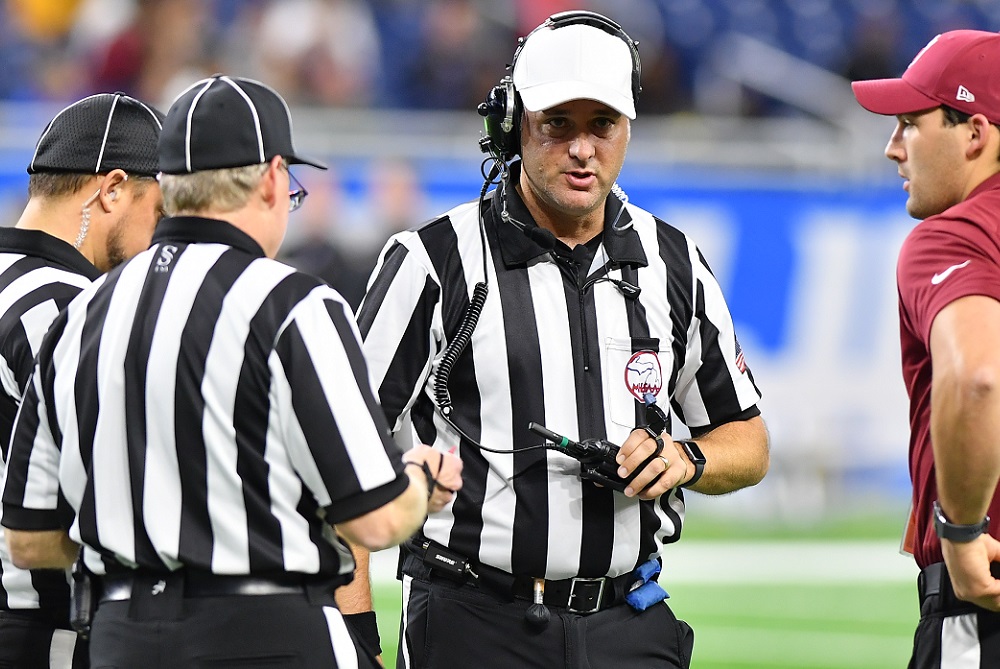