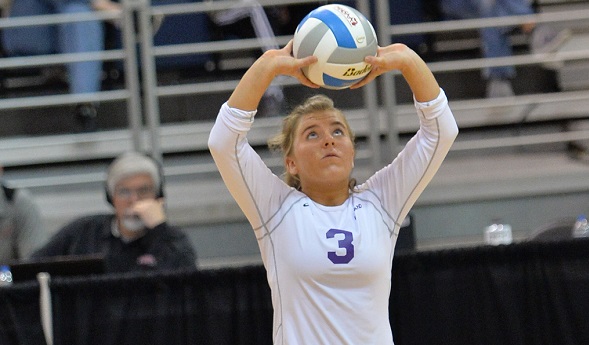 Junior Ella Siddall has accomplished plenty over her first three seasons of volleyball at Leland – and has an opportunity to finish among the state’s all-time greats.

A setter, Siddall already is tied for 16th on the MHSAA record book career assists list with 3,427 over the last three seasons, and she’s on the career aces list with 274 after a single-season qualifying 119 this past fall.

Siddall set her team to the Class D championship in 2015 and the Semifinals in 2016.

See below for more recent record book additions in baseball, boys basketball, boys soccer, volleyball and wrestling. Click on the sport headings to see those record books in full.

Blake Dunn capped his career last spring among career leaders in a number of statistics – despite playing only one game as a senior after tearing a knee ligament at the end of March 2017. He made career lists in four categories, setting a record with a .561 batting average over 100 games and four seasons, with his 53 career doubles tying for fifth-most and his 128 stolen bases tying for 11th. His 58 stolen bases as a junior in 2016 ranked 10th, and he also added a pair of 20-double seasons and a 1.61 career ERA. Teammate Carsie Walker was added for a 1.62 career ERA over 200+ innings and four seasons. Dunn is continuing his career at Western Michigan University, and Walker is playing for Jackson College.

Maple City Glen Lake’s presence in the record book grew with a number of entries, highlighted by 25 straight wins from 2013-15 and 10 career shutouts from 2013-16 for pitcher Zach Cooper. Thomas Waning was added for five career no-hitters from 2011-14, and Matt Schweikart for 21 straight pitching wins from 2015-16. Jared Jackson and Jacob Penny both were added for 23 career hit-by-pitches from 2014-17, with Travis Moore added for being hit three times in one game in 2015 and Nick Apsey for three HBP in a 2017 contest. Josh Jacklin was added for hitting three home runs in a 2008 game. As a team, Glen Lake was added for being hit by 69 pitches in 40 games last season, and also was added six times for at least 11 stolen bases in a game – with its 18 against Elk Rapids in 2011 tied for third-most in one contest. Jackson is continuing his career at Lansing Community College and Penny is playing at Kalamazoo Valley Community College.

Ravenna senior Brian Thompson capped his three-season varsity career last spring with a 0.71 ERA – making the single-season list in the category. He also made the career ERA list with a 0.96 over 130 2/3 innings pitched over the last two seasons and one game as a sophomore.

Kirk Myers was added for tossing six shutouts for Frankfort as a junior during the 2017 season. As a team, Frankfort also was added for 17 shutouts total in finishing 34-1 and winning a Division 4 District title.

Luke Toliver showed his shooting prowess a number of times during his Paw Paw career. One of the most memorable came Dec. 22 against South Haven, when he made an MHSAA record 29 free throws (in 32 attempts) during an 88-83 triple-overtime win. Toliver finished with 45 points in the victory.

Elk Rapids senior Brett Graham scored 22 points during the fourth quarter of his team’s Class D District opener against Benzie Central on March 5, 1990, bringing the Elks back from 12 down for a 77-69 win. Graham now is Elk Rapids’ coach after previously leading the varsities at Kalkaska and Traverse City West.

Chris Keenan played on the first two varsity teams in Richland Gull Lake history in 1982 and 1983, starring with a combined 99 goals and 73 assists. Both career totals made the MHSAA records as did his 172 career points. He had 86 points both seasons (47 goals/39 assists and then 52 goals/34 assists, respectively) and those single-season goals, assists and points also earned entries. Keenan went on to play at Indiana University and San Diego State, then professionally for multiple clubs.

Maria Mallon finished her New Baltimore Anchor Bay career ranked third in MHSAA history for kills with 3,110, after her 1,030 in the fall placed second since the beginning of rally scoring in 2004-05. She made the single-match kills list 19 times, including for a high of 47 against Romeo in a 2015 match. She also made the single-season aces list twice, with a high of 159, and had 12 aces in a match twice. Senior Justine Stewart was added for assists in a match seven times over the last two seasons, with a high of 61 against Farmington Hills Mercy on Nov. 14. She also was added for 1,413 assists this fall. Mallon will continue her career at University of Cincinnati.

Dustin Gross finished his career at Dearborn Heights Annapolis with a 217-13 record that made the MHSAA list for wins, as did his single-season victories of 59 and 58 the last two, respectively. He finished as an Individual Finals runner-up the last three seasons and has signed with Central Michigan University. Freshman teammate Josh Hettrick just missed the single-season wins list at 55-3 but did have 43 pins over his 58 matches.

PHOTO: Leland’s Ella Siddall sets for a teammate during a 2016 Class D Semifinal match at Kellogg Arena in Battle Creek. 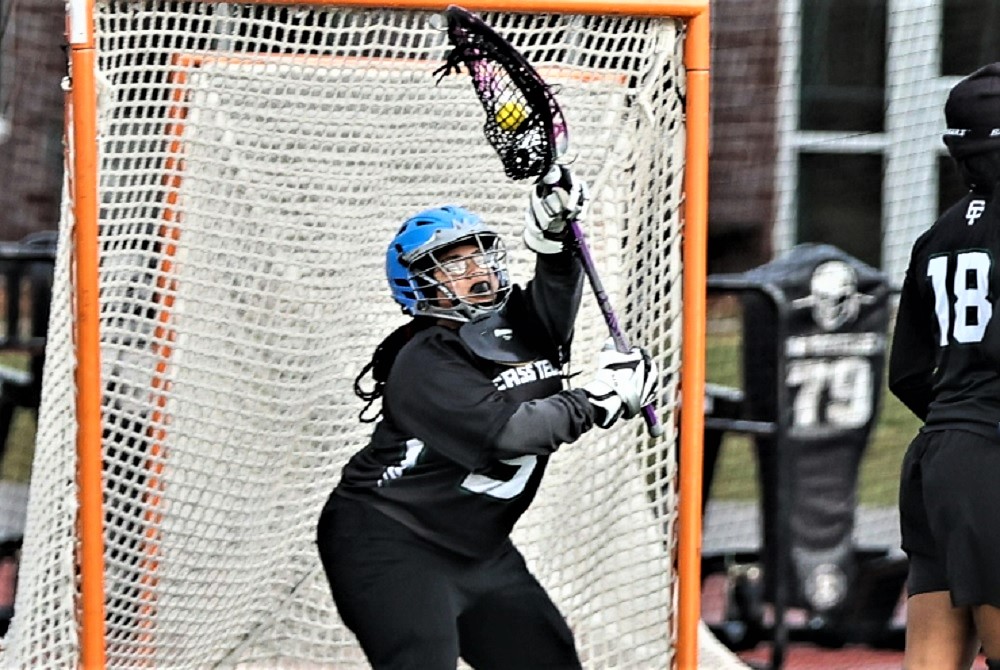