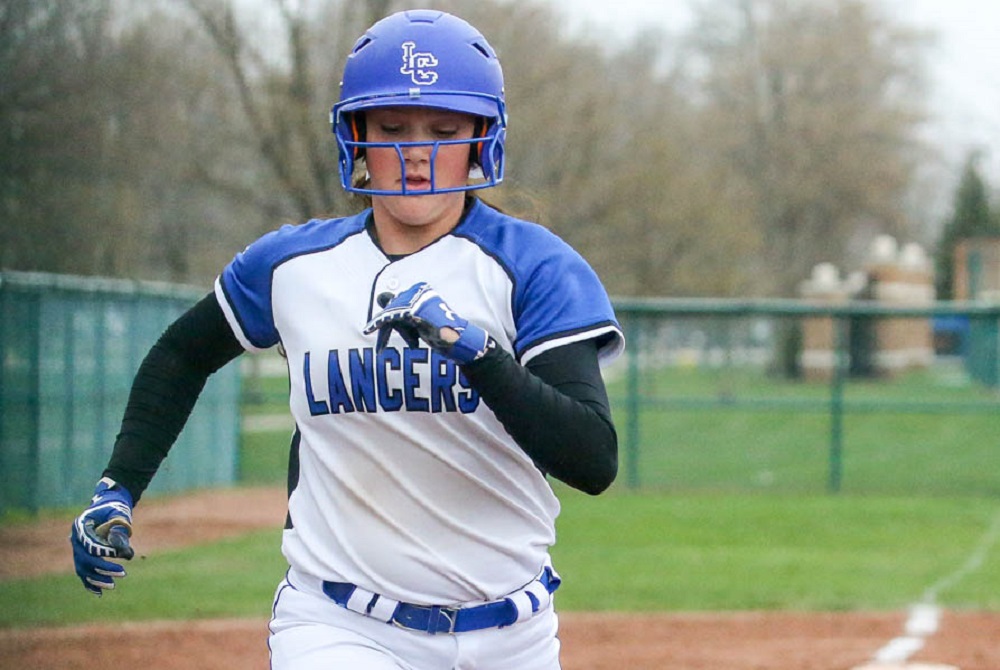 Brooke Nadolny capped her career at Harrison Township L’Anse Creuse in 2019 with 30 record book entries – and as the most prolific power hitter in MHSAA history.

Galvan, who graduated in 2020, has joined Nadolny in continuing at Wayne State.

See more recent record book additions below in boys basketball, softball, volleyball and wrestling, and click on the sport headings to see those record books in full.

Tyler Horky capped his four-season Manchester varsity career in 2020 with more of the scoring that made him tough defend, especially that Feb. 12 against Vandercook Lake. That night he scored 58 points, including 27 in the third quarter – tying the second-most for a quarter all-time with the most by any player since 2008. He also made the record book with 170 free throws in 203 attempts as a senior and 328 in 415 attempts for his career. Horky is continuing at Kalamazoo College.

Pellston’s Blake Cassidy graduated last spring as one of the most prolific 3-point shooters in MHSAA history. He made 227 3-pointers in 596 attempts over 95 games from 2017-20, tying for 18th-most 3-pointers for a career. He’s continuing his career at Lake Superior State.

Brad Simonsen reached the record book with the 13th-most points in one game on Feb. 4, 2020, scoring 63 for Houghton against Ishpeming to also break the school record of 60 scored by Gary Lange in a 1970 contest. Simonsen is continuing his career at Michigan Tech.

Wyoming 2020 grad Menalito McGee established himself as one of the state’s sharpest 3-point shooters as a senior, putting up two of the top-five long-range shooting performances of all-time over a two-week span. He made 12 3-pointers – tied for fourth – against Middleville Thornapple Kellogg on Jan. 28, 2020, then connected on 14 – second most all-time – against Wayland that Feb. 11. He is continuing his career at Aquinas College.

Over the first five days of February 2020, Hannahville Nah Tah Wahsh accomplished a 3-point shooting feat rarely seen – and did so twice. That Feb. 1, Hannahville sank 20 3-pointers, tying at the time for sixth-most in one game, in a 68-20 win over Mackinac Island. Four days later on Feb. 5, Hannahville connected on the third-most 3-pointers in a game, 24, during a 73-39 win over Big Bay de Noc. The Soaring Eagles scored all of their points on 3-pointers and free throws in both games.

Heidi Walters was among standouts who was unable to add to her career totals in 2020 because the season was canceled due to COVID-19, but she planted multiple entries in the records for home runs and RBI. She had 14 homers and 71 RBI as a junior in 2019 for Traverse City Central, making the record book for both, and she finished with 27 career homers over her first three seasons including playing her first two at Traverse City St. Francis. She is continuing at Concordia-Ann Arbor.

Bloomfield Hills’ Alexa Rousseau capped her four-year varsity career in 2019 as a Miss Volleyball Award finalist, and her excellence is now included in the record book as well. Rousseau just missed the single-season assists list as a senior but made the career list with 3,673 over 458 games to rank 24th all-time. She twice made the single-season aces lists, with a high of 159 as a senior, and her 458 total rank fifth on the career list in that category. Rousseau is continuing her career at Northwestern.

Jamie Burke earned an entry with 13 aces during Johannesburg-Lewiston’s two-set win over Fairview on Aug. 26, 2019. Burke was a junior at the time.

Kyle Woodruff already had a records entry for his 59-0 season for Pinconning in 2005-06, but he’s been added twice more. Woodruff finished 58-5 the season before as a junior and a combined 203-37 over his four high school seasons.