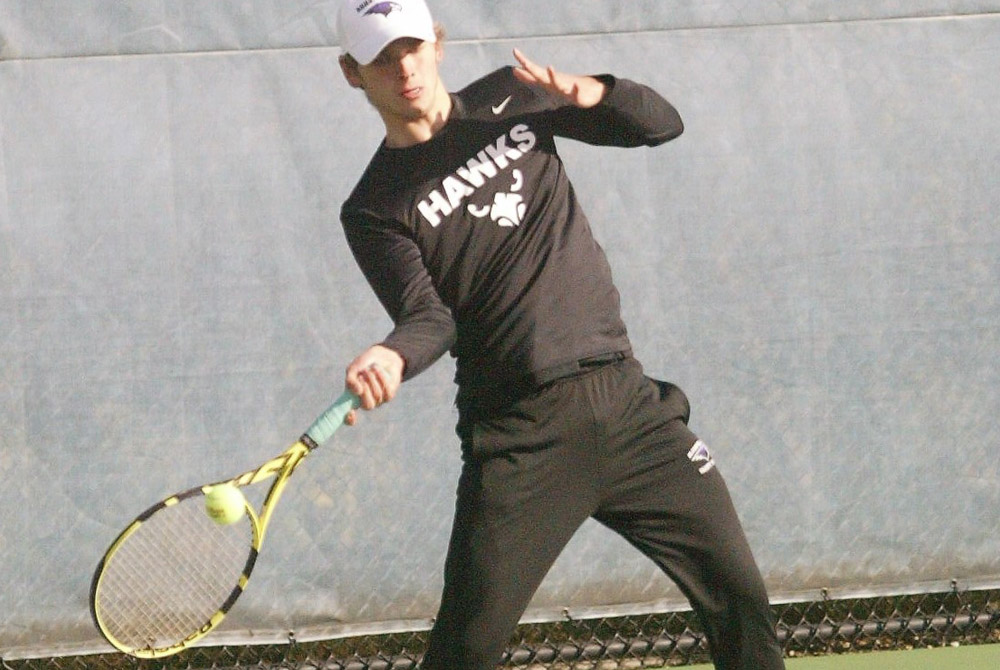 That was about the only thing that went wrong for Bloomfield Hills this weekend. The Black Hawks used their supreme depth to run away with the MHSAA Division 1 boys tennis championship, the program’s third in six years and fourth in eight seasons – and also their first since 2018.

Bloomfield Hills capped the chilly, two-day tournament by capturing titles in five of eight flights and finishing runner-up in two others. The top-ranked Black Hawks tallied 35 points to win going away.

Northville was runner-up with 25 points, followed by Troy with 24. Novi was fourth with 17 points.

Each of the top four teams was ranked in the top four of the Michigan High School Tennis Coaches Association poll.

“We had a lot of depth. We had a couple kids come in – a couple freshman, Jonah Chernett and Connor Shaya – and they kind of extended that lineup even further to where we were just very, very deep,” said Burks, who also guided the Black Hawks to Division 1 titles in 2015, 2017 and 2018.

“To be honest, everybody just worked very hard in the offseason. They knew that we were getting those couple of guys and we only graduated one from last year, so they just knew – these are the stakes, and we knew that Troy and Northville and Novi were going to be tough. Yeah, it was great.”

Bloomfield Hills settled for a Finals runner-up finish last season behind Troy. This time, championships at two of the four singles flights and three of the four doubles flights helped push the Black Hawks over the top.

Bloomfield Hills senior Daniel Stojanov repeated at No. 2 singles with a 4-6, 6-1, 6-2 victory over Bloomfield Hills Brother Rice’s Patrick Cretu. At No. 4 singles, the spunky Shaya defeated Troy’s Dhruv Gupta in the Finals match, 6-2, 6-3.

The doubles teams of Pierce Shaya-Merrick Chernett (No. 1), Michael Dillon-Ryan Rose (No. 2) and Kierth Lingam-Dominic Pascarella (No. 4) earned big points for Bloomfield Hills with flight championships. 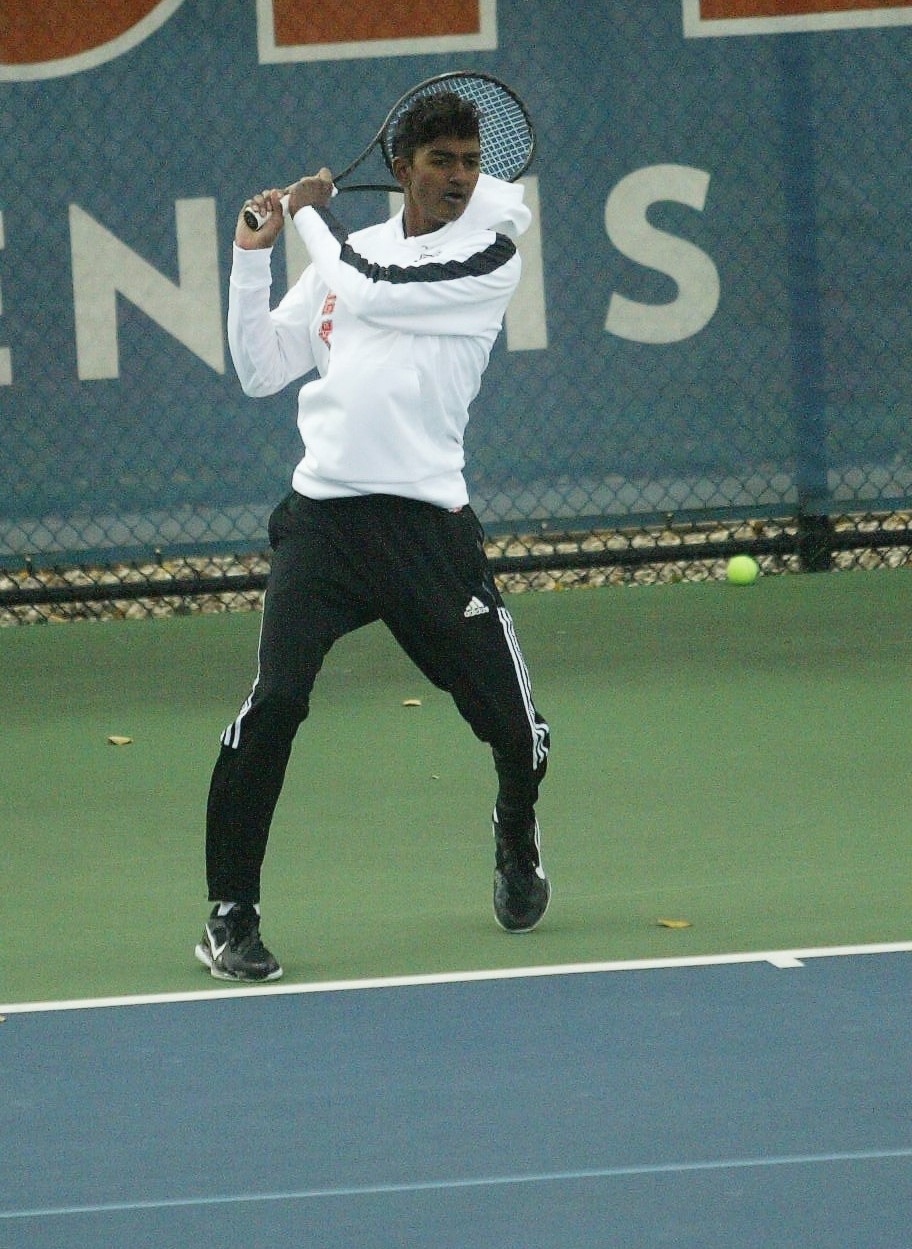 It was a different Finals experience for Kumar this time around. Last year’s Division 1 Finals in Kalamazoo was moved indoors because of rain.

“The conditions – just way too cold outside, and (too) windy to play tennis, but somehow I didn’t cramp and the conditions didn’t get to me,” the even-keel Kumar said with a smile, alluding to temperatures hovering at or just below 50 degrees.

“It’s really, really nice, especially to say I won it once and I won it again – won it twice in a row.”

Stojanov knows the pressure of attempting to repeat as well.

It wasn’t easy for him Saturday, but the reward was well worth it, especially since his teammates also can call themselves state champions.

“Down a set, I had to raise my level, I had to raise my game. I played a great player, so everything had to align for me to get the win. I want to give credit to my coaches and my teammates for cheering me on. It was great overall.”

He considers that a “fantastic year,” but said what differentiates this group is that every single person on the team held his own and played an important role.

This Black Hawks squad is relatively young, so the future looks bright, too.

“It felt amazing because, like, I was really nervous because early in the season. I barely beat (Gupta) in the third set, but I really felt in that third set (Saturday), I knew his game. When I came here to play him today, I felt great,” said Shaya, who goes by the nickname “Cosmo.”

“It’s amazing (to win the team title) because we all just feel like champions. It was the perfect season.”

PHOTOS (Top) Bloomfield Hills senior Daniel Stojanov sends a volley on the way to repeating at No. 2 singles. (Middle) Northville junior Sachiv Kumar fires a backhand during his No. 1 singles final. (Click for more from High School Sports Scene.)