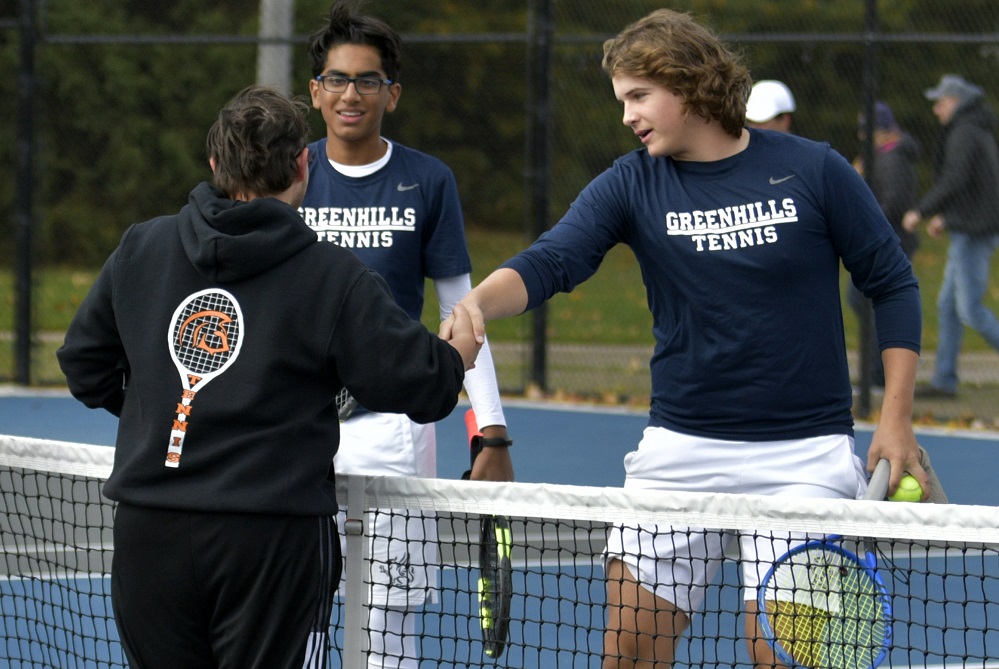 MASON — Just like he had the last two years, Bloomfield Hills Cranbrook Kingswood senior Owen DeMuth advanced to the No. 1 singles championship match Saturday at the Lower Peninsula Division 3 Finals, where on the opposite side was the top seed from Ann Arbor Greenhills.

The only difference is that this time it was a different top seed.

DeMuth had lost to Oral the last two years, but didn’t want to think about those defeats against Rajendra as he tried to make the third time the charm.

Not only did DeMuth stay in the moment during the match, but he got to celebrate a championship moment when it was over after beating Rajendra 6-1, 6-4.

DeMuth was seeded second after losing two of three matches to Rajendra during the regular season, which created a bit of motivation. 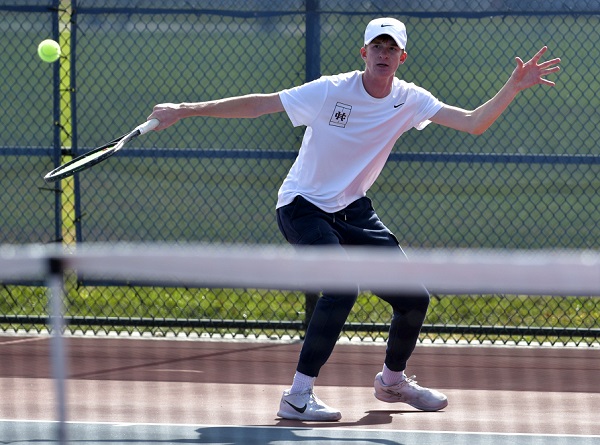 “Just played with an underdog mentality,” said DeMuth, who will play in college at Georgia Tech. “Knowing I was going to have to work for it, and it wasn’t going to be handed to me.”

Cranbrook coach Steve Herdoiza said DeMuth did a good job of making suggested adjustments for what was the fourth meeting of the season with Rajendra, but he didn’t want to get too much into specifics as to what those adjustments were.

“I can’t give away all the secrets,” Herdoiza said. “But I think he just got very clear and decisive on the strategy he wanted to use.”

While DeMuth celebrated the individual title at No. 1 singles, Rajendra and the rest of Greenhills did get the final laugh in the team portion.

After winning it all in 2019, Greenhills was second in 2020 and third last year, and those experiences helped beyond measure for a team with seven seniors.

“This felt good,” Greenhills coach Eric Gajar said. “We’ve been there in that situation, so this time when they got in a similar situation, they were icy and ready to go. They pulled through and got it done.”

Greenhills showcased its depth in winning the title, having finalists in seven of the eight flights.

Rishi Verma at No. 2 singles, the team of Ismael Metwally and Lucas Nor at No. 1 doubles, the tandem of Arjun Prabhakar and Dylan Carvette at No. 3 doubles, and the team of Charles Branch and Ajay Purohit at No. 4 doubles all won flight championships for the Gryphons.

“That’s what it takes to beat good teams,” Gajar said. “It’s to have a complete lineup. We did, and they all delivered. Every point mattered, and we got what we needed from them.”

The other flight winners were Clay Hartje of Detroit Country Day at No. 3 singles, Amaan Khan of Cranbrook at No. 4 singles, and Cranbrook’s team of Andrew Fink and Jace Bernard at No. 1 doubles.