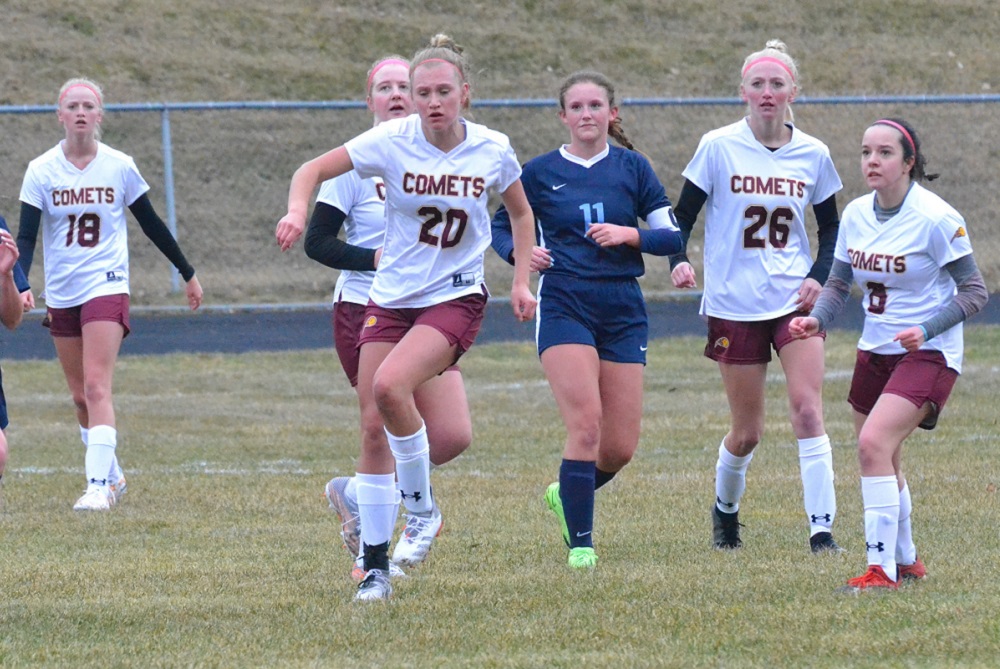 Her McBain Northern Michigan Christian soccer players certainly have given her a proper welcome.

And, Northern Michigan Soccer League opponents should be cautioned, if they haven’t been already.

We’re not talking about soccer’s red card sendoffs and yellow card cautions. VanNoord, who took the helm at Cadillac High School in 2003, built a strong youth program and took the Vikings from near the bottom to always near, if not at, the top of the Big North Conference going head-to-head with Petoskey, Gaylord, Alpena, Traverse City Central and Traverse City West.

At NMC, VanNoord took over for longtime Comets coach Dave VanHaitsma, who had the program heading the right direction. The Comets have very high expectations this season.

“I knew that in order to build a high school program I had to build the youth program and the love for soccer first – and that's what I did – with the help of so many amazing people,” VanNoord enthusiastically recalled of her time at Cadillac. “Building a program definitely didn't happen overnight, but as the love for soccer grew in the community so did our success as a high school program, and that success continues and our girls youth program is strong.”

Cadillac is off to a 6-1-4 start this season. COVID-19 erased what was supposed to be VanNoord’s final season guiding the Vikings. Cadillac knew VanNoord would step down when her daughter, Jada, entered high school and started playing soccer for NMC.

But with the pandemic starting to impact high school sports in the spring of 2020, Cadillac athletic director Fred Bryant was left regretting that the Vikings didn’t get the chance for a proper sendoff. That entire spring season was canceled after just a few weeks of practice because of the coronavirus.

"Coach VanNoord was an outstanding role model and coach for the girls soccer program as well as the entire soccer community here in Cadillac years before my arrival as athletic director in the fall of 2017,” Bryant said. “My short time with her proved to be nothing different than the previous years, as her experience and professionalism were apparent from the time I first met her.

“Unfortunately, we knew in advance that the 2020 season would be her last, but COVID abruptly ended her last season here in Cadillac and we did not get the opportunity to give her the true recognition she deserved,” he continued. “I for one am not surprised at all by the immediate impact that she has had on their program." 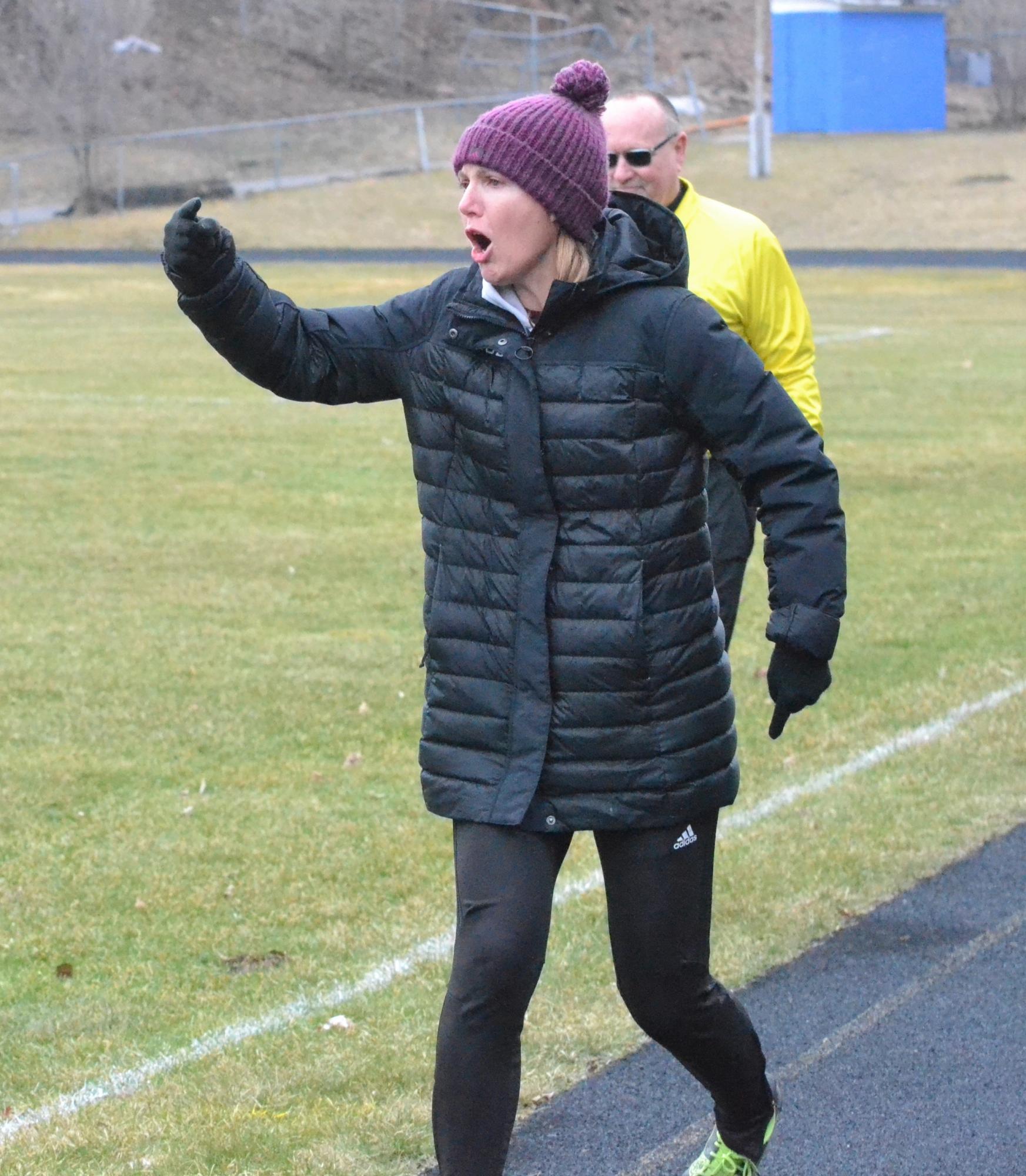 The Comets, with VanNoord at the helm, are off to a 9-0 start and 8-0 in league play. They’ll take on Midland Calvary Baptist this afternoon fresh from a 6-0 win earlier this week over Buckley.

“Then, I take all the individuals and make them into one cohesive group,” she went on. “Soccer is a physically demanding sport especially in the spring, and it's easy to get discouraged and fatigued. And putting players in the right positions to create that cohesive group makes all the difference in winning and losing a game.”

The Comets are led by high-scoring sophomore Jada VanNoord. Onlookers believe she has already set the school’s single-season record for goals.

You won’t get Coach VanNoord to acknowledge stats, or specifics on the job Mabel Yount, Alaina Rozeveld, Maggie Yount and Sol Pacheco have done shutting down opponents' passing lanes this season.

“I am not one to focus on individual stats,” the coach said.  “Our success comes from putting each other first.

“Our goal is to make each other great.”

And the Comets don’t rely on one player, Jen VanNoord noted.

“If each member on the team focuses on the other members of the team more than themselves, we can build from there and find success,” she said.  “We are successful because we fight for each other, we are relentless for each other, and we constantly build each other up.

“This season we have many tremendous athletes who are fast and physical and strong with a wide variety of soccer specific abilities,” she continued. “No one player can win on their own – it takes every player for us to win.”

She does have to admit it is a dream come true to coach Jada. And she’s coaching the right team despite a continued support for the Vikings. 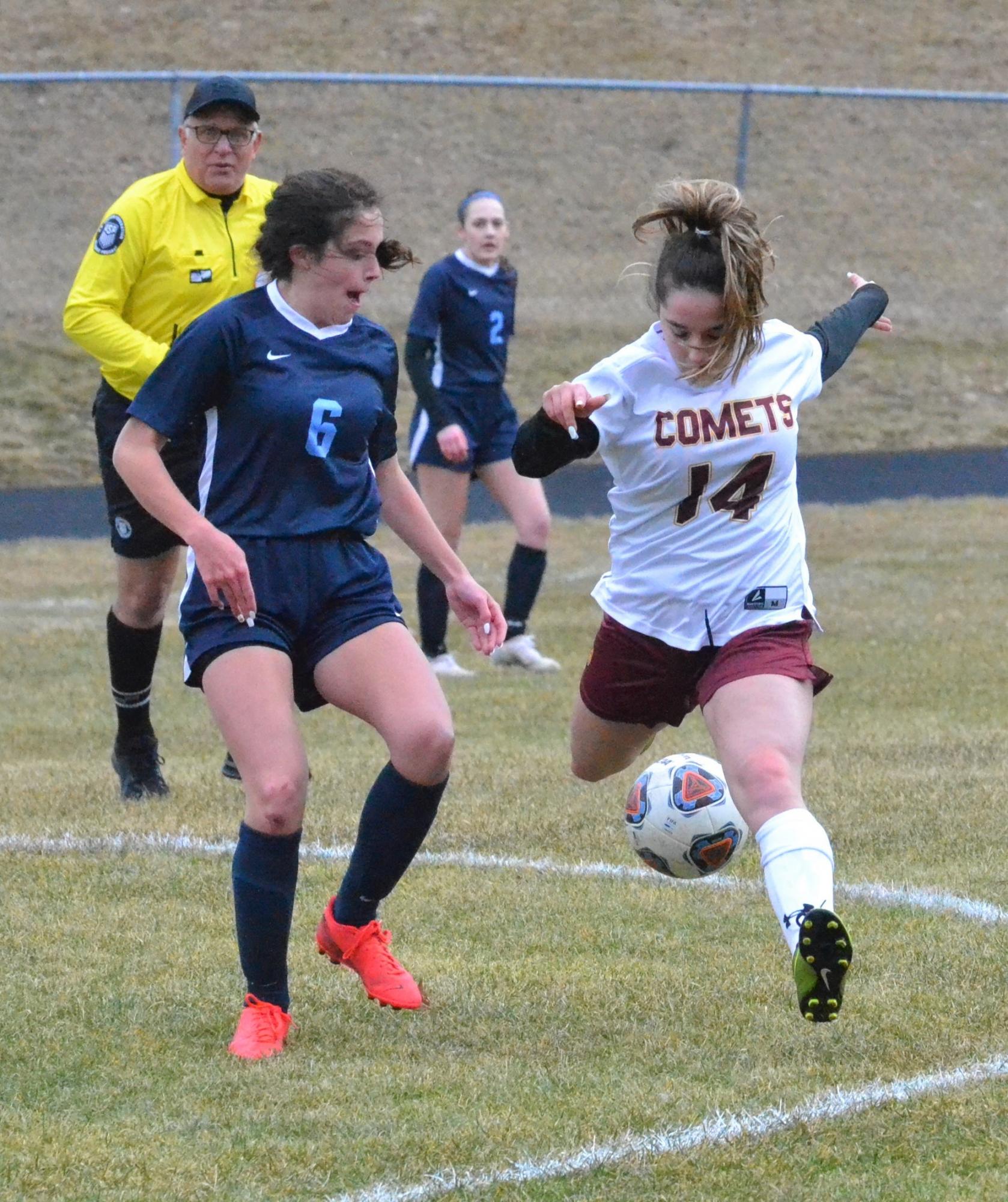 “Jada plays with so much joy and confidence that it spills over to her teammates and makes us better as a team,” Jen VanNoord said. “As much as I love the players and the program at Cadillac, I didn't want to miss her high school games to keep coaching there.

“The success NMC had last season and so far this season just solidifies the fact that I'm in the right spot at the right time in my coaching career,” she continued. “I have found a new joy for coaching because of my daughter and her NMC teammates.”

Coach VanNoord grew up in Southern California and fell in love with the game of soccer at a young age.

“I played it as often as I could, and in California you can play soccer every day,” she said.

Her family moved to Grand Rapids when she was in high school. She played for Grand Rapids Christian High School and longtime coach Larry Klaasen, who VanNoord describes as “an incredible teacher of the game.”

Klaasen, who also taught history for 21 years at Grand Rapids Christian before retiring, guided the boys soccer program for 32 seasons and the girls for 23. He stepped down as the girls coach after the 2011 season.

VanNoord started her coaching career as the junior varsity coach under Klaasen. She went on to play collegiate soccer at Calvin College.

“I found a lot of success on the field as a player but also had some amazing coaches that continued to make me into a coach that loves to play the game, loves my players and loves teaching the game,” VanNoord said.

“While she is always respectful, she certainly has a way of speaking that gets your attention when she wants to,” Anderson said. “Her players clearly love and respect her.

“Apart from that, the record speaks for itself.”