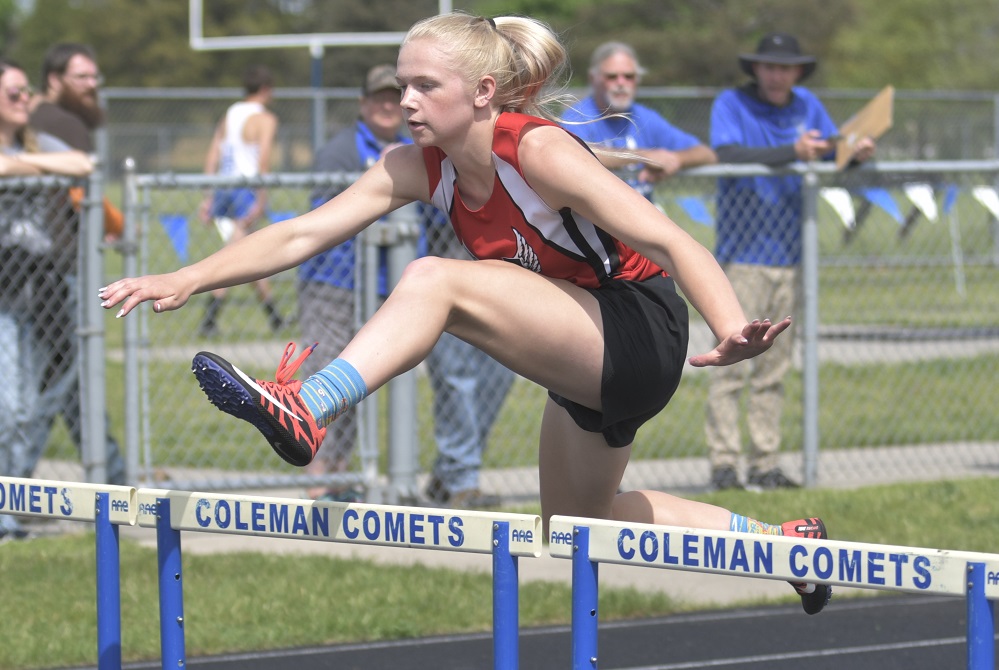 Events begin at 10 a.m. (EDT) and tickets to attend can be purchased online only at GoFan. The meets also will be broadcast on MHSAA.tv and viewable with subscription.

Below is a glance at team contenders and individuals to watch in all four divisions.

Team forecast: Oak Park has been the standard most of the last decade, last season winning its third-straight Division 1 championship and sixth in seven seasons (not counting the COVID-canceled 2020 season). Detroit Renaissance finished runner-up for the second straight Finals, but has the star power and depth to make a run at its first championship since finishing a run of 10 titles in 11 years in 2007. Rockford, Ann Arbor Huron and Ann Arbor Pioneer are others with an intriguing mix of possible event champions and qualifiers in numerous events.

Kaila Jackson, Detroit Renaissance senior: The three-time Finals sprint champion could make a run at the all-Finals records in the 100 and 200 as she enters her last championship meet seeded first in the 100 (11.52) and 200 (24.17) and likely to run on the top-seeded 400 and third-seeded 800 relays. That 100 qualifying time would break the all-Finals record of 11.54 run by Mumford’s Shayla Mahan in 2006.

Sophia Mettes, Dexter senior: Last season’s pole vault champion is the second seed with her Regional vault of 12-3. But she has the highest vault in Michigan this season by six inches at 13-6 from her league meet three weeks ago.

Abigail Russell, Allen Park sophomore: She also could take a major step this weekend after finishing 15th in shot put last season. This time she’s seeded first both in shot put (43-0) and discus (131-5), and both by impressive margins.

Team forecast: Petoskey last season became the seventh team over the last eight LPD2 Finals to win the team championship. This season’s race is difficult to forecast. East Grand Rapids and Grand Rapids Christian both could score major points in distance competition, with the Eagles showing potential in field events as well. Madison Heights Lamphere, New Boston Huron, Allendale, Bridgeport, Petoskey for a repeat – in a low-scoring meet, all could have a chance, especially considering Petoskey was the only team to score more than 29 points last season. 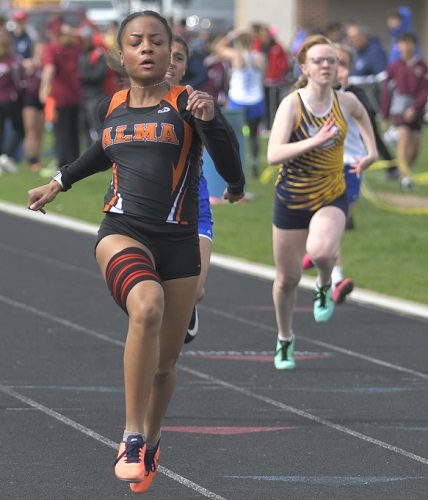 Ella Jenkins, Warren Regina junior: A qualifier in the 100 hurdles last season who finished 11th in the preliminary, she’s improved literally with leaps and bounds. Jenkins is seeded first in both the 100 hurdles (14.95) and 300 hurdles (45.20) and could also run on the 1,600 relay.

Chaniya Madison, Bridgeport senior: The reigning champion in the 100 and 200 also won the 100 as a freshman. She’s seeded third in that race (12.36) for Saturday, her time only a tenth of a second from topping the list, and she’ll also likely run on the 400 relay and top-seeded 800 relay.

Ryann Rohrer, Ludington senior: Her third place in shot put last season was only 3½ feet off the lead, and she returns as the top seed in that event (44-6) by 3 feet, 7 inches. She’s also the fourth seed in the discus (122-6).

Team forecast: Pewamo-Westphalia has been the standard for most of the last decade with four championships over the last eight seasons (not counting canceled 2020), and the Pirates and Grass Lake tied for the title a year ago. Qualifiers throughout the meet should have P-W contending again – but Hart’s distance and relay talent might make it the favorite. Onsted also has high-scoring potential with two top-seeded relays and two of the top three seeds in the 400.

Lexus Bargesser, Grass Lake senior: The future Indiana basketball player missed her entire senior hoops season because of a knee injury but will be back this weekend as a five-time individual champion after winning the 100, 200 and 400 last season. She’ll run just the 400 this time, seeded seventh (1:00.36).

Mickenzie Brancheau, Kent City senior: The reigning high jump champ is among 10 who qualified with a Regional jump of 5-0 to 5-4.

Team forecast: Fowler has won five of the last 10 championships including most recently in 2018 and 2019, and the Eagles are strong in relays with scoring possibilities all over this meet. Reigning champion Mount Pleasant Sacred Heart has three top seeds and relay strength as well, and Hillsdale Academy has two top-seeded relays and a third top seed in long jump that could put it in contention. Muskegon Western Michigan Christian, moving over after running in Division 3 last spring, also has a strong opportunity with distance and relay power.

Jocelyn Hall, Athens junior: The reigning 100 hurdles champion is seeded third in that race (16.75) and will run on the sixth-seeded 400 relay.

Emma Valentine, Morrice senior: The reigning high jump champ has tied for the sixth-best in the state this spring (5-6) and enters as the top seed with a 5-4 Regional jump.

Tess VanDyk, Kalamazoo Hackett Catholic Prep senior: She swept the throws at last year’s Final and is seeded first in both with a toss of 40-0 in shot put and 125-5 in discus.

Allison Wichert, Vestaburg senior: She seeded third in the 300 hurdles (48.75) and seventh in the 100 hurdles after winning the 300 championship last season.

PHOTOS (Top) Vestaburg's Allison Wichert leaps a hurdle during her Lower Peninsula Division 4 Regional on May 21 at Coleman. (Middle) Alma's Trinity Greer, left, pulls away in the 100 during the Shepherd Invitational on May 6. She'll run the 100, 200 and on the 400 relay at the LP Division 2 Finals. (Click for more from High School Sports Scene.)