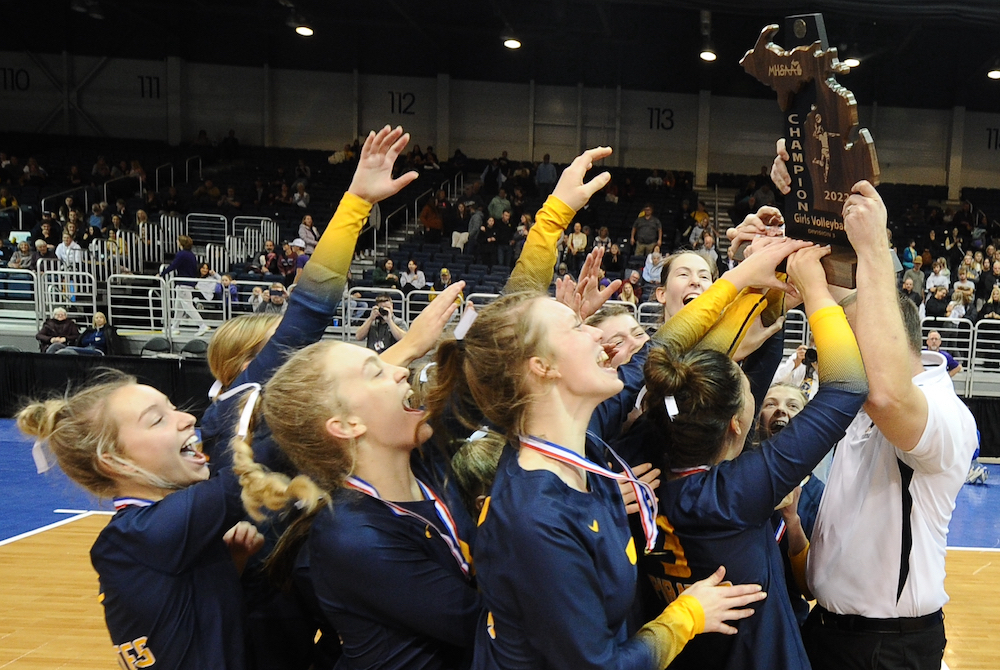 BATTLE CREEK – The message in the Pewamo-Westphalia huddle Saturday following a dropped third set was to get back to having fun.

The Pirates had been at their best all season while playing loose, and in the Division 3 Final with Kalamazoo Christian pulling to within a set, they didn’t want to let the pressure get to them.

Then Kellogg Arena provided an assist.

“Our team has a tradition of the ‘Cupid Shuffle,’” senior outside hitter Dani Pohl said. “It’s always on our playlist, and we always drop anything to dance to it. So, before the song came on we were just like, ‘We need to play loose. We play our best when we have fun.’ Then that song came on and we were like, ‘OK. This is our song. This is our set. We’re going to win this thing in four. We’re going to play loose and have fun. I honestly think the dance break just loosened everybody up. We knew what we needed to do, and we just went out there and did it.”

“The feeling really hasn’t set in yet,” said Pirates junior Taylor Smith, who had the match-winning ace. “It doesn’t really feel like we just did that. I think it’s really important for all of us, because not only did we do it for ourselves, we did it for our entire community. Everybody has been looking forward to this. We did something big, and it’s going to last us forever.” 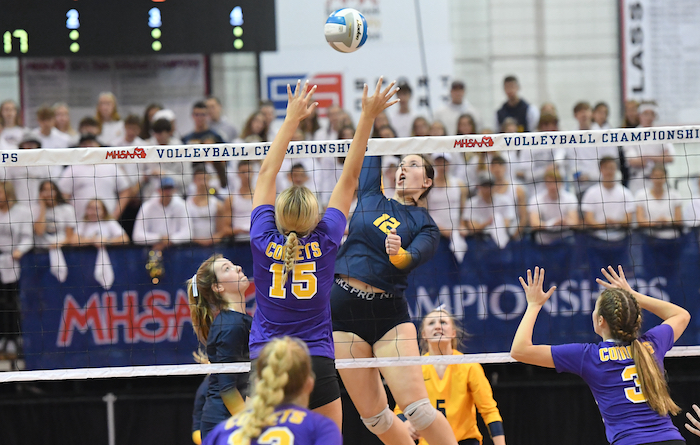 Pewamo-Westphalia has had plenty of success as an athletic department. But this trip to the Finals was the volleyball program’s first since a runner-up finish in 1994.

“The popularity of our sport right now, there’s been a lot of success over the eight years that I’ve been here, and the amount of kids we have coming out to play the sport right now is just humongous,” Pewamo-Westphalia coach Jon Thelen said. “Every time we are successful in something, more kids seem to show up out of nowhere. This is just a great way to keep the community growing and loving the sport. I have a feeling there’s going to be a lot more state titles ahead of this program.”

To get title No. 1, the Pirates had to hold off a scrappy Kalamazoo Christian team that didn’t blink when it went down two sets in its first Final since 1976.

The Comets battled through the third set, and built a 15-11 lead after a pair of kills from junior outside hitter Holland DeVries.

Pewamo-Westphalia (46-2-2) erased the deficit and eventually held a 20-18 lead before a back-and-forth finish tightened up the match at two sets to one. On Friday, Kalamazoo Christian had found itself in a similar position, going down two sets before coming all the way back to defeat Calumet in the Semifinal. 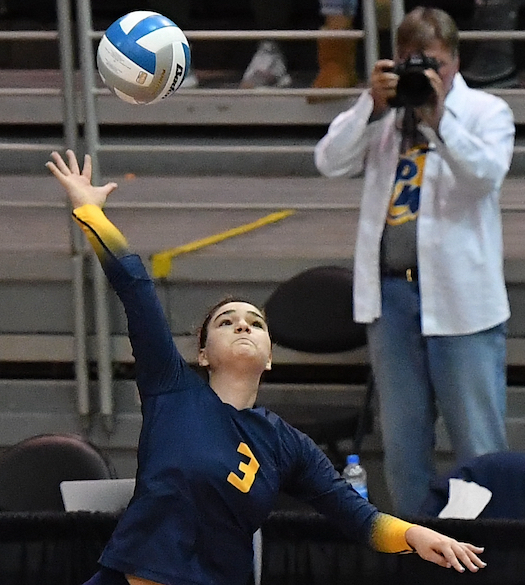 Of course, that wasn’t to be, as Pewamo-Westphalia took control of the fourth set relatively early, and built a 20-11 lead before eventually closing it out with Smith’s ace.

“I’m just proud of this group,” Thelen said. “We really battled all season, and it’s one of those things that started last year. I just kind of had this feeling going through the summer of what we were going to be able to do this year. I knew we were going to be very good, but how good, we just proved it today against a very good team.”

Saige Martin led the Pewamo-Westphalia attack with 13 kills, while adding 12 digs and three blocks. Pohl added 10 kills and 15 digs, while Smith had 36 assists and 11 digs. Sierra Schneider led the front line defensively for the Pirates with five blocks.

DeVries led Kalamazoo Christian with 17 kills and 16 digs. Marissa Fetterley added 11 kills and four blocks, while Makenna Ekkens and Hope Krichke each had 12 digs. Lola Stecker had 38 assists for the Comets (38-6-3).