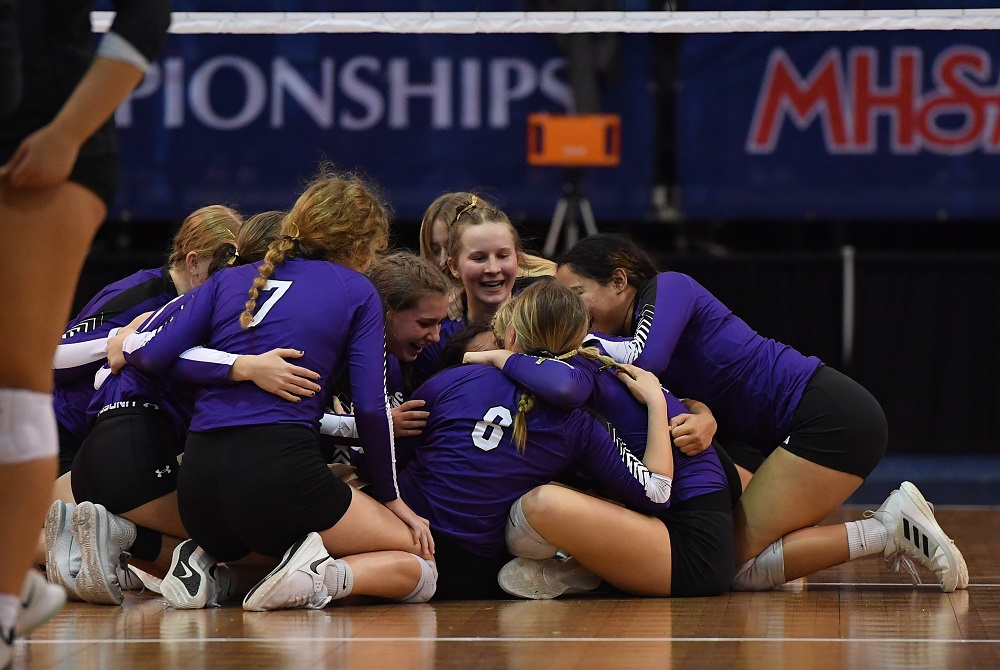 BATTLE CREEK – Two of this season’s four MHSAA volleyball championship pairings were decided during Thursday’s Semifinals, with a pair of first-time finalists set to play for the Division 4 title and the remaining Division 1 contenders meeting for the second edition of one of this regular season’s most notable matches.

Saturday’s first two Finals will see the following face off at Kellogg Arena:

Division 2 and 3 Semifinals will be played Friday. Click here for more. 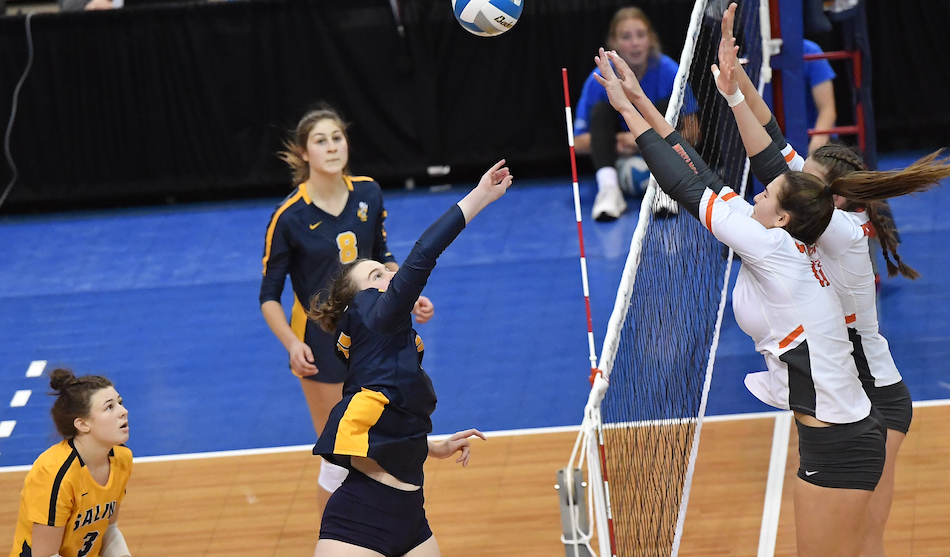 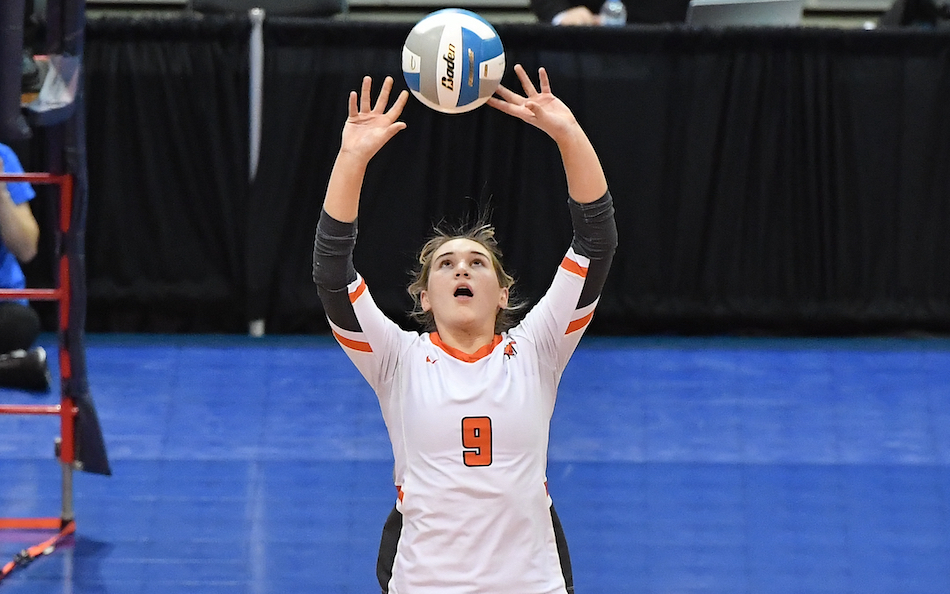 Mustangs setter Ella Craggs sets up her hitters Thursday. She finished with 45 assists, while Saline setter Laney Burns had 54. Both totals qualify for the MHSAA record book. 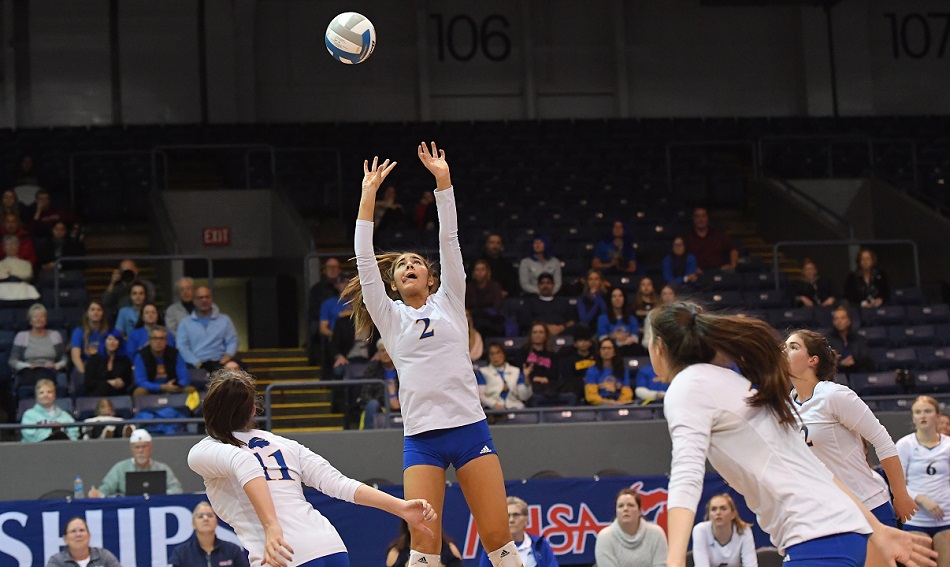 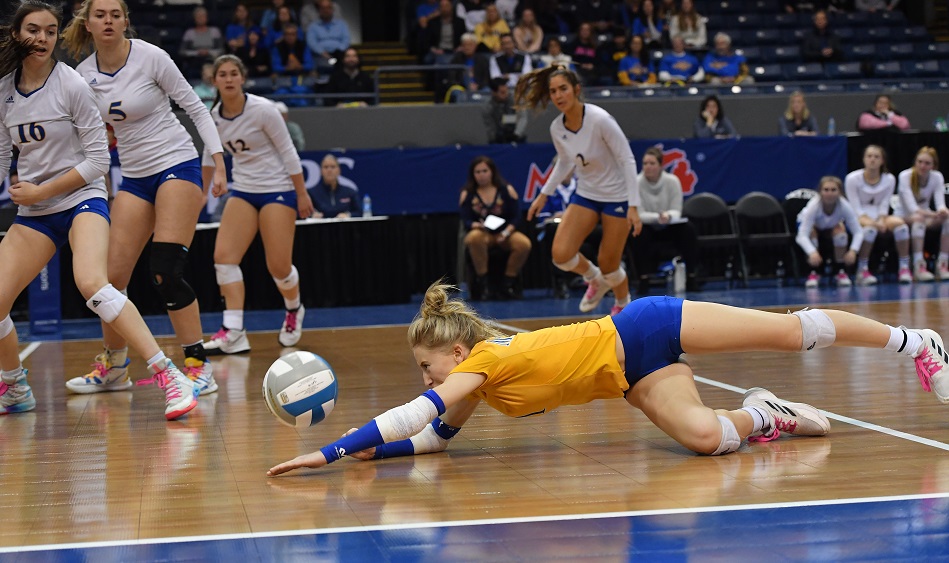 Mustangs libero Lauren Heming (1) dives to keep the ball in play. She finished with six digs and eight aces as the back-to-back reigning champions advanced. 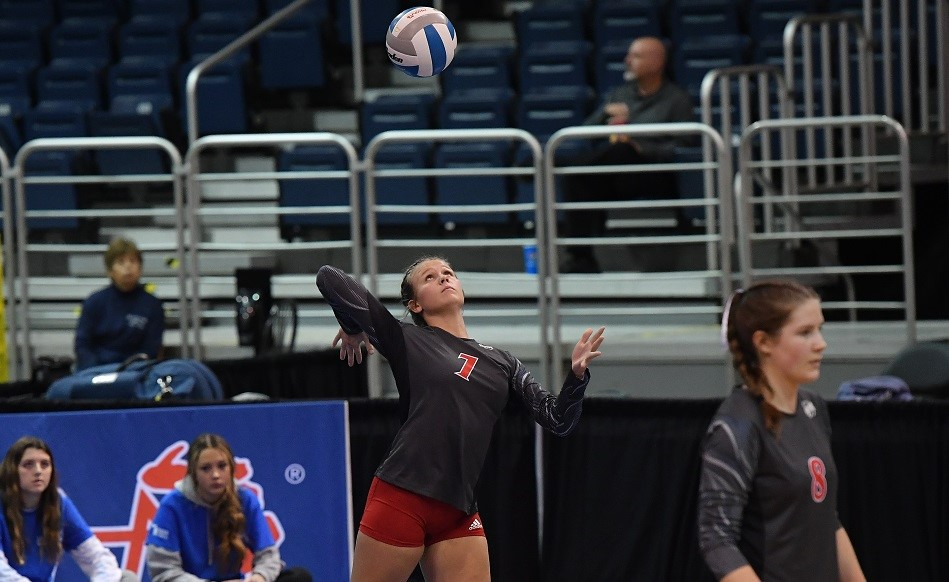 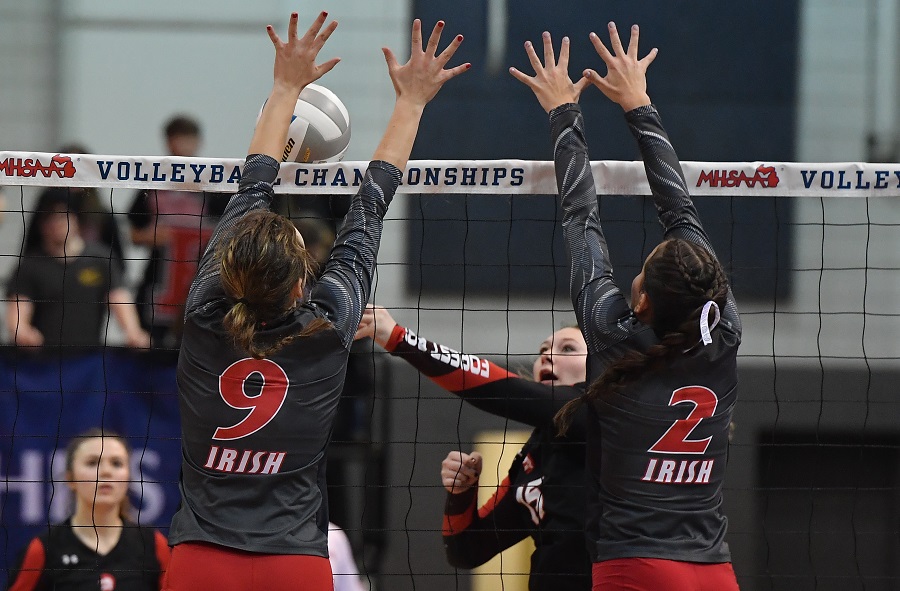 Sacred Heart’s Lillie Laney (9) and Sophie Hauck (2) put up a block on Forest Park’s Leah Feldhausen (15). Laney had a match-high 16 kills and Hauck led the team with 19 assists. Feldhausen had eight kills for the Trojans, who finished 16-5. 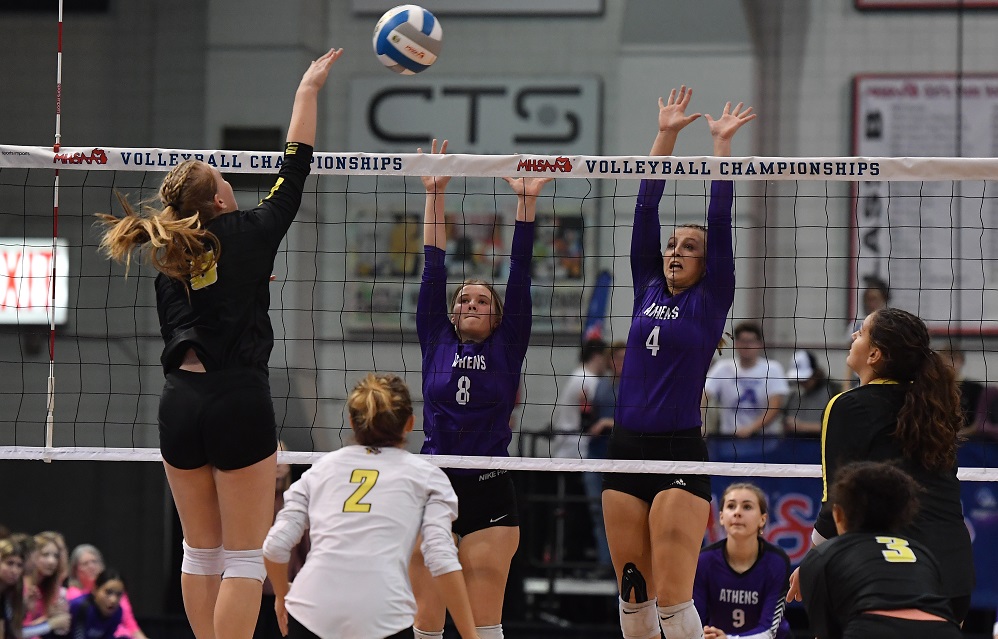 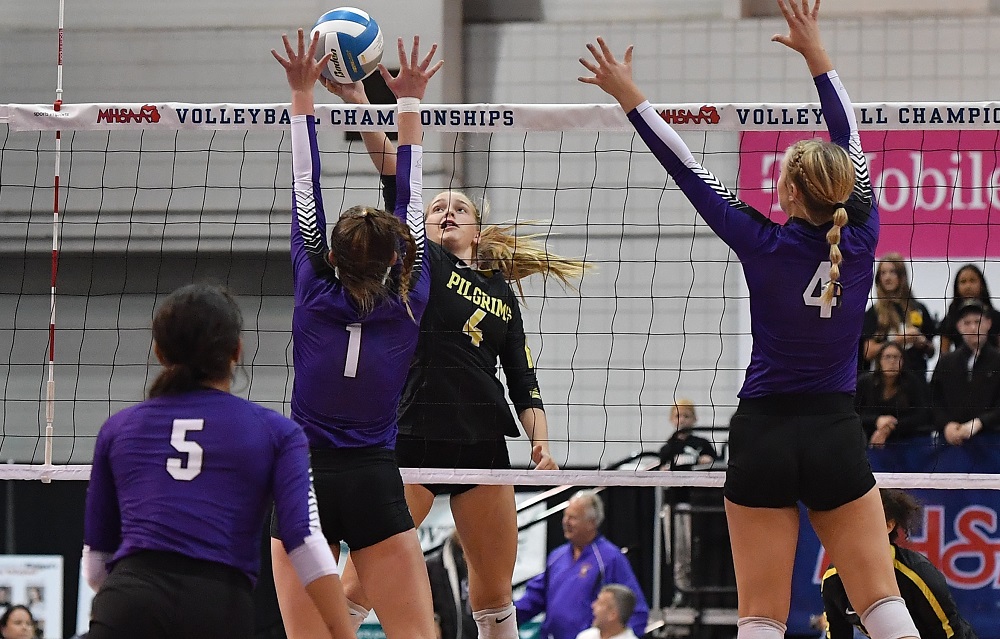 Lansing Christian’s Lydia Brogan (4) attempts to tip the ball over the net with Brubaker and Kylie Quist (1) defending. Quist led Athens with a match-high 11 kills, and Brubaker had a match-high 29 assists. The Pilgrims ended the season 30-12-1.

TOP PHOTO Athens players engulf each other after clinching their first trip to Finals day by sweeping Lansing Christian at Kellogg Arena.